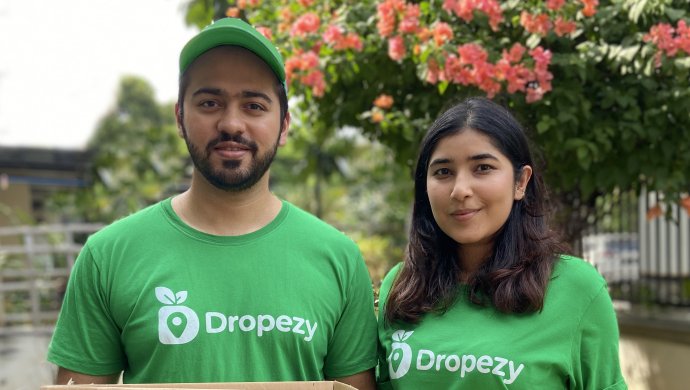 Dropezy, an Indonesian startup focusing on next-day delivery services for daily essentials such as groceries, has received an undisclosed amount in pre-seed funding from investors such as Taurus Ventures and Kopi Kenangan Fund.

Dropezy will also introduce a ‘pay later’ feature for its customers, as part of a company-wide strategy to scale up its business.

Also Read: How Loship gives its rivals a run for their money in Vietnam with a unique combination of food delivery and podcasting

“Grocery shopping is undeniably important, and yet an unnecessary amount of effort and time is needed to purchase your daily recurring needs. Dropezy aims to automate and simplify the shopping routine by becoming the first recurring-based e-grocery in the country and a one-stop shop, not only for fresh produce, but also non-perishable items,” said Chainani.

“We noticed our users do not mind spending time once a month to do their monthly shopping from bigger stores. However, it’s the daily and weekly shopping that accounts for almost 70 per cent of the total consumer spend and that’s what occupies most of their time,” added Chellaram.

“This is also aligned with Indonesians spending pattern, where they prefer to ‘buy small, eat fresh’, rather than piling up stock for a long time,” Chellaram further noted.

“We believe Dropezy has identified a significant need in the Indonesian household. The shift around purchasing behaviour, especially with busier young families, makes this a very compelling opportunity. Moreover, implementing a recurring-based model empowers the customer on multiple angles, such as the white label, on/off feature and building healthy habits,” said Hemant Bhardwaj of Taurus Ventures.