A game changer: Why direct access to payment systems matters in a consumer-centric world 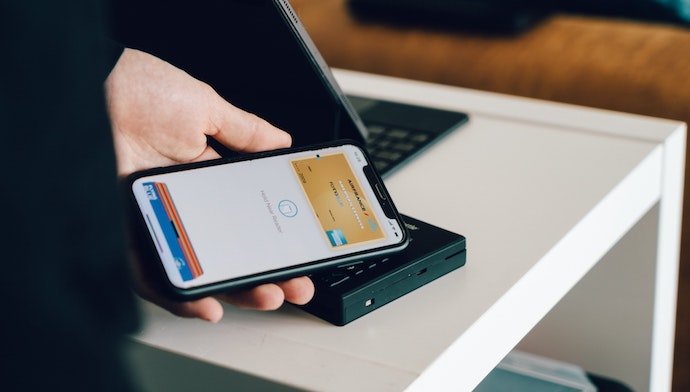 February 2021 marks a significant milestone for fintech in Singapore. Starting this month, the first wave of non-bank financial institutions (NFIs and fintechs), including Wise (formerly TransferWise) where I work, are now connected to FAST, Singapore’s real-time payment rails.

This is a momentous occasion not only for our journey in Singapore, but also a regulatory milestone that heralds the maturing of the local fintech industry. By giving firms access to FAST, previously the exclusive domain of banks, regulators are enabling greater competition and innovation in the payments space.

This is ultimately to the benefit of consumers, because if there is one thing that the pandemic has shown us about payments, it is that speed, reliability and near-universal access have never been more important in a world powered by instantaneous digital interaction.

A win for the Singaporean consumer

Whether it’s listening to music or taking an online class, consumers are benefitting from a better experience — one that is becoming faster, cheaper, more convenient and most importantly, offers a variety of choice, no matter where you are.

In contrast, the financial services industry has largely not kept pace; fintechs have gradually begun to fill this void by offering a variety of services that were traditionally the domain of the incumbent banks.

For the consumer, the benefits of this seemingly obscure change to the payments plumbing may not seem obvious. But, direct participation in FAST helps non-banks level the playing field with traditional banks, increases competition and allows fintechs to offer a better, cheaper and faster service in a digital world.

Beyond this, fintechs gain better control on the entire customer experience when connected directly to the payment system, rather than having this access through a bank.

Take international payments as an example. Even though sending an email around the world takes seconds and is virtually free, moving money across borders remains often incredibly slow, hard and expensive. This is because historically financial systems were built primarily with domestic needs in mind. Thus, sending money from one country to another involved having to move funds through a circuitous chain of banks across a number of borders 一 a system we’re still largely reliant on even with trillions of dollars moving globally.

This results in delays, inefficiency and most of all, high fees. A recent report from The World Bank’s Remittance Prices Worldwide showed that sending remittances costs an average of 6.75 per cent of the amount sent — far higher than the United Nations’ goal to push this down to lower than 3 per cent. More middlemen in the money movement process means additional costs and delays resulting in a sub-optimal experience for the end consumer, especially for small businesses.

The evolution of the UK’s real-time payment scheme, Faster Payments Service (FPS), is a great example of how opening direct access has encouraged competition and benefited consumers. For instance, the number of direct  participants increased significantly from 18 (primarily banks) at the end of 2017 to 33 today (with a significant number of fintechs), boosting competition in the payments space.

At Wise, we also were able to make payments cheaper by 20 per cent for our UK customers after we became the first non-bank to gain access to the FPS in 2018.  Here in Singapore, legacy regulation meant that until now, non-banks were walled off from this infrastructure. After months of investment and commitment to building a highly resilient FAST-compliant system and undergoing rigorous testing, we eventually gained the Monetary Authority of Singapore’s (MAS) approval for entry.

I’m excited to see that we are now live and look forward to building more competitive products that make payments even faster and cheaper for Singaporean residents. Congratulations are also in order to Grab, LiquidPay, MatchMove and Singtel who joined us this month in connecting directly to FAST.

The role of regulations

Fintechs are changing the status quo here. From neobanks such as Aspire who provide financial services to the underserved SME segment to Stashaway’s personalised wealth management solution for retail investors, new players are building innovative ways to navigate through the complex world of financial services to give consumers more options.

For the fintech sector to thrive, policymakers need to manage risks while encouraging growth. Striking this balance between regulation and fintech innovation is not easy, especially with the rapid speed of technological change. In this regard, MAS has often adopted a forward-thinking approach.

For example, in 2018, MAS removed the need for mandatory face-to-face user verification. This enabled us to onboard new customers digitally, and subsequently, with access to the MyInfo national database, complete this process for our customers in a matter of minutes. Other initiatives such as the Fintech Regulatory Sandbox and the recent guidelines for financial institutions to mitigate cyber risk are good examples of progressive regulatory responses.

As one of the centres of innovation in the world, Singapore is well-placed to foster a more open and transparent ecosystem that benefits consumers. I’m heartened to see Singapore leading the charge in the region to encourage constructive competition and closer collaboration.

The post A game changer: Why direct access to payment systems matters in a consumer-centric world appeared first on e27.