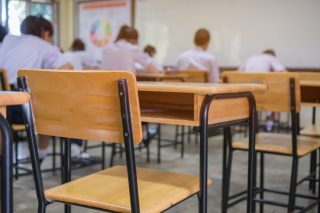 
The DA in the Eastern Cape says the provincial education department must be held to account for 72 schools which were unable to open at the beginning of the week due to a lack of safe and appropriate sanitation.

A member of the provincial portfolio committee on education, Yusuf Cassim, said the department had extra time to fix the problem as the reopening date for schools was pushed back by three weeks.

He added there were at least 100 schools in the province which required urgent sanitation and of these, 72 could not start the academic year due to a lack of proper sanitation.

Cassim said this was contained in a report compiled by the department which was presented to the committee recently.

The report identified 1,598 schools that have inappropriate and unsafe sanitation in the province.

Of these, only 979 were provided with temporary, leased mobile toilets in 2020, but these leases have not been extended to supply toilets in 2021.

“I will be reporting the department to the [SA] Human Rights Commission as they are denying children their constitutional right to education,” said Cassim.

He added: “I have tabled questions to the MEC [of education Fundile Gade] to elicit further information in this regard and for the department to account as to why so many schools are without these needed facilities, even after the start of the 2021 academic year was pushed to a later date.

“The Department of Education must start taking responsibility for its shortfalls instead of trying to paint a perfect picture while the learners, teachers and staff at schools are suffering.”

The Eastern Cape chairperson of the National Association of School Governing Bodies, Mongameli Peter, said it was concerned and disappointed that while school reopening was deferred, plans to fully prepare for pupils were not fully realised.

“We will continue to challenge the department on this and their entire government. Already we have arranged a meeting and will advance these issues in our meeting of 24 Feb.”

Cassim said it was unfathomable the department did not prioritise the dignity of the pupils.

News24 reached out to department spokesperson Vuyiseka Mboxela, and her response will be added once received.