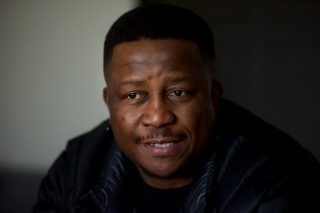 
The family of the woman who recently pressed charges against DJ Fresh (Thato Sikwane) have slammed the latter after he claimed on that a family member called him to discuss the rape allegations against him three weeks ago.

Replying to a tweet on Tuesday, where the woman was accused of being “a pathological liar”, DJ Fresh claimed that he told was exact same statement by a family member, however, the person “would not speak on record”.

“Aunt of her’s called me 3 weeks ago stating EXACTLY THIS!!! She wouldn’t speak on the record coz ‘family’,” DJ Fresh said in a tweet.

Aunt of her’s called me 3 weeks ago stating EXACTLY THIS!!! She wouldn’t speak on the record coz “family” ???? https://t.co/nYUG0DcsoH

The woman took last month to Twitter to accuse Fresh and Euphonik (Themba Nkosi) of allegedly drugging and raping her in 2011.

The rape allegations levelled against the two DJs has been dismissed by prosecutors as they were without “merit”.

The woman, however, was allegedly not formally informed of the outcome of the case according to non-profit organisation (NGO) Women Inspired Solutions for Empowerment (Wise).

Meanwhile, the Madikizela family has crushed claims that a call was made to DJ Fresh on the matter.

“This is a clear example of slander and defamation of character to damage our daughter’s reputation, character and integrity.

“We salute our daughter’s courage to stand up for herself and in doing so for the thousands of rape victims and survivors that are afraid to speak up and report rape and sexual assault in this country,” the family said in a statement on Wednesday.

The family said it would “not sit back and allow the launch of a smear campaign and the public character assassination of our daughter in the attempt to hide from the glaring ugly truth.”

It further called on DJ Fresh to “retract his false claims immediately”.

“Alternatively he must publish the name of the relative referred to the above as it is of great interest and importance to us as a family. He cannot be this naïve to think that he can publish such malicious allegation about our daughter and still have the privilege of hiding his source.

“Using narcissistic tactics to fight your case. Those days are gone. The movement against the abuse of women and rape continues, and we are fully behind it.”

Euphonik has also since labelled the woman as a “liar”, “extortionist” and a “scammer”.

“Lol because being a liar, an extortionist, a scammer and falsely accusing people you’ve never met isn’t profitable hey Get help,” he replied to his accuser’s tweet after she said she was broke.

Lol because being a liar, an extortionist, a scammer and falsely accusing people you’ve never met isn’t profitable hey ???? Get help. https://t.co/pzEISG7cwJ

The DJs recently parted ways with Primedia Broadcasting after they could not “find common ground with the company” following the allegations.