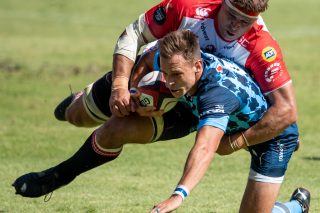 
The Lions will be looking at the Preparation Series with one definite goal in mind – to address their genuine lack of depth in their lock department.

After the recent departure of Springbok lock Marvin Orie, the Lions have been left thin, but they could be looking within their own ranks before bringing in a replacement for Orie.

However, the latter three enjoyed precious little game time in the Super Rugby Unlocked series and the Currie Cup, with Nothnagel mostly warming the bench and Schoeman and Van der Sluys scarcely utilised.

Ideally the Lions will look for somebody who can cover No 7 and lock, like Alberts.

At 36, Alberts needs to be managed this season, which will probably be his last in senior professional rugby, though he hasn’t come to a final decision yet.

The 23-year-old Nothnagel, a keen golfer and like Alberts a former Monnas pupil, would have learned a lot from Orie and Lions lineout coach Warren Whiteley, while Van der Sluys and Schoeman are primarily seen as No 4-locks and back-up to Alberts.

With the Preparation Series seen as an opportunity to blood new players ahead of the Rainbow Cup starting in April, several U-21 stars could also be given an opportunity.

The Lions open their Preparation Series next weekend against the Pumas at home, followed by an away game against newcomers the EP Elephants, while in their remaining two matches they face the Sharks at Ellis Park and the Stormers in Cape Town.