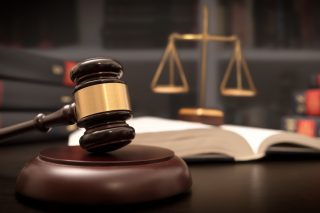 
A Free State prosecutor ended up on the other side of the dock when he appeared as an accused in the Phuthaditjaba Magistrate’s Court on Monday.

It is the same court where he is stationed.

Nkululeko Theophilus Ngcana was released on R1,500 bail after he appeared in court, facing charges of corruption and defeating the administration of justice.

The first in 2017, when he allegedly persuaded someone facing charges of operating a motor vehicle with a fraudulent licence disc to pay R600, so the charges could be withdrawn.

“The suspect agreed to pay R600 as persuaded by Ngcana. Later, the suspect realised that Ngcana did not withdraw the charges against him as agreed,” said Singo, adding that the person then opened charges against Ngcana.

Then, in January 2020, Ngcana is alleged to have received R500 from a police officer, who asked him to pay an admission of guilt fine on his behalf.

The fine was in relation to a charge of reckless or negligent driving.

“Ngcana took the R500 from the accused to pay on his behalf, but he did not pay to the court as agreed.

“The accused received summonses to appear in court for failure to pay the R500 admission of guilt. Upon enquiry at court, he found that Ngcana did not pay the R500,” said Singo.

Ngcana will be back in court on 10 March.