US ‘Bachelor’ host steps aside over racism row – The Citizen 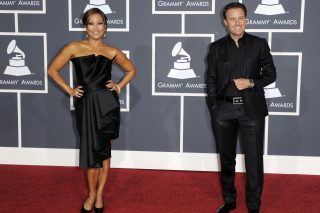 
Chris Harrison, the host of US reality TV dating show “The Bachelor,” has announced he is stepping down after he was widely criticised for comments he made about race.

On Instagram Saturday, Harrison said he had been wrong to defend a current contestant who had to apologise for attending a sorority party at a former slave plantation.

“By excusing historical racism, I defended it,” the 49-year-old wrote.

“I invoked the term ‘woke police,’ which is unacceptable,” he added.

“I am ashamed over how uninformed I was. I was so wrong. To the Black community, to the BIPOC community: I am so sorry. My words were harmful,” Harrison wrote, using an acronym for Black, Indigenous and people of colour.

Harrison, who has hosted “The Bachelor” since 2002, said that after consultation with Warner Bros. and ABC he will be “stepping aside for a period of time.”

He added he would also not participate in the “After the Final Rose Special.”

“The Bachelor” centres on a single man selecting a potential spouse from a group of women who compete for his affections.

Current cast member and perceived front-runner Rachael Kirkconnell has been criticised in recent weeks after photos emerged of her at an “Old South” themed party in 2018.

Kirkconnell has apologised, saying her “ignorance was racist.”

When Rachel Lindsay, who became the first Black lead on “The Bachelorette” in 2017, pressed Harrison on Kirkconnell during an interview on Extra TV this week, he defended her.

Harrison downplayed the photo, saying there was a “big difference” between a photo taken in 2018 and 2021.

Lindsay replied by saying the photo was “not a good look ever.”

He first apologised on Thursday, but a petition calling for his removal quickly swelled, and had reached almost 40,000 signatures on Sunday.