As Bitcoin crashes through R700k is it cheap at the price? – The Citizen 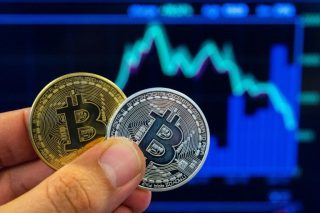 The company also plans to start accepting payment in bitcoin for its cars.

Whether we are in bubble territory or not is a question that has been pushed to the side, as bitcoin’s price heads into unchartered territory.

It’s worth pointing out where bitcoin stands in the rankings of the world’s largest assets. This week it sailed past Tesla, Facebook and Alibaba in terms of market cap, and many are suggesting it won’t be long before it knocks Apple, the world’s biggest company by market cap, off its perch. A question readers are asking is whether it is too late to board this train, so it’s a question we put to crypto experts:

All respondents point out that none of their opinions constitute financial advice, and that cryptos are volatile investments that can expose you to risk.

Unlike equities or other asset classes where traditional valuation approaches – such as discounted cash flows, multiples or comparables – can be used, bitcoin and crypto are so new and different that traditional methods of valuation simply don’t apply. Bitcoin has no cash flows to discount, no revenue or profit to multiply and nothing else obvious to compare it to.

The closest asset class we can compare it to is gold, which is valued at $10 trillion to $12 trillion and many in the crypto space proclaim bitcoin to be ‘digital gold’. As such, if bitcoin hit parity with gold in terms of market cap, we’d be looking at a price per bitcoin of over $500 000 (more than R7 million).

The thing is that whenever something digital has replaced its analogue version, the digital version has always been much larger.

So is bitcoin cheap? In the long run I think it’s still incredibly cheap. But will there be a lot of volatility and can the price go down from here? Absolutely.

Our fundamental market cycle model which encompasses six different ‘on-chain’ indicators [using data from the Bitcoin blockchain] is at levels last seen in April 2017. From a fundamental perspective, all stakeholders are still far from being overheated.

The wave of sophisticated capital entering the space also serves as tailwinds for this cycle.

Of the 21 million bitcoin that will ever exist, 88.69% are in circulation. There are approximately 900 bitcoin per day that continue to enter the circulating supply through the mining reward, which means that (bitcoin) miners are receiving around $41.5 million (R614 million) a day in revenue.

There are consistently more than one million active bitcoin wallet addresses each day and the network saw more than $17 billion (R251 billion) in on-chain transaction volumes in the last 24 hours. That is an annualised transaction volume of over $6 trillion (R89 trillion), which is about half of Visa’s annual payment volume.

Some 60% of all wallets have not moved their bitcoin over the last 12 months. This includes hundreds of percent in appreciation and even one day where the bitcoin price dropped 50% in US dollar terms.

Simply put, bitcoiners are not selling their bitcoin.

Thus, it is arguable that if you are buying crypto and bitcoin for the long term, HODL (hold on for dear life). Then it is always a good time to consider buying bitcoin. However, if you’re simply trying to make some money, the high volatility may be risky.

Bitcoin is certainly still cheap at the price. It’s heading towards R1 million and is on the verge of going parabolic. Cryptocurrencies are here to stay, and it’s gone mainstream. If you’re in the camp that thinks bitcoin is a scam or is not real, you are saying that your knowledge is better than the richest man in the world, and the top 500 businesses in the world. Elon Musk, arguably the richest man in the world, has just announced that Tesla has put $1.5 billion or 15% of the company’s cash reserves into bitcoin in the last few days.

Ethereum at about R27 000 is about to overtake gold, currently trading at R28 200 an ounce. Ethereum has problems: it’s too slow and doesn’t scale, and while this is true, it continues to hit all-time highs. I see Ethereum at R50 000 by the end of this year, which is double where it is now, though many people believe it will go much higher than this.

Michael Saylor of MicroStrategy [which has acquired more than 70 000 bitcoin using internal treasury funds] invited the top companies in the world to explain how to convert fiat money into cryptos. Bitcoin has been giving us returns of over 200% a year since inception, and in my opinion is the best investment ever. I agree with Saylor that the only time to sell bitcoin is when something better comes along, and I don’t see anything better on the horizon.

Bitcoin is a difficult asset to value, however I do have strong conviction that the price now is significantly lower than it will be in five years’ time. Timing the market is very difficult and playing the long game is easy in my opinion.

In short, I think if you are buying on a five-year time frame, bitcoin is very cheap.

Whether it goes down from here is hard to say, but very possibly.

Of course there are those like ‘Dr Doom’ Nouriel Roubini who say bitcoin’s fundamental value is zero “and would be negative if a proper carbon tax was applied to its massive polluting energy-hogging production, I predict that the current bubble will eventually end in another bust”.

Roubini is professor of economics at the Stern School of Business at New York University, and has long been a critic of crypto currencies.

This article first appeared on Moneyweb and has been republished with permission.