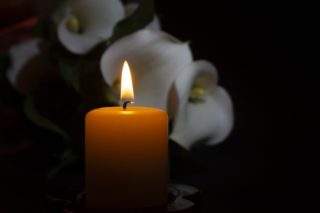 A close up of an orange candle and flame and lily flowers on a dark background. Image: iStock.

A white Honda and a red Haval collided, killing two people instantly. Two other injured people were immediately taken to the hospital.

Three people died and one was seriously injured in a collision between two passenger vehicles on the R101 in Bela Bela, Limpopo.

The accident happened late on Friday.

“It is alleged that a white Honda and a red Haval collided, killing two people instantly. The two injured people were immediately taken to the hospital for medical treatment but later, one of them, a woman, succumbed to her injuries. Only one person survived with serious injuries and he is still in hospital,” provincial police spokesman Colonel Moatshe Ngoepe said.

A culpable homicide case was opened.

Ngoepe added that they were in the process of identifying the victims.