Savanna throws shade at the 2021 Men’s Conference – The Citizen 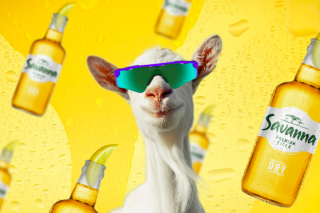 
After having to issue a statement earlier this year distancing itself from what it calls “irresponsible and damaging consumer-generated social media activity,” Savanna Cider has once again had to put some distance between itself and a widely circulated social media image.

This time, the image in question relates to the 2021 Men’s Conference.

What the heck is the Men’s Conference?

According to a previous explanation by The Citizen, the annual Men’s Conference is a three-day-long, imaginary conference set to take place from the 14th of February 2019 to the 16th and has been developed as a means to help boyfriends and husbands across South Africa avoid doing something nice for those they claim to love.

The idea started as a joke years ago but every year, men have managed to open their imaginations instead of their wallets and dream up scenarios, speakers and an agenda for the non-existent event, all from the comfort of their phones.

No man is remaining behind, we are coming door to door no excuse, all men must attend #MensConference2021 pic.twitter.com/FcrWjIBA3l

Our Indian counterparts arriving in time for registration. #MensConference2021 pic.twitter.com/89hoscdPRX

Drafting a letter for my wife explaining that the #MensConference2021 will take 4 weeks ???? pic.twitter.com/HTxktqmKEh

This year has been no different with some even going as far as to dream up imaginary beverages but Savanna was not having it.

After a Twitter user shared a mock-up image of a bottle of Savanna Vodka, Savanna jokingly cautioned “Hi there, please note that the image is fake, just like the men’s conference. Ya’ll keep safe.”

Hi there, please note that the image is fake, just like the men’s conference. Ya’ll keep safe. https://t.co/DNZYrahmS2

Earlier this year, the brand was repeatedly tagged in a series of social media posts, dubbed “Savanna Challenge”, showing consumers downing Savanna bottles in one go or balancing them on their heads and other body parts.

All of this as the country was in the throes of the coronavirus pandemic, warranting the need for social distancing along with increased responsibility in public spaces and at events.

Savanna said the challenge was initiated by consumers.

“[It] is in no way initiated, supported or promoted by the Savanna brand,” according to its marketing manager, Eugene Lenford.

“We promote responsible drinking and encourage consumers to engage and continue to tag the brand on their responsible and safe memorable moments. We do not encourage binge drinking or any kind of risky behaviour and we ask that people pace themselves and know their limit,” added Lenford in a statement.

I am a huge fan of the SAVANNA SS 2021 Resort collection
the models have taken the iconic branding to avant-garde levels.
It is not dry but you can style it.
iconeeq pic.twitter.com/mRJJwdEk9F