Lockdowns contradict a century of pre-Covid science – The Citizen 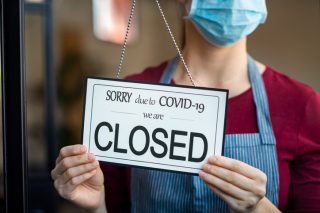 
The following is a right of reply by Pandemics Data and Analytics (Pando) to the article Panda’s Covid-19 claims ‘less than scientific’, unhelpful.

Panda was formed by private individuals who noticed that a lockdown was being imposed in South Africa without any impact assessment. Our principal observation was that before a rational decision could be taken to impose lockdown measures designed to save lives, the government needed to know how many lives would be impacted as a direct result of the lockdown.

We assembled a team of experts including in medicine, economics, actuarial science and statistics and we set about calculating the cost ourselves. We did this out of love for our country and our fellow citizens.

There was a fair personal cost attached to the work we did.

Like you, we were struggling with the stresses of an uncertain professional environment and having to learn to become teachers to our children. We burned the candle at both ends and as Panda grew so did the reputational risk of being involved. Many of our members could not handle the pressure brought to bear on them through their professional associations and employers or
simply from the realities of trying to work for Panda and put food on the table.

We carried on because the work we have done has convinced us that the lockdown will result in severe hardship for the average South African. We see that it will shorten lives, it will transfer wealth from the poor and the middle class to the rich thereby widening the wealth gap and it will entrench the privilege of the Zoom class by insulating the rich who are served by those who
cannot afford to stay home and social distance.

Given what has been sacrificed with good intention, you can imagine the temptation to respond angrily to baseless accusations that we are purposefully spreading misinformation or part of a conspiracy to somehow hurt people.

Suffice it to say that the blog suggesting that Panda is part of a conspiracy coordinated by an ex-employee of Cambridge Analytica is such a tawdry concoction of nonsense from a journalist Vanity Fair described as conspiracy peddler published on a controversial “platform for freelance reporters and writers to produce fearless journalism not found in the mainstream media,” that we will not respond directly to it here.

Freedom of speech and the pursuit of science go hand in hand. In the 17th Century Galileo was sentenced for heresy for suggesting that the earth revolved around the sun. In the 20th Century, Einstein’s work on relativity roused violent animosity from the German right wing and when the Nazis came to power, his books were burned, his property seized and he was deprived of his posts in Germany.

Einstein himself said, “[F]reedom of communication is indispensable for the development and extension of scientific knowledge … it must be guaranteed by law. But laws alone cannot secure freedom of expression; in order that every man may present his views without penalty there must be a spirit of tolerance in the entire population.”

If Panda’s research was so obviously wrong, there would be no need to push conspiracy theories about us, no need to use straw man arguments against us, labelling us “anti-vaxxers” or “Covid-deniers”.

If you listen carefully to the argument being made against Panda, it is essentially that ideas are dangerous – that dissenting views must be silenced because the virus can only be beaten if everyone falls in line behind government’s strategy.

Ironically, because you will hear that argument coming from people who call themselves scientists, the presumption that ideas can be dangerous, is the most unscientific belief one can have. As the famous physicist, Richard Feynman, said: “Learn from science that you must doubt the experts.”

As a matter of fact, I can also define science another way: Science is the belief in the ignorance of experts. When someone says science teaches us such and such, he is using the word incorrectly. Science doesn’t teach it; experience teaches it. If they say to you science has shown such and such, you might ask, “How does science show it, how did the scientists find out, how, what, where?” Not science has shown, but this experiment, this effect, has shown.

And you have as much right as anyone else, upon hearing about the experiments (but we must listen to all the evidence), to judge whether a reusable conclusion has been arrived at.

Panda’s core contribution to the Covid-19 debate has always been our multidisciplinary research into the impact of lockdown. We have watched with horror as dissenting voice after dissenting voice is silenced. And for this reason and with an explicit disclaimer, we published a summary of Covid science produced by Dr Denis Rancourt.

The Citizen quotes Prof Jo Barnes of Stellenbosch University, which famously told government that as many as 351,000 people
would die in the first wave in South Africa.

Prof Barnes’ critique is not of anything Panda itself has said but of Dr Rancourt. She says that she has not had time to study Dr Rancourt’s work, but does not hesitate for a moment to criticise it. She also effectively makes it Panda’s job to prove that lockdowns don’t work.

This is not only a corruption of the scientific process, but contrary to medical ethics which is based on the ‘first, do no harm’ principle which puts the onus on the person seeking to implement a novel measure to prove its efficacy.

The idea that lockdowns can be used to control a viral outbreak is the novel idea. It is the pro-lockdowners who are proposing something controversial. Lockdowns contradict a century of pre-Covid science. And so the onus is on those who propose lockdowns to prove that they work and do not cause harm.

What Panda has been saying since May 2020 is that none of the governments who have implemented lockdowns did any impact assessments and that they ignored the emerging evidence that lockdowns were not demonstrating the benefits modellers had anticipated.

They implemented lockdowns despite decades of development work on policy guidelines that declared them to be unwise measures, because there was a perception that lockdown had worked in China and because they blindly followed other countries.

Those in the healthcare community (government employees, academics, etc) realised that the restrictions on freedom that lockdowns implies would be difficult to implement and sustain in societies that value freedom of movement, occupation and speech.

Lockdown supporters squash dissenting views for this reason – because they know that it is vital to curb free speech in order to create the authoritarian environment that is necessary to implement and sustain lockdowns.

We urge people to go and have a look at the facts about Sweden’s experience of the pandemic. Modellers and mainstream media outlets opined that, if Sweden failed to lock down it would experience 100,000 excess deaths.

They have almost no excess mortality for 2020 after taking into account their light 2019 year and changes in population structure. They have the best performing economy in the region. And despite press reports since early in the outbreak that Sweden would imminently impose lockdowns, they still have very mild restrictions in place.

By contrast, South Africa implemented one of the most stringent and longest lockdowns in the world and yet the NICD tells us that we have the worst age-based mortality in the world.

Panda does not claim to have all the answers. We have made mistakes and we will make more. We make those mistakes publicly, we revisit our work when we receive reasonable comments and we admit mistakes when we recognise them.

We firmly believe that the truth can only emerge from a marketplace of ideas and that the marketplace must be kept open by allowing ideas to be expressed. We believe that our critics should focus on what we say rather than how we say it or who expresses similar ideas to ours.

Many who were angered by our original points about lockdown, now own up to agreeing with them, but have dug up other reasons for carrying on being angry with us.

We would encourage our critics to see each of the individual members of Panda as real people, exercising a basic democratic right, and we believe that if they do those things, they will start to see some of the problems with the current approach to dealing with this virus.