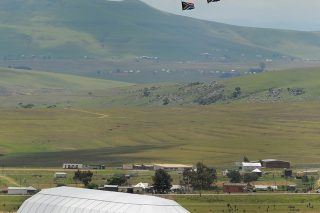 The suspects allegedly defrauded the national government of up to R10 million in the procurement of transportation and booking of venues.

Fifteen suspects, including high-profile Buffalo City employees, prominent political party members and businessmen, are set to appear in the East London Magistrate’s Court on Friday to face fraud charges relating to the funeral preparations of the late Nelson Mandela.

The Hawks said the suspects defrauded the Buffalo City Metropolitan Municipality of up to R10 million in the procurement of transportation and booking of venues during Mandela’s memorial service and funeral preparations.

“The serious commercial crime [team] of the Hawks in East London has conducted a thorough investigation which led to the arrest this morning,” said Hawks spokesperson Colonel Katlego Mogale.

“The Eastern Cape provincial head of the directorate for priority crime investigation Major-General Obed Ngwenya lauded the serious commercial crime investigation team for ultimately bringing the perpetrators to justice for squandering resources during a period when the country was mourning the death of an icon.”

An earlier version of this article erroneously claimed that the suspects allegedly defrauded national government. It has now been corrected to say the Buffalo City municipality.