ANC councillor in court for allegedly attacking cop – The Citizen 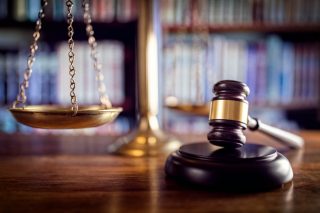 
An ANC councillor and six other men have been accused of attacking a Waterval Boven police constable on 28 December.

The councillor, Themba Nelson Masha, and his six co-accused, Vincent Mazibuko, Comfort Mashele, Sibusiso Tshehla, Siphamandla Stanley Sekwane, Phorano Dawti Masha and Kenneth Mbongiseni Madonsela, have already made an appearance in court and will make another one next month.

They are currently out on bail on condition that they do not come to the station or interact with the victim.

“The next thing I knew, there were seven men around me, slapping and kicking me. All I could think to do was to cover my face and wait for my colleagues to intervene,” said the Waterval Boven police constable, who asked not to be named out of fear of victimisation.

The officer said the station received complaints from community members regarding a “very loud party” at a local chicken dust (a stall selling hot food on the roadside) on December 26, lasting until at least 4am the following day.

“On Monday December 28, we went to the chicken dust that we received the complaints about. I went with our acting station commander.

“We found three men inside the store with some crates full of liquor and other empty crates. We asked for the manager and councillor Masha came inside, saying he was the manager,” said the constable.

“He spoke to the station commander and told him ‘not to entertain this b*tch’. He also said that I wasn’t from the area and I should go back where I had come from.”

The officer said they had gone back to the station and found out that the chicken dust was operating under another community member’s liquor license, so the police contacted this woman and told her to have the alcohol removed from the store as the alcohol ban was still in full effect.

“The woman with the license called the councillor and told him to remove the liquor. We went back to the store to monitor, and then when we got back to the station, we saw Masha’s car parked near the station at the roadside, facing oncoming traffic.”

The constable said when she tried to enter the station, the councillor threw off her police cap and slapped her. Then the six other men joined in.

“They pulled my weave off. I was just trying to cover my face. I felt completely numb, because it had happened so quickly.”

She said her colleagues managed to pull her from the crowd and get her inside the station using an entrance to the court.

“I was in uniform. I was on duty. This is the first time I had ever experienced anything like this.

“He was arrested, but I don’t really know if justice will be done. I am just trying to cope.”

Mpumalanga police spokesperson, Brig Leonard Hlathi, confirmed the incident and said the councillor would make his next appearance on March 3.

When Lowvelder tried to contact the councillor for comment, he did not answer the calls and blocked the journalist on WhatsApp.

In 2018, the newspaper documented several protests in the Waterval Boven area following the brutal murder of a community member.

Residents alleged at the time that a gang led by the councillor had been involved with the death. Some community members protested in a bid to have the councillor removed from his position.

This article was republished from Lowvelder with permission