Here’s why universities are turning towards blockchain partnerships and bitcoin 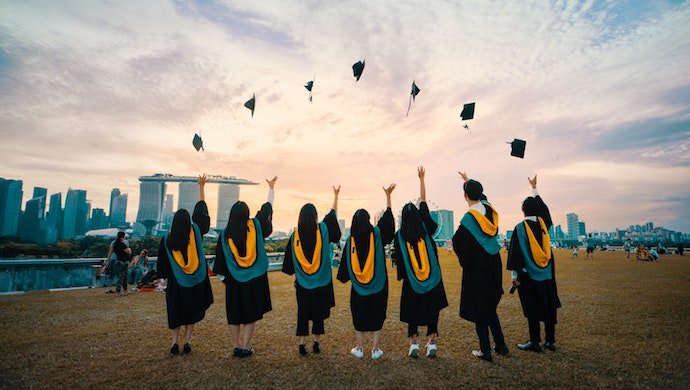 Blockchain technology continues to further permeate the world in which we live while disrupting legacy systems and improving efficiency. One area where this may be clearly seen is in the sphere of higher education, where partnerships between technology companies and universities are helping to develop some of the most exciting real-world use cases.

Blockchain technology in higher education primarily dates back to October 2017, when the University of Melbourne became the first university in the Asia Pacific region to issue recipient-owned credentials via the nascent technology — effectively ensuring that credentials remain owned by the recipient and verifiable by third-parties, even if the issuing institution ceases operation.

Though late-2017 and early-2018 was a speculative bubble for blockchain projects, a 2019 report from Gartner found that 18 per cent of respondents planned on deploying blockchain solutions within the following 24 months— a trend we indeed saw play out in 2020.

Today, many institutions for higher education around the world — including Princeton, MIT, Harvard, UC Berkeley, the University of Central Asia, and the Asia Pacific University of Technology and Innovation, and many others — feature at least some degree of blockchain education and regularly publish academic papers on the emerging technology.

Additionally, some Ivy League universities — such as Harvard, Yale, Brown — have been using cryptocurrency exchanges to directly gain exposure to digital assets, following investments from Ivy League endowments via venture capital funds in 2018.

Putting heads together for real-world use cases

The use cases for blockchain technology in higher education are readily evident. As secure databases, blockchain solutions may improve record-keeping, increase procedural efficiency, create new avenues for payments, and fundamentally alter for-profit institutions’ business models. Blockchain studies also encourage some of the brightest minds in this relatively new field to apply for admission to universities interested in fostering their personal development.

However, the potent combination of blockchain technology and higher education doesn’t end with universities’ simply utilising blockchain solutions. Rather, it also extends to partnerships that aim to develop various industries.

More specifically, the research centre is focusing on improving efficiency in the medical biotechnology industry, providing solutions for agricultural and fishery sales record management, developing fintech applications and smart logistics, and promoting renewable energy management, among other real-world use cases.

In another example from earlier last year, Tokyo-based NTT Research, Inc.’s Cryptography and Information Security Lab separately partnered with UCLA and Georgetown University to research the theoretical aspects of cryptography and the utilisation of a world-wide blockchain research testbed, respectively.

Universities have always played a role in both the education and fostering of innovation of emerging ideas. As such, partnerships between blockchain companies and higher-education institutions are crucial to the further development of real-world use cases for cryptography and blockchain systems.

Unfortunately, the ongoing COVID-19 pandemic has, according to the University of Illinois Springfield’s Ray Schroeder, decelerated the blockchain-focus from many institutions of higher education— which found their IT departments over-burdened by the need to adjust to a learn-from-home model.

This need to adapt has opened the door for more university partnerships with companies— such as the aforementioned collaboration between Maxonrow and the National Chiao Tung University — and it stands to reason that the trend will continue throughout 2021 and beyond.

The post Here’s why universities are turning towards blockchain partnerships and bitcoin appeared first on e27.