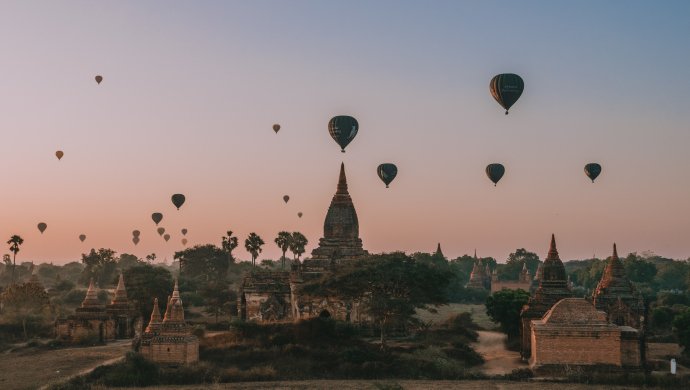 It has been a whirlwind week for those in Myanmar.

After weeks of worsening political tensions, the Burmese military staged a coup on Monday with the detention of civilian leader Aung San Suu Kyi and key government officials from the ruling National League for Democracy (NLD) in an early morning raid.

Soldiers occupied roads in the capital Nay Pyi Taw and economic centre Yangon. International and domestic broadcasting channels, including the state broadcaster, went off air as the military tightened its rein on any potential fallout from the coup.

For a moment, the Burmese population was disconnected from the world as internet and phone lines were cut off. The military moved swiftly to “shuffle the cabinet” by Monday night, announcing the removal of 24 ministers and deputies across portfolios including finance, health and foreign affairs.

Despite the sensational nature of the takeover, there has been no major violence reported.

“This coup brought back old memories of the same situation that happened in 1988 where there was a lot of riots, violence and bloodshed. One good thing this time is that people on the ground are adopting a more peaceful approach to the situation,” Nay Min Thu, Managing Director of property portal iMyanmarHouse, told e27.

Also Read: How did emerging markets in Southeast Asia fare in 2020?

Thu shared businesses have been affected and many, including iMyanmarHouse, had to temporarily close their offices. For companies who have continued to adopt remote working practises, the impact on their businesses was less severe.

Justin Sway, CEO of digital classifieds platform ShweProperty (run by MMOne Group), shared his businesses have not experienced an impact to operations thus far as they have remained under COVID-19 business continuity plans.

Hoping for the best

Despite the varying impact on Myanmarnese businesses, one thing remains clear. A peaceful transition of power (either to a military or the NLD-led government) would represent the best solution.

“The business community is hoping that the military will maintain power for one year, hold another election and return the power to the elected civilian government,” Thu said.

“We hope this does not hinder the continued successful growth and GDP that Myanmar has been experiencing in recent years,” added Sway.

Financial data firm Fitch Solutions told BBC Asia that prior to the coup, strong economic growth of six per cent was expected for the next financial year. However, it now expects the growth to be cut in half due to impending economic sanctions resulting from the coup.

Also Read: How understanding culture can drive the digitalisation of payments in Myanmar

The country cannot afford an economic slowdown. With poverty rates at an all-time high of 27 per cent, economic sanctions could wreak havoc and bring about unnecessary social unrest.

iMyanmarHouse’s Thu further said the coup could set off a domino effect, with those residing in the low-income tier suffering the most. “The economy has already suffered because of the pandemic, and we are hoping that the current situation is not adding fuel to the fire.”

With the political certainty of Myanmar shrouded in uncertainty and the situation remains volatile, it is anyone’s guess on how the situation will pan out.

However, startups e27 spoke to remain optimistic about their business. Thu opined that iMyanmarHouse remained profitable and cash flow positive despite the lockdown last year and had experienced strong sales in January 2021.

“The real estate sector remains one of the fastest-growing sectors here. Hence, I strongly believe we will emerge stronger for the current situation as well,” he shared.

Meanwhile, Sway is going ahead with his business continuity plans set during the pandemic. He added MMOne is looking to invest in new products and services to better serve customers and gain an advantage over their competitors. This would allow the group to better position itself to rebound stronger post-coup, he noted.

Despite reports that foreign investment into Myanmar has slowed, Foodpanda recently announced it was moving ahead with its Myanmar expansion, as per a Reuters report. However, the food delivery giant noted that it was monitoring the situation and would assess that before committing to a number of stores.

Nonetheless, we should not be deceived by the seemingly positive outlook shared. It is likely startups in Myanmar would be negatively affected by the impending sanctions and decreased foreign investment into the country.

The effect of decreased foreign investment would have a greater impact on startups than traditional corporations, given the increased reliance on the venture capital by these early-stage companies.

It is certainly a pity the military had to resort to such ways to express its disdain at the elections. Myanmar was just beginning to see a beacon of hope with the economy growing at over seven per cent y-o-y since the country’s opening in 2011. In the same time, poverty almost halved to 25 per cent in 2017, as per the World Bank data.

All we can do now is hold our breath and hope the situation would play out peacefully, with the military returning control of the government to the civilian leaders after a year – as what Nay had hoped.

Until then, it seems the military is playing a zero-sum game with the economy and livelihoods of 54 million at stake.

The post How the coup d’état would play out for Myanmar’s startup ecosystem appeared first on e27.