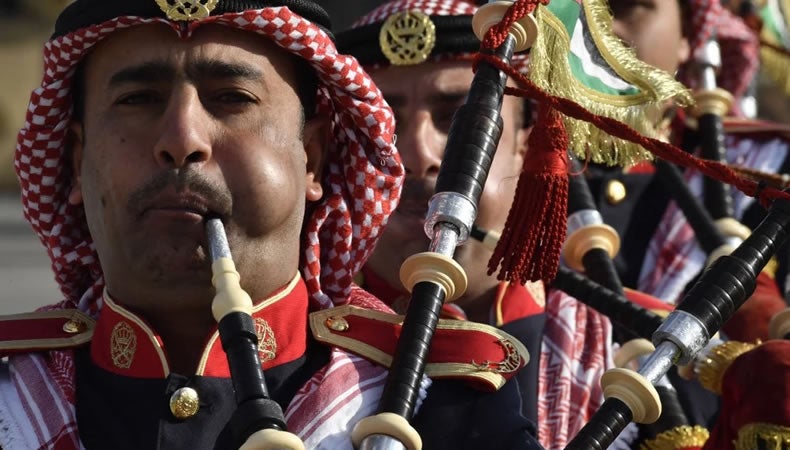 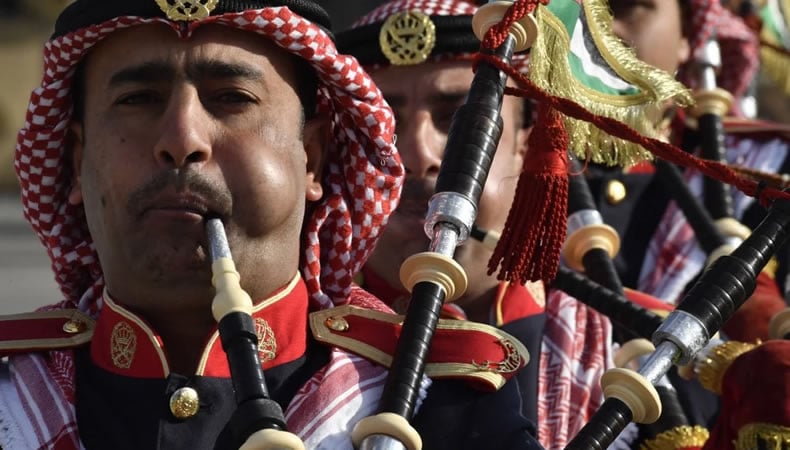 When it comes to musical heritage, the Middle East is above reproach, and the countrys’ musical spectrum ranges from the orchestral ballads of Umm Kulthum to the raucous and primal tones of the Mahraganat scene.

Middle Eastern music has a lengthy history and was not brought by outsiders; it is part of the region’s cultural heritage.

Let’s take a look at 3 famous instruments from middle east musical heritage, you may be surprised to know their origins & history.

Bagpipes were originally reported in Egypt around 400 BCE, and the first ones were constructed of dogs’ skin and bone.

Historians believe that Roman invaders brought the piper to Britain after capturing sections of the country during the 1st century CE.

According to other estimates, it was initially used approximately 1000 BCE in Alacahoyuk, Anatolia.

Ancient bagpipes have a single drone with a chanter to create music. A third drone was added in the 1700s, opening the path for modern bagpiping.

It’s possible that the popularity of the instrument can be attributed in part to the high number of pipers who were recruited for military service during World War I and II.

While the exact history of the Tambourine is a matter of discussion, it is widely accepted that it originated in the Middle East.

Women with tambourines have also been discovered in tiny figurines and Sumerian statues dating back to 2000 BCE.

The instrument was also utilized in religious rites by the ancient Egyptians and Assyrians, who used it to provide the beat for ritual dances.

The tambourine is an old Middle Eastern musical object played by both men and women, mostly for amusement during the Crusades and subsequently in the 1800s when it was utilized in military bands.

It has undergone various changes over the years, but the core concept stays faithful to its Middle Eastern origins.

A lute has a curving, deep, spherical, and hollow back. The word “lute” is thought to come from the Arabic word “al-Oud,” which references the wood used to create the instrument.

Each string on the lute instrument is connected to a hook that lets the musician adjust the tension to produce a specific tone.

Lute migrated into Europe following the Muslim invasion of Spain in the seventh century, having originated in Ancient Mesopotamia some 5,000 years ago.

Its peaceful tone is still a hallmark of Middle Eastern music, and the instrument is being reintroduced to European listeners through streaming platforms.