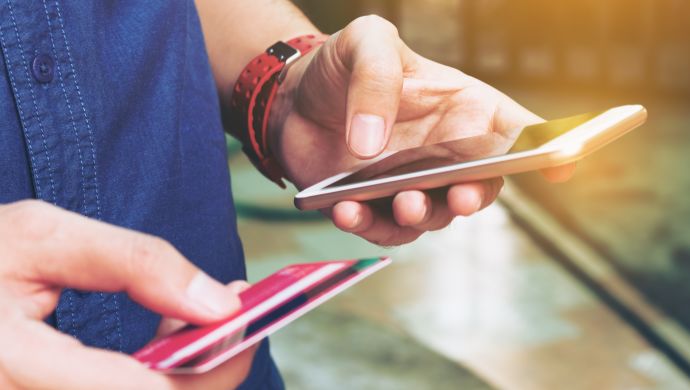 Over the last quarter of a century, the way people access, spend and transfer money has gone through significant change with the appearance of various fintech innovations. The recent proliferation of e-wallets and payment platforms has driven increased online purchases, and money is now flowing around the globe at unprecedented levels. By 2027, the value of cross-border payments is expected to reach US$250 trillion.

For users and entities such as small and medium businesses (SMBs), this has been transformative. The move away from physical money, combined with the ability to purchase online and internationally, has seen a boom in cross-border purchases. But problems remain due to the legacy infrastructure still required to make transactions.

With the increasing ubiquity of smartphones, fintech has provided multiple solutions for making cashless transactions. Digital wallets, for example, can be connected to payment platforms or banks and are soaring in popularity. For instance, in Australia, e-wallet use rose 90 per cent between March 2020 and March 2021, becoming more popular than contactless payments.

One significant advantage for small businesses and consumers is that markets have been able to expand abroad. In 2020, the number of real-time transactions rose 41 per cent, from 50 billion to 70.3 billion. Many of these are cross-border e-commerce transactions, which rose 17 per cent last year, despite a drop in trade.

Due to the vast and rising amounts of international trade – global payments revenue is predicted to grow from US$1.9 trillion to US$2.5 trillion in 2025 – the G20 has made cross-border payments a priority. They identified four primary issues – cost, speed, transparency, and access.

Also Read: How voice AI is revolutionising the fintech scene

These are complex issues and result from legacy infrastructure. The latter, transparency, is particularly problematic for SMBs. Large businesses have solutions for international payments, and fintech has several options for P2P transactions. But small businesses have been left behind. SMBs who fall under the required thresholds for trading volume are stuck with slow, expensive, and non-transparent payments.

However, fintech is coming up with new solutions and innovative platforms to help SMBs expand abroad.

A great example of a fintech company taking a new approach is XanPool and its platform XanPay. XanPool CEO and founder is cryptocurrency entrepreneur Jeffery Liu. He wanted to design a way to solve the problems created by relying on legacy platforms and structures, such as Visa, SWIFT, and banking networks.

Liu explains how XanPool and XanPay solve traditional problems. “We created XanPool to make onboarding and offboarding from fiat currency to cryptocurrency a lot easier. Because legacy infrastructure was created before the internet, it is no longer fit for purpose and was causing a lot of pain. It can sometimes take a week or more to make a transfer, there are foreign exchange charges and a standard merchant fee of three per cent, and there’s no transparency.”

With a background and in-depth knowledge of blockchain technology and cryptocurrencies, Liu built a platform that operates outside the limitations inherent with traditional structures. XanPool has created automated market-making software that allows buyers and sellers – liquidity providers – to buy and sell crypto using bank accounts or e-wallets. The liquidity providers are essentially a fiat gateway, and they make up the XanPool network.

G20 solutions are too slow

“The G20 has finally realised how important cross-border transactions are,” Liu says. “They have correctly identified the four main issues of cost, speed, transparency, and access. But their solutions are largely based on the traditional ways of routing money. For example, one of their targets is for 75 per cent of retail payments to occur in under an hour and within a day for the rest of the market. That is still too slow. There’s also the fact that most of the proposed solutions are for the end of 2027.”

XanPool’s processes solved all these issues and led to the establishment of XanPay. “By using crypto and a peer-to-peer network made up of individuals and businesses, transactions are instant and cheaper. That solves the problems of speed and cost, and the third – transparency – is also no longer an issue. The final problem of access led to us creating the XanPay platform.”

Also Read: A horse of another: Here’s the complete list of Southeast Asia’s 28 unicorns

Liu says, “There are existing solutions for most transactions with the exception of SMBs wanting to make cross-border payments. They face all four problems and a host of other issues such as chargebacks, credit card fraud, and rejection from main platforms if deemed too risky. Using XanPool’s existing cryptocurrency and network of local currency providers solves all these concerns. So, we created XanPay, which is a platform that works with local e-wallets and payment platforms.”

XanPay was created for small businesses to operate internationally. “The platform operates outside legacy payment frameworks and is designed for SMBs. Many small businesses are embracing e-commerce and want to expand, but they were being hampered by the old ways international payment structures route money. We are helping to change that.”

Although primarily based in Hong Kong, the company and platform were operating in four Southeast Asian countries from launch and have grown from there. “We’re available in over 20 APAC countries so far,” says Liu. “We have also integrated with 25 payment solutions and connected to over 500 banks. This has all happened in just the last couple of years and is only the start. We recently raised US$27 million in Series A funding, and that extra capital will help us to expand to new countries and markets.”

It remains to be seen if improvements built on top of traditional payment structures, such as those proposed by the G20, will be enough to benefit smaller merchants operating internationally. If not, there are a number of innovative entrepreneurs and fintech companies ready to fill the gap.