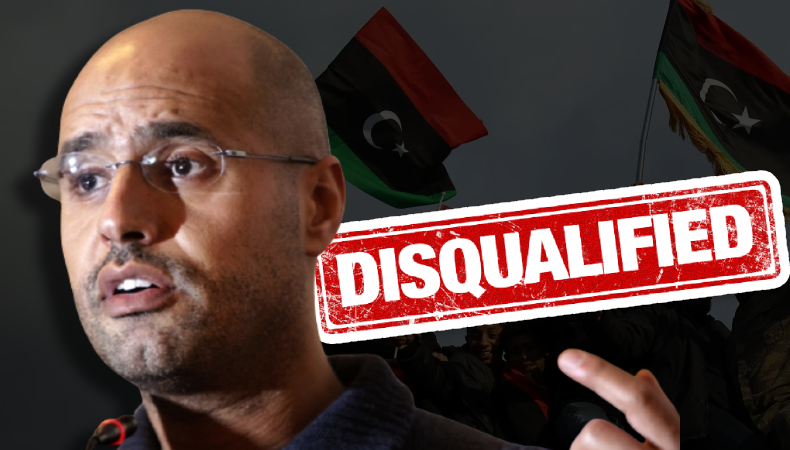 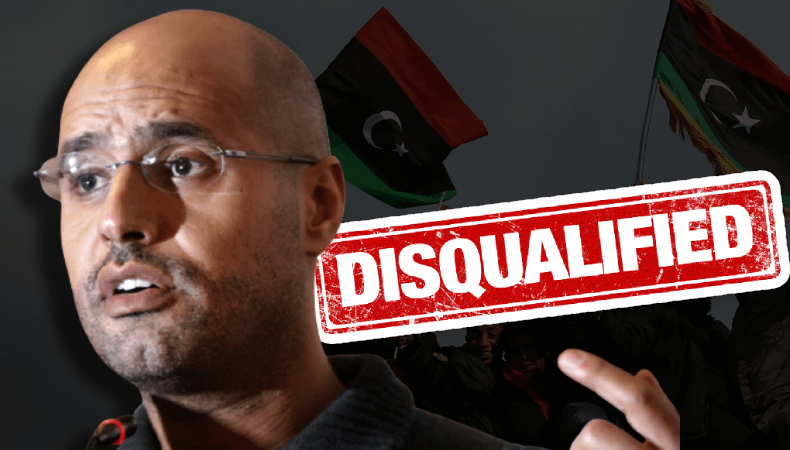 Controversies and anticipated turmoil around December scheduled elections in Libya doesn’t seem to end. The latest addition to chaos is disqualification of Saif al-Islam Gaddafi from contesting in the presidential election. Gaddafi, son of former Libyan ruler Muammar Gaddafi, was considered a strong candidate for elections but announced ineligible to stand in election by election commission of Libya on Wednesday.

The number of candidates who registered for elections in December was huge – ninety eight. But 25 candidates were disqualified by the election commission, including Gaddafi. But this is an initial decision which is pending approval by the judiciary. The disqualification of candidates along with disputes over rules of election threaten election process in Libya. The December elections have received huge international backing in attempt to bring peace and order in country after a decade of political turmoil.

Tripoli’s military prosecutor had urged the election commission to disqualify Gaddafi after his absentia in 2015 on war crimes charges for fighting in revolution that led to toppling of his father and former ruler of Libya Muammar Gaddafi in 2011. The other candidates have been disqualified for possible election rules violation.

Recently when interim prime minister Abdul Hamid Dbeibeh announced his candidacy for December presidential election, it added to the chaos and confusion surrounding elections. This is against the vow Dbeibeh took before he took position as interim prime minister, that he won’t be contesting the election. This is also in violation of Article 12 of electoral law that rules a candidate has to step down from a public office three months before contesting election.

Another key candidate Khalifa Haftar, who is the commander of eastern military of Libya too can be disqualified from election as he is holder of US nationality. Additionally, western Libya accuses Haftar of committing war crimes when he had launched assault on Tripoli in 2019-20. Haftar, however, denies both allegations.