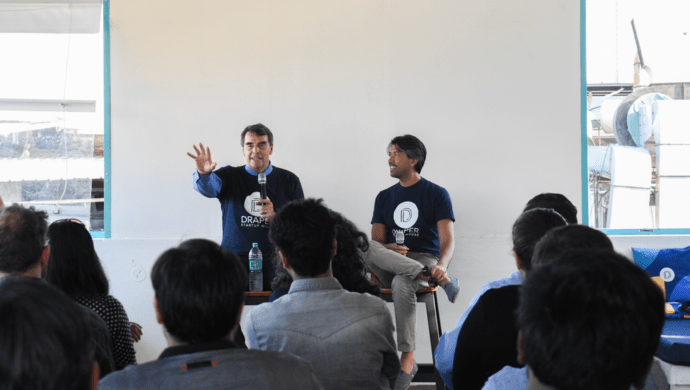 It has also announced its maiden investment in Ferne Health, a startup addressing sexual health.

While DSHV is anchored in the US and its management is headquartered between San Mateo and Singapore, it aims to invest worldwide. The total amount of the fund will be announced at a later date.

The fund will have an APAC predominance due to Draper Startup House International having Singapore as its headquarters. Its reach potential includes 60 countries and 30 industries already represented on the company’s platform.

Its general partners are Giulianna Crivello and Vikram Bharati, founder of Draper Startup House International, who will co-manage the fund and long-time advisor Nick Martin.

The launch comes after the fund launched a software-based syndicate matching global investment platform in 2020.

Also Read: ‘We want to have a Draper Startup House in every major country by 2030’: Vikram Bharati

“Since inception in 2020, Draper Startup House Ventures has made 215 investor introductions to startups,” Bharati said. “With the launch of this fund, Draper Startup House itself expands beyond our 16 physical locations of entrepreneurial hospitality and tourism to better connect, inspire, and empower a global community through direct venture capital backing.”

“Thanks to the internet, and things like Bitcoin, entrepreneurs can build startups and create stored value from anywhere,” lead investor Tim Draper stated. “Whether they are in Myanmar, Estonia, or Indonesia, Draper Startup House Ventures brings them the opportunity to get funding without having to find their way to Silicon Valley.”

The fund provides access to its own venture capital fund, and the ability to submit pitch decks for circulation to the Draper Venture Network, which has 24 global funds.

Its lead investor Tim Draper is known for investing in Hotmail, Skype, and Baidu. Draper’s network companies manage over US$2 billion across 24 global funds.