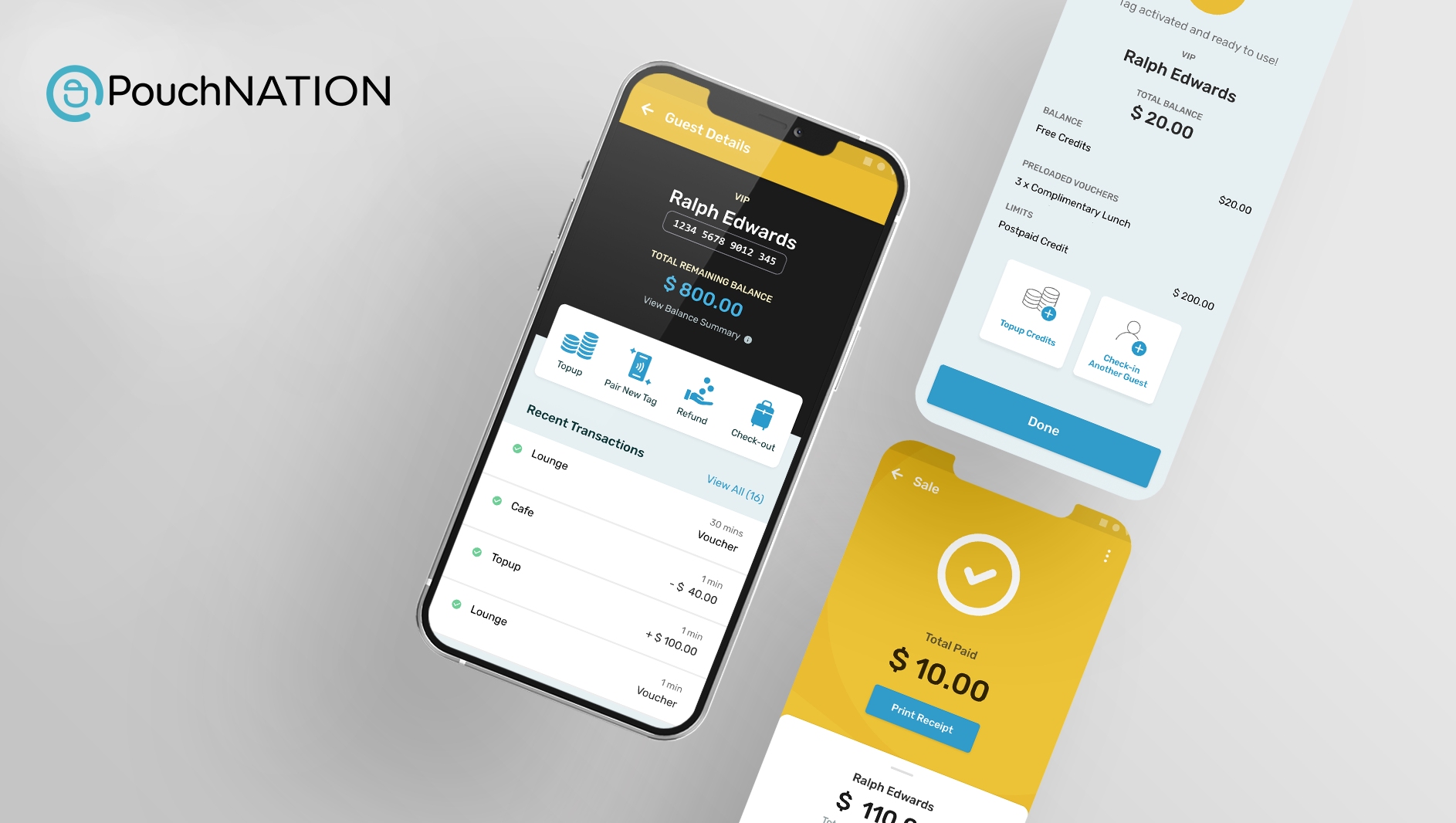 PouchNATION, Singapore-based SaaS guest management and contactless payment provider for venues and events, has wrapped up an undisclosed bridge funding round from a slew of venture capital firms including SOSV, Artesian, Found Ventures, and Huashan Capital.

The round comes on the heels of an unknown amount of convertible notes from SOSV and IndieBio this May, as noted on Crunchbase.

The company has also not disclosed any of its fundings so far. It is also said to be under discussion to raise additional funding round to expand its SaaS system outside Asian boundaries and pursue a global strategy.

According to the press statement, the startup will use the new capital of the bridge round to accelerate its expansion of contactless SaaS hospitality platform as many tourist destinations are reopening in Southeast Asia.

It boasts that the solution helps clients digitise operations and increase guest spend by 30 per cent on average.

Guests are handed an NFC wristband upon arrival that serves as a digital identity, door key, and cashless wallet all in one. This allows visitors to purchase food and beverages as well as redeem breakfast vouchers without having to touch them.

“[Due to the pandemic], many hospitality providers are embracing contactless technology to guarantee higher hygiene standards for their guests,” said Ricardo Santos, PouchNATION’s VP of Growth. “We’ve always felt that faster adoption of technology can play a big role in providing a better experience for the hospitality industry.”

Since the onset of the new contactless hospitality platform, the company claims to have won some high calibre clients including Collective Hospitality, Asia’s hostel company and fourth-largest globally.

Prior to tapping into the hospitality sector, PouchNATION has operated two verticals PouchEVENTS and PouchVENUES as a cashless payment wristband for events in 2014.  The use of NFC technology enables organisers to manage crowds process payments, collect data, as well as offer events and recreational venues space in Asia.

With operations in seven Asian and Australian nations, the firm is said to have clocked over two million guests and US$100 million in transaction value.

In 2019, the company secured its Series B round led by Traveloka and joined by SPH Ventures. In early 2020, PouchNATION announced another amount of funding from the Indonesian online cinema tickets platform TIX ID.

The post PouchNATION to launch contactless hospitality tech beyond Asia after the undisclosed bridge round appeared first on e27.