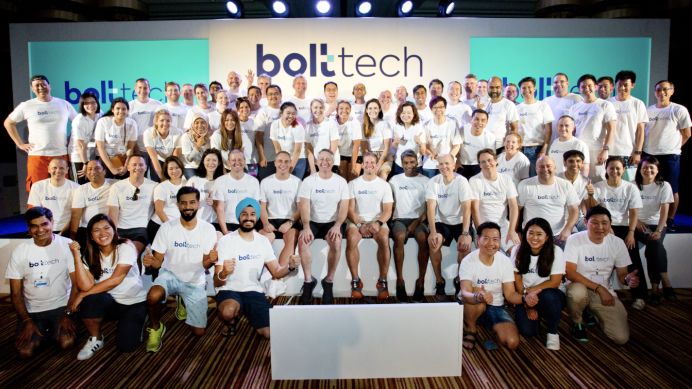 bolttech, a Singapore- and New York-based insurtech company, said today it added more funds to its US$180-million round, announced in July, to take the total funds raised from Series A to US$210 million.

The additional capital will help bolttech further enhance technology and digital capabilities and strengthen its presence in Southeast Asia, Europe, and its other existing markets.

The insurtech startup was launched in 2020 with a mission to transform the way insurance is bought and sold. With a suite of digital and data-driven capabilities, bolttech aims to make connections between insurers, distributors and customers easier and more efficient to buy and sell insurance and protection products.

bolttech works with insurers, telcos, retailers, banks, e-commerce and digital destinations to embed insurance into their customer journeys at the point of need.

With about 1,400 people on its payroll, bolttech claims to have built a global footprint that serves more than 7.7 million customers in 26 markets across three continents –- North America, Asia, and Europe. It transacts US$5 billion in premiums on its platform, providing a gateway to more than 5,000 products and 150 insurance providers.

In July this year, bolttech bagged a US$180 million Series A funding round led by Activant. Tony Fadell (Principal at Future Shape, inventor of iPod, and co-inventor of iPhone), Alpha Leonis Partners, Dowling Capital Partners, B. Riley Venture Capital, and Tarsadia Investments also joined. With that round, bolttech’s valuation had crossed US$1 billion, giving it a unicorn status.