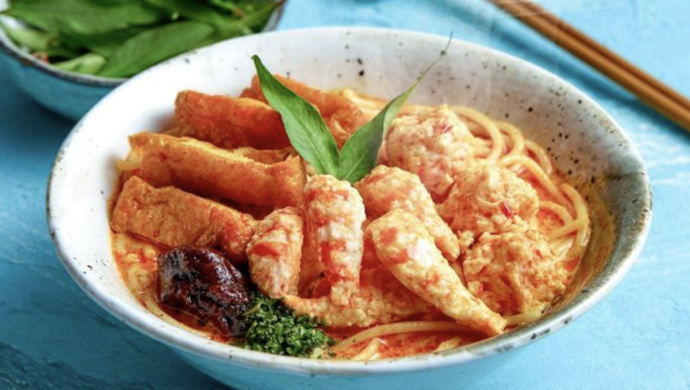 Singapore-based alternatives for meat and seafood company Growthwell Foods has secured US$22 million in Series A funding led by PE firm Creadev.

GGV Capital, Iris Fund and existing investors Temasek and DSG Consumer Partners co-invested in the round.

The startup said in a press note that the new fund is nearly 3x of the money it raised in 2019. Growthwell Foods plans to use the capital to accelerate its business expansion and product development efforts within Southeast Asia.

Also Read: Alt.Flex.Eat: Flexitarianism is the flavour of the SEAson

The company claims that the capital will be used to further Growthwell’s vision to “become Asia’s leading plant nutrition foodtech company”. It aims to care for 100 million lives with sustainable and nutritious plant-based choices while reducing the world’s reliance on meat and seafood and with that reducing the impact on the environment”.

Established in 1989, Growthwell Foods manufactures plant-based meat and seafood solutions for F&B businesses and organisations globally. With its origins in meat substitutes, the company currently focuses on seafood alternatives. It plans to launch new seafood and chicken alternatives collection aimed at the growing number of flexitarians.

Growthwell is also ramping up its production and distribution capacity by setting up a technology centre. The centre will house innovative technologies to cater to the growing demand for plant-based meat and seafood alternatives in the region.

Jenny Lee, managing partner at GGV Capital, added: “Sustainability, especially around the food supply chain and ingredient sources, is a key thesis for the GGV team globally. We look forward to partnering with Growthwell to capture the big mass-market opportunity in alternative protein and to develop new, affordable, and delicious plant-based analogues that people from all walks of life will enjoy eating.”

Singapore is a market crowded with several startups such as Shiok Meats and Next Gen operating. In July, Next Gen Foods, a plant-based foodtech company, raised US$20 million from a clutch of investors such as Temasek and K3 Ventures. Shiok Meats is another startup in this space that secured US$12.6 million in a Series A funding round in September 2020, led by Aqua-Spark.

The global plant-based protein segment is expected to reach US$85 billion by 2030, according to UBS. Global investment in food technology for the first three quarters of 2020 was US$8.37 billion, beating the US$7 billion raised in 2019.