Crowdfunding for startups: Where to begin and how to go about it 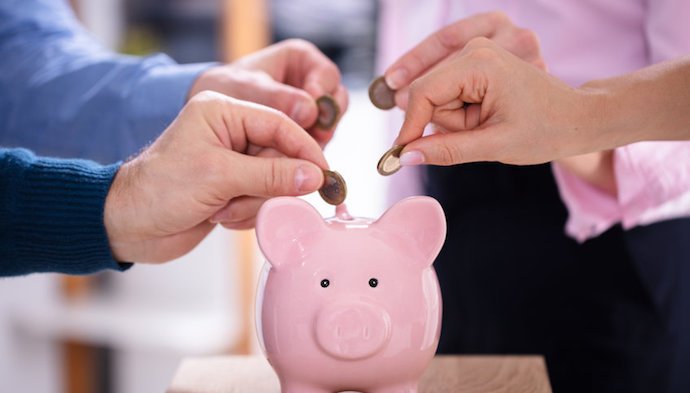 The founder of a company not only needs to study the market well, come up with an excellent business idea and understand how to generate income with its help but also find money to launch a project. There are various options for raising funds, each of which is associated with certain consequences.

In the late 2000s, a new alternative for people looking to start a business became available: crowdfunding. Since then it is still gaining momentum. For instance, in May 2021, the Tencent-backed Chinese startup Waterdrop, known as the leading GoFundMe-style crowdfunding platform for medical bills, raised US$360 million through its IPO on the New York Stock Exchange.

Crowdfunding is a method of raising funds when large groups of individuals combine tiny individual investments to generate the cash required to get a business or project off the ground.

Individuals, non-profits, or startups can launch campaigns for specific causes, to which anybody can donate.

How does an entrepreneur procure funds for a startup?

Obtaining funding for your startup is difficult, especially if you have no product or service to sell. People will not believe your concept.

The bad news is that you won’t get funds for your business from anyone who doesn’t believe in your concept. There are a few typical sources of seed funding that can help you kick-start your business.

Self-financing, also known as self-funding, is the initial stop on their entrepreneurial path for many businesses, not only startups. There are no debts or sponsors involved, only you and your commitment, which gives you complete control over the company and is an excellent alternative if your startup is at the concept or pre-seed stage.

You can also start your search with the so-called three F’s: Friends, Family, and “Fools.” These folks have the most faith in you with the least amount of proof, so If you choose this pathway, try to be upfront about the dangers and never ask for more than somebody can afford to lose.

They are often high-net-worth investors who want to support startups with both money and skills. They frequently like taking on the role of advisor and being hands-on with the growth of their portfolio company.

Small business grants, which are often considered the closest thing to the “free money” you could ever get for your startup, are a form of startup finance that does not require repayment, unlike debt, and does not require a part of your equity, as opposed to venturing capital.

Most business incubators offer coaching, office space and even assist startups in meeting with angel investors. Generally, they merely incubate and mature businesses for them to apply to accelerator programs.

Crowdfunding is one of the most secure methods of raising cash because no one is going to ask you to return it. They just want the goods or services that you committed to providing.

Check out Kickstarter, Indiegogo, and Patreon, and you’ll find that these are some crowdfunding sites that allow the audience to get items to help support a company.

Most fledgling companies struggle to obtain funding. Venture capitalists reject many early-stage firms for several reasons and borrowing money from banks or wealthy family members is not a good strategy.

Crowdfunding changes the game by reducing dependence on conventional and sometimes exclusive means of financing.

If you need funds to get your project off the ground and personal finances or friends and family aren’t an option, crowdfunding could be the way to go.

This type of financing has grown in popularity over the last decade, so much that the transaction value is expected to show an annual growth rate (CAGR 2021-2025) of 2.62 per cent resulting in a projected total amount of US$1.2 billion by 2025, notwithstanding that sites, such as Kickstarter and GoFundMe are pre-financing of products, art, music, and films, software, or scientific research, are based on tiny contributions.

After you’ve launched your campaign and proposed your idea, anybody who believes in it can give, lend money, or purchase equity shares, depending on the sort of crowdfunding you choose to employ. The goal here is to have an engaging origin narrative that will entice contributors or investors.

Crowdfunding for startups works by collecting donations in exchange for a particular incentive, it can be in the form of free items, special discounts, early access to new products, premium merchandise, the opportunity to join the team, or even becoming a big capital investment.

It may be accomplished through several channels, most notably social networking sites or crowdfunding platforms.

Although many companies and campaigns have found success by using this financing technique, bear in mind that selecting the correct form of crowdfunding is critical to achieving your goals.

Crowdfunding can be an excellent way to generate funds for your new startup, but there are some common mistakes that startups should avoid. The most common error a company makes when entering the world of crowdfunding is to believe that it is all about money. That, however, is not the case.

Eugene Zhukov, the founder of Joon July, the company that helps startups to prepare for crowdfunding, observes that one thing that people should understand about Kickstarter is that it’s a great place to find all sorts of things, sometimes useless, but very cool and unusual nevertheless.

The project made “just for fun” has the best chances of success. A common mistake happens when companies come to do something serious.

They invest a lot of money and time to fine-tune the product quality, in the hopes that it will bring in millions for their must-have gadget.

Also Read: How your face can determine the funds you raise (while crowdfunding)

The main challenges, especially for tech founders, are marketing and sales. If you don’t know how to get media coverage– no one will know you or what’s more, give you any money. Last year, already there were around 1,000 campaigns launching each day.

All media outlets are overwhelmed with press releases. Some journalists at TechCrunch and Engadget typically receive anywhere from 3,000 to 5,000 press releases every day.

So if you planned to spam them, there is some bad news. Even with the very best of press releases and PR agencies, no materials are not being read.

Crowdfunding has become a big industry, and marketing expenses have exploded. Still, the press remains the driving force for such campaigns. Zhukov gives an example that when his company had worked with Looksery (was acquired by Snapchat for US$150 million), their Kickstarter was solely a press and marketing story, and it had not received any substantial investments before that.

Another key to success is a crowdfunding campaign pitch. On the online platform, it’s the only page that tells supporters about your campaign.

You’ll never accomplish your goal if you don’t pay attention to creating that proposal one-of-a-kind. The entire presentation is essential, from developing a suitable storyline to creating a decent video and pledge chart.

“There are so many parts of a journey of a creative project that often people don’t focus on”, says Kickstarter CEO Aziz Hasan. “It’s hard to make businesses that really try to create that type of value for fuzzy ideas rather than very clear projects that are ready to be sold”.

It’s a location where you can boost your credibility. For instance, merely creating a Facebook page with frequent activity will not help your campaign.

Instead, if you try to spend money on Facebook advertising to get more people to sign up for your campaign launch, you will be able to build a list of prospective backers.

“A crowdfunding campaign can be just another opportunity for founders to make their startup more recognizable, demonstrate their product, test their skills and services before the actual market entry”, suppose Tressa Whitman, a marketing director of digital agency Reverence Global.

Many companies neglect pre-marketing campaigns, which are crucial since they perform the best for outreach. You can raise awareness faster before you launch if you use the appropriate services.

As a result, on launch day, you will be able to immediately capture the attention of potential supporters who were previously intrigued by your campaign.

Using the crowdfunding strategy, several credible businesses have found success. Here’s what you can get from Kickstarter, in order of probability and value:

Many people, unfortunately, are looking for things in the opposite order, points out Zhukov. Investors in Silicon Valley, also,  often suggest trying a crowdfunding campaign to fully understand whether anybody actually wants the product.

Getting feedback is much cheaper this way than pouring millions in production and marketing. So you need to decide for yourself: Is it all for the money, or the glory?

Crowdfunding initiatives are also distinct in their potential to pique the curiosity of new users and increase engagement.

Because it is necessary to engage the audience to be successful, campaigns give an excellent platform for raising awareness for a company, brand, item, or service.

The post Crowdfunding for startups: Where to begin and how to go about it appeared first on e27.