Widespread and cross-cutting violence against migrants in Turkey : MiddleEastNews 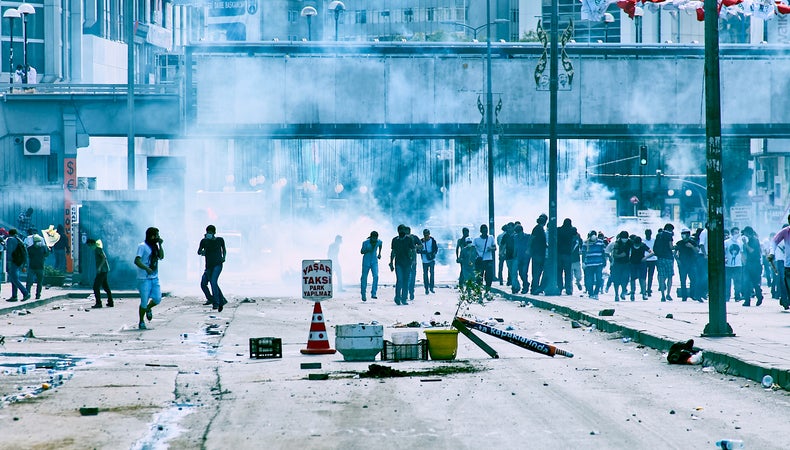 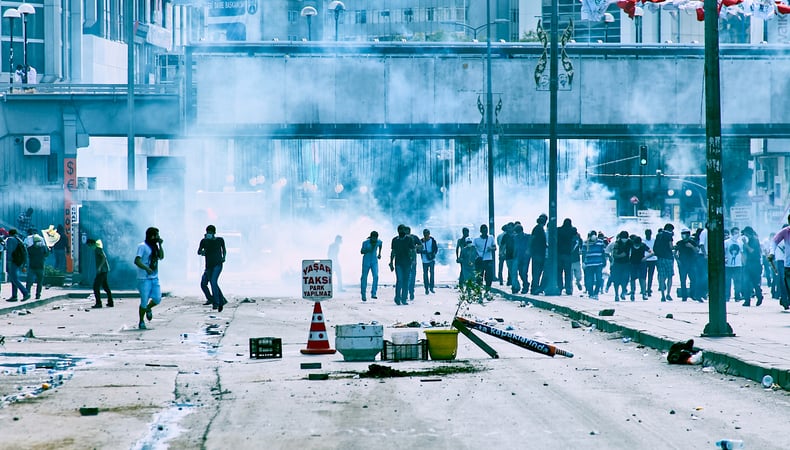 There were splintered shop windows, signs of stones thrown at the shutters, and cars overturned on the ground blackened by burn marks. That is how the Altındağ district in Ankara resembled after hundreds of people stormed shops that they considered to be run by Syrian refugees last August. The story of the stab wounded killing of a Turkish teenager by two Syrians a few days before sparked anger and disappointment; many went out in the Turkish capital district, known as “little Aleppo,” because of the high number of Syrian refugees living there. They tried to ruin everything they believed to be somehow associated with Syrians, such as refugee-run activities cruelly destroyed.

Demonstrators hit close friends or relatives of the Turkish boy killed in “little Aleppo,” the sad episode in Ankara clearly shows the exasperated frustration of a large part of Turkish society that cannot bear the presence of immigrants. Show some comments from the neighborhood inhabitants who did not condemn the episode and claimed that the Syrians “must leave.”

That is not the sentiment that pervades the whole of society. The Turks who support a welcome policy, strongly promoted by President Erdoğan, are many, and many have firmly and explicitly criticized the Ankara attack. However, deep frustration with migrants is widespread and transversal, from people who consider themselves conservative or nationalist to some supporters of the reformist left parties.

Early this month, the mayor of Bolu, elected with the Social Democrat CHP, the largest opposition party, announced that he wanted to increase the bills of foreigners who lived in the municipality he manages. A controversial choice for many. Which many residents appreciated and, in any case, did not receive a Turkish leadership objection.

Already in July, well before the accident in little Aleppo, the trade-mark “I don’t want migrants in my country, stop the silent invasion” scattered across Turkish media, a slogan shared across the mess. This feeling is widespread among the Turks and also among several Erdoğan supporters. However, the distress for migrants is extreme in the nationalist voters, exemplified by various opposition parties, and the MHP, a right-wing nationalist party allied in parliament with Erdoğan’s AKP.

Since 2015, as the migratory flow from Syria to Turkey has become more consistent, the Turkish president never changed his policy of welcoming migrants. On the contrary, even recently confirmed this position by saying, “we will not leave in hand to the killers the people of God who asked refuge here with us.” As a result, according to some surveys, President Erdoğan declines in consensus. Still, his comments in favor of welcoming migrants do not find substantial support even in his electorate. For these reasons, the new influx of migrants from a collapsing Afghanistan represents a dangerous new challenge for the Turkish Sultan.

According to United Nations agencies, in 2020, 125,000 Afghans asked for asylum in Turkey, but some experts estimate that it can be over half a million people. According to the Turkish media, during the summer, with the Taliban advance towards Kabul, about 1000-1500 people a day, escaping from Afghanistan, managed to cross the Turkish – Iraqi border, where Ankara has just constructed a barrier about 300 km long.

Erdoğan will not change his discourse regarding the admission of asylum seekers and will use it to negotiate with the EU. “Turkey has no obligation to be Europe’s repository for refugees,” Erdoğan said early this month, relying on the support of Angela Merkel. The German chancellor, in recent months, had once again praised the efforts of Turkey. This country hosts more refugees in the world (3.7 million people according to UN data).

Having an ever-increasing number of migrants in Turkey can also be a problem. The frustration of much of Turkish society, which recently exploded in violence with the attacks in Ankara, does not concern Syrians per se but migrants in general. Between July and August, the complaints of many Turks on social media also strongly targeted the Afghans who arrived in Turkey.