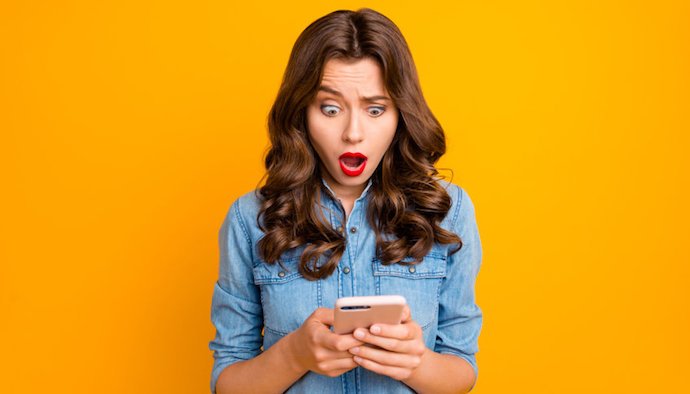 Since the beginning of the pandemic, misinformation has become prevalent in Asia as people recirculated information to their loved ones, oftentimes without verifying the authenticity and credibility of their sources.

While misinformation has always existed, the rise of new tools such as social media and messaging apps have made the spread of these falsehoods much easier.

The effects of misinformation

In Singapore, a study by the National Centre of Infectious Diseases (NCID) found that six in 10 Singaporeans have received fake news about COVID-19 on social media.

Misinformation about the pandemic has since shifted from vaccine side-effects, fake cures and conspiracy theories to government policies adopted to combat COVID-19 in Singapore. As countries move in and out of lockdowns in Asia, such misinformation can cause greater damage as people succumb to behaviours such as panic buying and hoarding.

Now, Asia needs to eradicate fake news more than ever, and blockchain could offer a potential solution to combat the growing threat of digital misinformation.

While the internet has brought much convenience to our lives, it also has deep-rooted issues with trust as trust was not part of the internet’s design. People suffer from fraud, manipulation, and theft on the internet as the solutions we have to solve them in society are non-existent.

Misinformation can impact decision-making, trust, and anxiety levels. Our recent State of Misinformation report has found that 67 per cent of respondents believe that misinformation has impacted elections across the regions.

As awareness of misinformation spreads amongst the population, more people turn to multiple sources to verify their information, with trust in traditional media and search engines higher than social media.

However, given that social media has already become the main source of news in Asia, Wordproof’s role is to help fix the internet, such that trust becomes part of the internet’s DNA.

Blockchain was originally invented in 1991 to verify and protect content through a concept called timestamping.

Timestamping touches on a decentralised nature in which each publication obtains a unique hash that would be timestamped into the blockchain, thus avoiding centralised ownership.

Website visitors would then be able to conduct their own due diligence to determine the owner of the content, if the owner could be held accountable and whether the content has been tampered with.

Timestamping can protect internet users from misinformation by allowing access to the history of changes made since the content’s publication. It would also increase transparency and accountability, making it easier for internet users to identify and avoid fake news, creating more trust and protecting them from tampered information.

The creation of a safer internet cannot only rely on blockchain. Increasing awareness of fake news across the age groups is crucial, particularly amongst the older generation who have a more challenging time verifying news online, likely due to their generally trusting nature.

Countries in Southeast Asia are also trying to combat fake news through new regulations, which hold people who share fake news accountable for their actions, and campaigns to improve media literacy among their citizens.

The fight against fake news and misinformation has seen companies such as WhatsApp and Facebook stepping up their game through the roll-out of fact-checking features and services on their platforms.

By adopting the right technology, governments and companies can create more trust for the internet. New technologies are being developed, such as plugins that can support non-WordPress websites.

With the current GDPR data and privacy protection policies, timestamping into the blockchain is a logical follow-up.

Integrating timestamps into search engines algorithm, social media platforms, and e-commerce would add an additional layer of trust over the internet.

Also Read: Fake news law is good, but it shouldn’t be used to stifle dissent: Singapore’s startup community speaks out

Tier levels are an undividable part of timestamps. They add to the reputation of the content’s originator, enabling highly trusted information to be at the forefront of what is presented to the public and influence the viral impact of information.

We are optimistic that misinformation will drastically improve in the coming years, so long as we shift towards providing transparency and accountability for the internet and its users. Policymakers, however, would have a major role to play in increasing the speed of this development.

The post Tackling misinformation and creating a safer internet through blockchain amidst Asia’s lockdowns appeared first on e27.