Why BNPL will change the payment landscape in Vietnam? 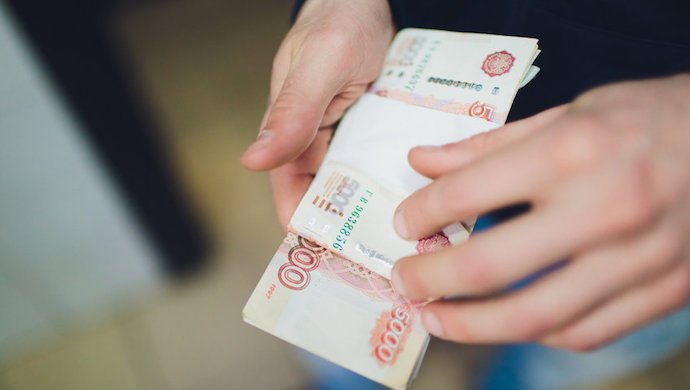 Consumer credit has not been popular in Vietnam, given such a large unbanked population and extended life perspective of debt avoidance. However, with an emerging wave of young and online-oriented generation, this will soon change in the 2020s decade, already backed by the rapid growth of e-commerce and e-wallet in recent years.

Buy now, pay later (BNPL) works by splitting customers’ payments into instalments with or without interest while paying providers a total amount upfront. First of all, let’s look at BNPL models and analyse their market entries. Many models of BNPL can be categorised into two verticals: card-linked offerings and non-card-linked offerings.

Of the latter vertical, an integrated shopping app is the most prevalent one at the moment. Most prominent players in the field fall right into this category: Klarna with a valuation of US$46 billion as of June 2021, or Affirm valued at US$24 billion in January 2021, etc.

This model started by offering an alternative payment method in on and offline stores. It is now well on its way to support BNPL issuers’ target much further: become a “super app” that provides access to several services on a single platform from a marketplace to financial services.

After years of improvement, a customer journey of borrowing from a BNPL app is more seamless than ever: shop, register with self-identification, then check out.

BNPL has been known for its quick processing right at the point of sale (POS), which completely changes the perception of traditional credit of credit history checking and regulations. Other new channels of instalments include prepurchase and postpurchase.

Traditional banks are believed to utilise these new channels to catch up on the race of acquiring young and new potential credit users and leverage their large customer base via card-linked instalments. Customers who own credit cards still claim to prefer BNPL as it offers a lower annual percentage rate on purchases and a more flexible payment due date.

On a horizontal scale, BNPL issuers are usually categorised by the ticket size of consumers’ baskets and their targeted types of goods and services. Started with all kinds of small- to medium-sized basket of purchases, BNPL has captured a loyal base of young customers, who with thin files of credit are not qualified to purchase relatively valuable items like laptops, luxury cosmetics in one payment, not considering its appealing feature of zero per cent interest.

Why say BNPL will change Vietnam’s payment landscape in this decade?

Firstly, the rapid growth of e-commerce in recent years, amplified by the pandemic, has boosted the scale of its other supporting platforms, especially payment systems. According to JP Morgan, Vietnam has a predicted growth rate for e-commerce, up to 19 per cent year-over-year increase to 2021.

In 2017 alone, this number was 36.6 per cent. This sector as a whole is valued at US$6.2 billion in Vietnam and is projected to increase rapidly over time. The potential is yet to reveal when brick-and-mortar retail is dominant entirely, and e-commerce is expected to account for only 5 per cent of total retail in Vietnam.

Given this steadily increasing number of transactions, maintaining a smooth and fast checkout system with supporting features will be a key for differentiation.

Vietnamese banks have been struggling to digitalise their systems over the years, and global banks have lost their first-move advantage acquiring new and young online customers to their credit collection. Come in BNPL platforms as tech companies with sophisticated technological systems, catering for online shopping platforms with advanced consumer-service features.

These are well on their way to becoming head-to-head competitors with traditional banks if the whole banking model is simplified to a large customer base and transactions. For Klarna’s case, with several 14 million customers active within 90 million ones registered and an average of 1 million transactions per month, it already launched many other features of financial services to target much further than just a BNPL platform: a neobank.

Coming back to digital payment, where checkout experience plays an essential role in differentiating a marketplace, a feature of BNPL allows users to split costs into smaller amounts right at purchase seamlessly, without much regulatory scrutiny.

Considering most purchased items in Vietnam online baskets, with electronics and travel being the first and second correspondingly, sooner or later, BNPL will prove its ease of usage by breaking up these mid-sized purchases, letting young online shoppers achieve a more flexible financial plan.

This has proven to be the case of success in SEA countries: PayLater in Indonesia, Atome and Hoolah across Hongkong, Singapore and Malaysia.

Another factor that will contribute significantly to the growth of BNPL is young population, given that the average age in Vietnam is 30.4 years old. Just like how strongly this generation has supported online shopping, internet penetration is expected at 49.7 per cent while 37.1 per cent of the population has shopped online, the same will be applied to BNPL.

Not just from the consumers’ side, banks and BNPL platforms will not wait to grasp a share in this market, with its promising impact on the banking and payment landscape.

SEA remains a sizeable unbanked population over the years. Only 27 per cent of the 670-million-people population in the region has bank accounts; that leaves hundreds of millions of people not having a bank account, not even considering a credit line.

Recorded in Indonesia, many people used BNPL before even having a bank account. For cautious buyers, the idea of creating credit without interest does not sound much like debt, especially where their money is not exposed to the risk of delay refunding.

Therefore, promoting BNPL will be a helpful channel for implementing credit ideas and building a foundation of a credit scoring system through online users’ behaviour.

The enthusiasm for BNPL of tech companies soon to be seen in Vietnam can be explained by its high engagement from customers and profound revelation of daily users’ purchasing history, not just significant acquisitions like borrowing from banks, which is much relevant in depicting customers’ creditworthiness.

Banks have started entering this new field, “super apps”, third payment channels such as Paypal and MasterCard, all coming in the same space have proved the rise of BNPL. The race in Vietnam has started with e-wallets, startups and incoming banks, who will be the final winner in this payment landscape transformation. With nearly a quarter of Vietnam’s population aged 14 and under, there are millions of new potential online consumers.

The post Why BNPL will change the payment landscape in Vietnam? appeared first on e27.