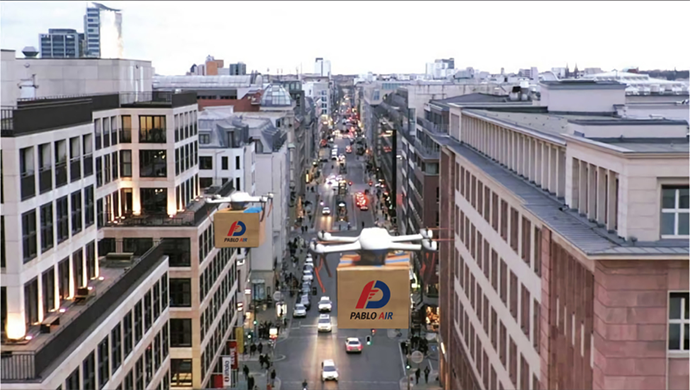 By definition, an unmanned aerial vehicle (UAV), which is commonly known as a drone, is an aircraft without any human pilot, crew or passengers on board.

These pilotless sophisticated machines come across as extremely new-age but the origin of the concept of drones can be traced back to as early as the mid-1850s when Austria used unmanned balloons during a war.

Although originally built for military purposes, drones have seen rapid growth and advancements and, in the digital era, made a break to consumer electronics, especially after the Federal Aviation Administration (FAA) granted hundreds of new exemptions for companies to operate drones in the U.S. through FAA Part 107 in the year 2016, helping push the commercial drone market growth forward all over the world.

The bustling market of commercial drones in APAC

According to reports, the unmanned aerial vehicle market is estimated to grow from USD 27.4 billion in 2021 to USD 58.4 billion by 2026, at a CAGR of 16.4% with the Asia Pacific projected to account for the largest size of the UAV market during this period. Drones also have a wide range of applications across different industries, such as entertainment and recreation as well as logistics.

Today, almost all YouTubers and Vloggers can be easily spotted handling drone cameras at exotic holiday destinations to shoot content. Sports reviewers leverage drones to get aerial images of games while sports coaches use them to analyse team formations and train players. In the logistics industry, drones help in several ways — from saving in distribution costs to faster deliveries and reducing urban traffic to helping cut down on carbon dioxide emissions. Drones are efficient in that they can work 24 hours, 365 days a year. According to Statista, the commercial drone revenue in the Asia Pacific is expected to reach 3667.69 million USD.

Tapping into the burgeoning drone market and the emerging trends in this industry in APAC, key stakeholders from around the world are making strides in the region. One of the leading players is PABLO AIR, a drone software developer based in South Korea. Established in 2018, PABLO AIR has a keen focus on providing the most sustainable drone delivery service for the global community and people who need equal social benefits, such as medicines and emergency kits.

The founder of the company, Mr Youngjoon Kim decided to launch PABLO AIR after he watched a drone art show conducted by Intel for the Pyeongchang Winter Olympic. He did extensive research on the UAV security system and found his vision for a global society with his own built technology.

“We have strengths of Ground Control System (GCS), communications utilisation, and Flight control system. These technical features enable us to operate multiple drones in real-time for delivery purposes, regardless of the flight circumstances such as offshore operation. Most importantly, PABLO AIR is focusing on Environmental, Social & Governance (ESG) to use their skills for positive social impact and also obtained social impact and smart logistics funds for Pre-Series B funding,” shared by Chanjoo (Derek) Lee, Chief Operating Officer from PABLO AIR USA.

PABLO AIR is actively involved in exploring global business opportunities and empowering partners with holistic drone delivery solutions that cover entire business operations in terms of software as well as hardware. Key stakeholders, including VCs and investors, see potential in this idea. In August this year, PABLO AIR obtained US$ 11 million in accumulated funding through series A and pre-series B. The most recent pre-series B round closed at US$8 million.

“We are backed by an individual investor Mr Lee Soo Man, the founder of SM Entertainment, and major Korean VCs and corporations as Strategic Investors (SI). Our investors found our vision of global business based on our reputation and successful use case in South Korea,” shared Derek. The company is planning to use this recent fundraise for global business expansion with a keen focus on Southeast Asia and the USA.

Also read: Want to strengthen your communities? Facebook and e27 are here to help

PABLO AIR also attributes its success to the Malaysian Global Innovation And Creativity Center or better known as MaGIC, through their virtual Global Accelerator Programme (GAP). This online programme focuses on accelerating local and international startups from all over the world, with an interest to expand their business in the ASEAN region, enabling them to be investment-ready in 3 months.

Derek said, “MaGIC allowed us to develop our strategy for the ASEAN market expansion. The region has huge potential in terms of population and economic growth, and this is what caught our investors’ ears. While participating in a series of meetings with the cohorts, I was able to gain a better understanding of how the startup ecosystem in Malaysia works. During this process, I was happy to learn that MaGIC supports and guides startups’ success, regardless of the startup’s origin country and/or stage.”

With the new capital and insights learned from MaGIC, PABLO AIR is all set to enter the Southeast Asia market with their starting point as Malaysia, followed by Indonesia, Vietnam, and then the rest of the region.

Malaysia is gearing to develop an ecosystem not limited to UAVs and drones, but also VTOLs and autonomous flying objects for the local and export markets. The country sees a lot of potential in the drone market backed by an abundance of local talents. Supporting this are reports even before the pandemic suggesting that Malaysia is the emerging drone hub in the region. As such, the size of the drone tech sector is expected to grow three times larger by 2025.

For PABLO AIR’s Derek, Malaysia is not only a promising market but he also has a deep passion for the country as his family in law are all based there. “My vision through PABLO AIR is to help Malaysian people and the local community who can be supported by our drone solutions with mutual partnerships with the local government,” he shared.

PABLO AIR also plans on leveraging the deep relationships between the Korean government and the ASEAN region. With the Korean government’s New Southern Policy and the free trade agreement between Korea and ASEAN, this vision can be realised smoothly. At the heart of PABLO AIR’s drone solutions and expansion into the region is real social impact.

“This expansion will allow us to achieve our humanitarian mission using our drone technology to help people who are in need. When it comes to social benefits that are offered by our drone technology, enhanced approachability to people in isolated areas (currently 80km coverage proven from our previous demonstration) will greatly help state governments and social benefits that are currently widely spread. It will enable them to centralise their current governance and data and improve important aspects like medicine supply chains and more,” shared Derek. “We believe that our technology and team will be valued more when we provide direct benefits to the local community including government bodies and citizens,” he added.

How MaGIC is enabling startups with social impact to grow

MaGIC’s core vision is to enable a vibrant and sustainable startup and social enterprise ecosystem built on impact-driven innovation and inclusivity. In line with this vision, they are helping startups from different parts of the world that are leveraging technology to create real social impact by providing them with insights, knowledge, a better understanding of markets, and networks of key stakeholders, such as other startups, VCs, and investors.

PABLO AIR attributes a lot of its success to the GAP cohort 05 where they were able to build great partnerships with MaGIC and other participating startups.

“While pursuing these partnerships, we were able to learn more about the industry. For example, we are now an Innovation Acceleration Network (IAN) partner from NTIS who can support us to have Proof-of-Concept (PoC) to prove our technology and business model using drones. This strategy will make a huge differentiation against global competitors. We are expecting to optimise our technology and global business model after the PoC and we are confident that this will enable future partnerships with various government authorities and corporations. Moreover, we would like to actively build more partnerships with the assistance from MaGIC to prove and commercialise our technology in the Malaysian market.”

MaGIC has helped startups like PABLO AIR to build an actual business plan towards the ASEAN market and take action to make it happen. If you are a social impact startup keen on expanding business in Southeast Asia, be a part of MaGIC.

This article is produced by the e27 team, sponsored by MaGIC