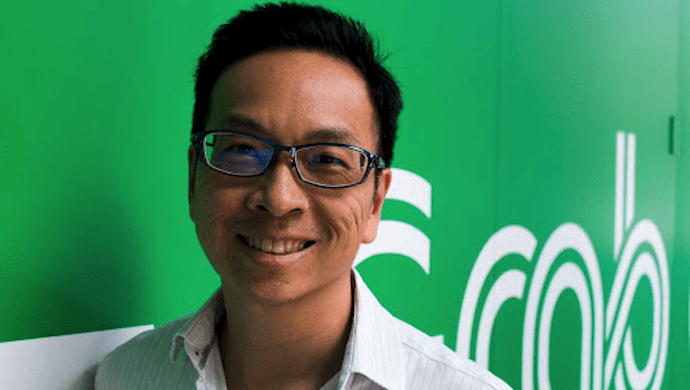 All about emerging markets

Capturing the next frontier opportunities in the Indonesian e-commerce landscape by Adrian Li, MD at AC Ventures

The onset of the COVID-19 pandemic accelerated new users into the digital economy in e-commerce and major sectors such as logistics, education, and fintech, all of which experienced significant increases in adoption rates.

However, even though e-commerce is the most mature sector overall, there are still blue ocean verticals to be found.

Underlining this growth is not only greater adoption by existing users but, most significantly, new users.

Based on data from Google, Temasek, and Bain & Company studies, one in three of all digital service consumers in 2020 were new users resulting from the impact of COVID-19, and survey data suggest that these new users will continue to retain new online habits past the pandemic.

Additionally, the majority of these new users were from non-metro areas. But where do the following e-commerce opportunities lie? This requires a deeper look at the different penetration rates of online purchase behaviour per sector, revealing the following key observations.

How the tech-enabled second-hand fashion resale market is growing in Asia by Shahfizal Musa, founder of halalop

In a 2019 resale report by ThredUP with research firm Global Data, the US second-hand clothes (also known as fashion resale) market size has grown 21 times faster than the new apparel market in the last three years.

ThredUp is a US-based online used clothes store that went public in March this year at a valuation of US$1.3 billion, at the time of its initial public offering (IPO).

It might surprise you to know that back in 2019, a Lithuanian online second-hand fashion marketplace, Vinted, was valued at EUR1 billion (US$1.1 billion), as it operated in eleven European markets.

Why these four Vietnamese startups made it to the Forbes Asia watchlist by Duyen Tran, Public Relations at Loship

Recently, Forbes Asia has released the inaugural 100 to Watch list, which spotlights notable small companies and startups on the rise across the Asia Pacific region.

Among the 100 featured companies, Vietnam has four of its startups selected, operating in the fields of e-commerce, logistics, proptech, and healthtech. Let’s take a deep dive into these four outstanding Vietnamese startups making it to the list.

A founder’s take on what startups can do to expand internationally by Kosuke Sogo, CEO and co-founder of AnyMind Group

Startups often think that only businesses with abundant resources can expand into overseas markets. However, the reality is that international expansion becomes possible and faster with advancements in technology and globalisation.

Compared to large enterprises, startups although smaller in size, have an easier time evolving and adapting to specific markets. However, make no mistake, this is still not an easy task for startups.

So what should entrepreneurs keep in mind when they want to expand into overseas markets?

Why are skills the currency of the future business world? by Gary Gan CEO of JobKred

As the world is changing and competition among businesses is increasing, business leaders need to invest in rapid and flexible workforce transformation and skills development to help their employees grow and evolve with the organisation.

We often talk about talent development and retention, but what do skills have to do with it, and why is identifying and closing skill gaps and upskilling so important?

Why being a young entrepreneur is better by Jan Wong, founder of OpenMinds

Despite having no business exposure and was pursuing a degree in computing, I ventured into eight different businesses in various industries, including education, e-commerce, fashion, events, and technology.

Through the process, I discovered a gap between technology and marketing where businesses tend to keep both parts far apart when the world is trying to bring them together – in which OpenMinds was founded to help brands grow using martech for their businesses.

Having discovered a taste for entrepreneurship early in life, I realised that there is a difference between an entrepreneur and a business owner, where it’s more likely for the former to own a business. At the same time, the latter may not necessarily be an entrepreneur.

This comes down to how an entrepreneur thinks, solves problems and accept failures where it is not solely about building a successful business. That said, I am a huge advocate for entrepreneurship from a young age.

The business of social responsibility: Why brands are redefining their social conscience by David Fairfull, CEO and co-founder, Metigy

Consumers want businesses to address the social injustices confronting our world, including equality and climate change. Although, at the same time, consumers are sceptical about ‘woke washing’ where businesses are leveraging these issues as marketing stunts, rather than genuine acts of activism and solidarity.

Consequently, brands are being denounced for inauthentic effort. In the case of Singapore’s Pride Season, IndigNation, which is celebrated nationally in August each year, many brands have been criticised for ‘rainbow washing’ where they used the rainbow colours or flag, but do not undertake any tangible work to support the LGBTQIA+ community.

For brands seeking to demonstrate their social conscience, it’s imperative to consider what value they’re adding and what the desired outcome is. Corporate allies and advocates have an important role in society and can champion meaningful change, however, it must feel credible to consumers and the public.

Build, partner, or buy: A guide to partnerships and M&As by head of Grab Ventures by Everard Ong

Growth is usually the top business priority for early-stage entrepreneurs. To achieve growth, there are many different strategies and tactics and they would typically fall into one of three main categories – build, partner or buy.

That was the topic at the recent Makan For Hope Festival session hosted by Chris Yeo, Grab Financial Group’s Managing Director and Head of GrabPay and Head of Grab Ventures. Below are the key insights and takeaways from the session.

Revenue-based financing: How Klub fuels capital for SME growth in the pandemic by Anurakt Jain CEO and co-founder, Klub

A robust ecosystem of SaaS platforms, digital marketplaces, and marketing platforms has sprung up to support business owners every step of the way, making it easier than ever to start a brand.

Despite strong tailwinds from the supporting ecosystem, capital constraints continue.

While platforms such as Shopify, Amazon, and Flipkart, have changed the game for merchants by democratising e-commerce infrastructure and empowering merchants to go D2C, the landscape of financial products has continued to be limited to traditional forms. With 800,000+ players across D2C, marketplace sellers, Shopify/Magento users in India, we had seen only 100-150 VC investments in 2020.

On the other hand, banks tend to support mature businesses with onerous terms such as personal guarantees and fixed EMIs. While SME financing has started addressing some gaps, fluctuating seasonal revenues and business unpredictability make them harder to utilise.

The trend for asset tokenisation goes back to 2016 when a number of companies perceived the benefits of blockchain. They mainly used the Ethereum blockchain, allowing anyone to create tokens of the ERC-20 standards, which was first utilised during the ICO hype in 2017.

Around the same time, tokenisation was pioneered in the banking sector. Thus, the Visa and Mastercard payment systems started implementing Token Service – an original security technology that replaces the cardholder’s data with a unique digital identifier (token). It can be used for payment without disclosing bank card credentials.

However, there are few successful cases, since not every business trusts cryptocurrencies and blockchain.

In recent months the fundraising platforms, offering small businesses the opportunities to grow, have proved to be the hottest trend.