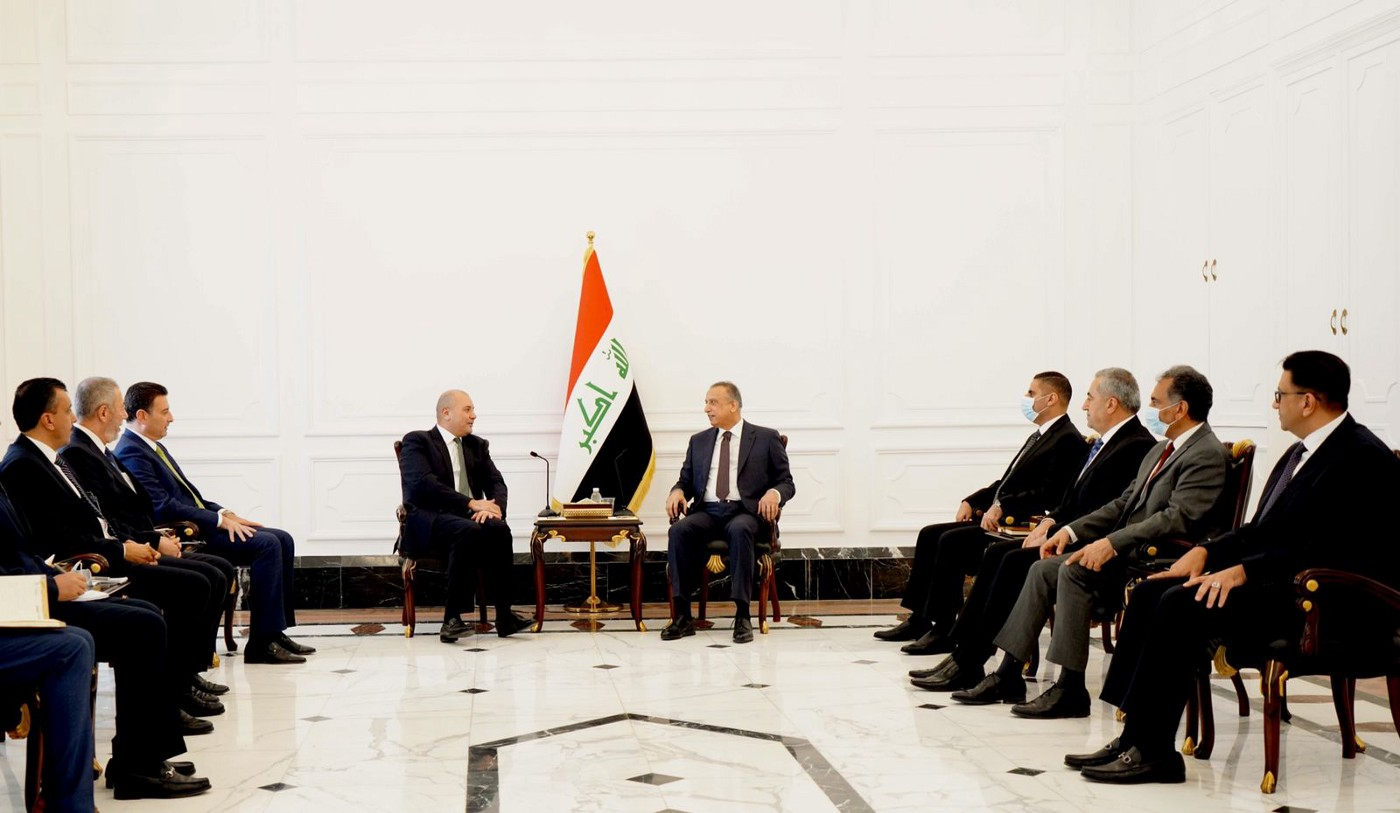 
The Iraqi Prime Minister Mustafa Al-Kadhimi urged Iraqi and Jordanian parliamentarians to facilitate bilateral and regional integration between the two countries on Saturday. Al-Kadhimi’s office said in a statement that the Prime Minister received the Speaker of the Jordanian Parliament, Abdel Moneim Al-Awdat, and the accompanying delegation. According to the statement, Al-Kadhimi confirmed the depth of bilateral ties between Iraq and Jordan, which recently “reached a high level of cooperation.” He praised the role of King Abdullah II in developing these relations through “his active presence in the tripartite summits with Egypt, and in the Baghdad Conference for Cooperation and Partnership.” The Iraqi Prime Minister stressed that Iraq has passed through difficult circumstances, is now on the way to recovery, and is moving towards the normal situation it deserves. The statement indicated that the Speaker of the Jordanian House of Representatives conveyed the greetings of King Abdullah II and affirmed the Kingdom’s keenness to build the best relations with Iraq. Al-Awdat praised the steps of the Iraqi government towards adopting a policy of dialogue to ensure the stability of the region, appreciated the Iraqi role in combating terrorism that threatens the security of the region. 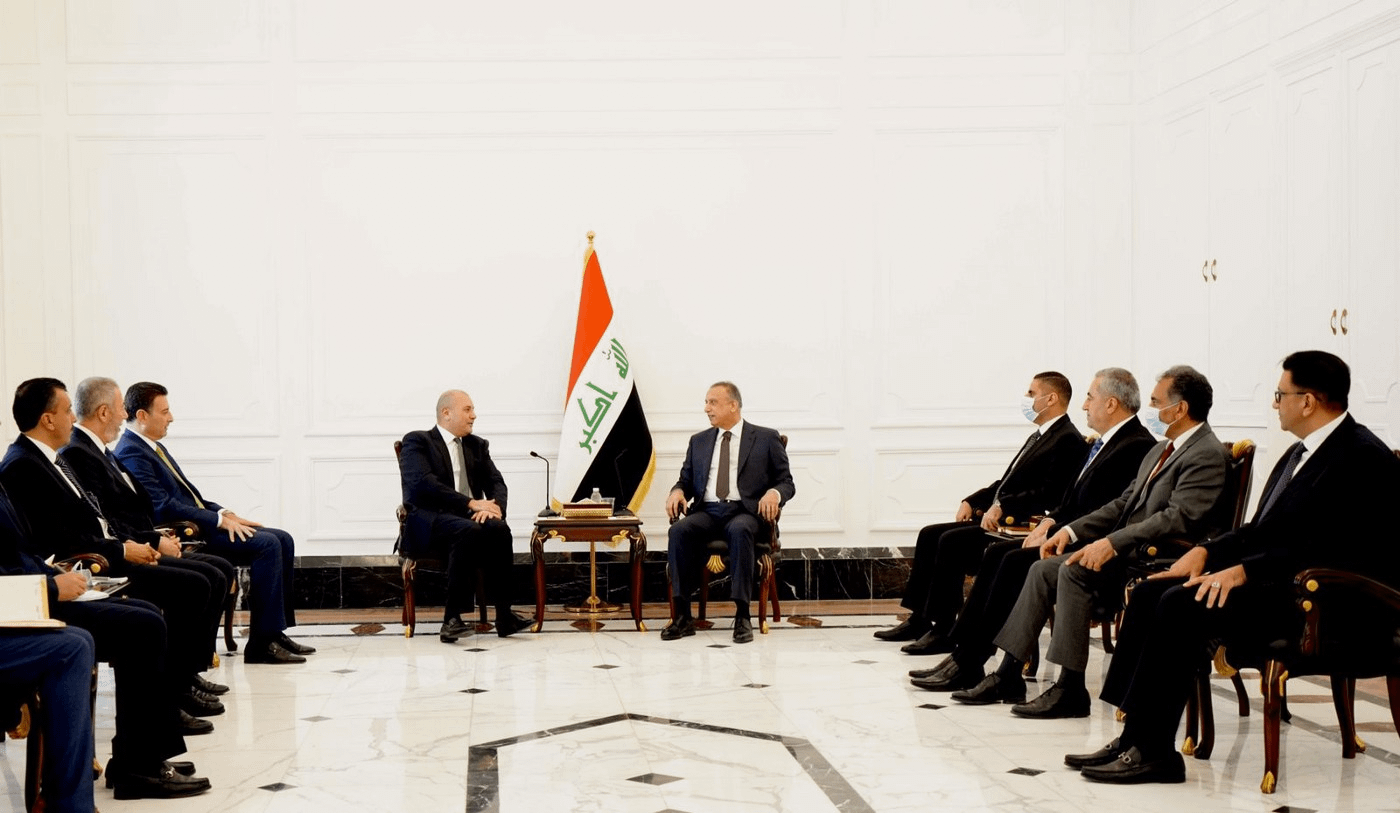