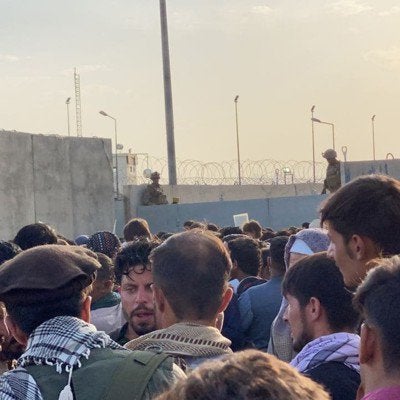 
According to military sources, the Americans rushed to Qatar after reports saying that Doha’s plans to shelter dangerous jihadists to control future Afghanistan scenarios, contrary to what has already happened with the Taliban. Security officers at Al Udeid airbase found that at least one Afghan evacuated from Kabul airport has potential ties to ISIS. Tara Copp, a Senior Pentagon reporter, revealed on “Defense One,” citing a US State Department official, that up to 100 of the 7,000 Afghans evacuated as potential recipients of special immigration visas resulted in having links to terrorist groups on US State intelligence agency checklist. The international community provides the evacuation of thousands of people belonging to categories at risk, such as journalists, workers of humanitarian organizations, translators, and cooperators. However, at least one seems to be a potential member of Daesh, and officials are still working to understand possible links in Afghanistan, Pakistan, and Doha. At least 6,000 fleeing Afghans have been evacuated to the Al Udeid base, which houses US troops in Qatar. Thousands more have been transferred to temporary stops in the Middle East and Europe by US military aircraft. At those bases, customs and border patrol controllers check IDs of displaced people and biometric data against law enforcement databases.

The United Arab Emirates (UAE) is the ideal place to be in the pandemic because of its near-universal immunization, openness to travel, and economic prosperity supported by the recovery of oil prices. : MiddleEastNews