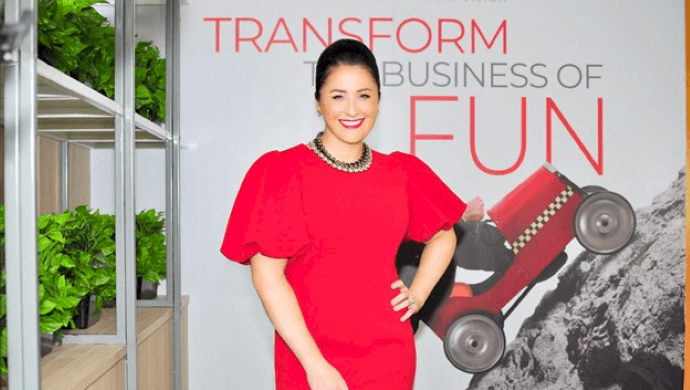 Why the future of work at Adobe is hybrid and how we are building it by Simon Dale, Managing Director, Adobe Southeast Asia

Digital experiences are transforming how people connect, work, learn, and play. The acceleration of digital in the last 18 months has massively changed the nature of work– and that in turn, has changed the way employees are expecting to work today and post-pandemic.

Adobe put together a team composed of members from different functions to learn from the best of the last year and a half and set the vision for how we would work next.

We conducted interviews and focus groups with hundreds of employees, managers and leaders across various locations, organisations, and tenure, and we regularly surveyed our global employee population to draw a vast array of insights to both inform our plans and test our hypotheses to create a future model that would work best for Adobe.

The hunt for talent: How to attract world class entrepreneurs to corporate ventures by Joe Tanner, VP Ventures at Rainmaking

Over the past decade, we’ve built and invested in ventures with more than 100 of the world’s biggest and best corporations. Talent, and particularly a difficulty attracting the right sort of entrepreneurial talent, has been a constant theme.

With the intensity of competition for venture talent heating up here in Singapore, we’ve looked to the data to understand how corporates can get ahead.

We’ve spent the past month engaging with 30 founders from across the entrepreneurial spectrum to understand more about why they would or wouldn’t be open to joining a corporate venture.

The terms “hard and soft skills” were coined in 1972 by the US Army to differentiate the abilities of people who were good at machine operations from those of people who did well supervising others.

But since then, we have learned that there is nothing soft about managing people, or dealing with office politics, nor that hard skills, from engineering to finance, AI, and machine learning should be defined as firm, rigid, and resistant, given constant technological change.

Most of my research interest is related to how entrepreneurs can scale their ventures, and in my work, I have identified an evolutionary lifecycle that I call “Nail it, Scale it, Sail it” in order to map this journey and equip entrepreneurs with the tools to succeed in each stage of this arduous trek.

How should SMEs and startups prepare to handle a ransomware attack? by Gene Yu, CEO and Cofounder of Blackpanda

Much like criminals in the physical world, cybercriminals are most effective when three key elements merge together: Motivation, resources, and opportunity.

The motivation behind ransomware attacks is primarily economic, as companies are often willing to pay millions of dollars to the attackers in order to have their files unlocked, systems restored, and business operations resumed smoothly.

As cybercriminals continuously upgrade their malware and their strategies become increasingly sophisticated, attackers are developing resources to conduct cyber-attacks of enormous magnitude and impact.

In 2009, when it was still a small but profitable agency, Wilkinson recognised that his “biggest problem at the time was managing people. I was up to about 10 employees and I was having trouble keeping track of what everyone was working on.”

They started developing the project management service Flow and launched the beta version nine months later. It was to scratch an itch. “We were frustrated with having to use three different apps to manage our daily workflow, so we decided to build a solution ourselves,” says Wilkinson.

“We broke all the rules. We didn’t raise money, worked short days, and even did client work on the side. And yet just three weeks after launching, Flow was turning a profit. One year later, we’re bringing in over US$500,000 in recurring revenue and growing like crazy,” says Wilkinson.

He borrowed an idea from Basecamp, building software for themselves and then selling monthly access to it.

How I dealt with a male-dominated tech industry as Embed CEO by Renee Welsh, CEO of Embed

While there are more women entering male-dominated industries, female representation at the executive level is dismal at best. It is also widely known that women are underrepresented in the tech sector.

I believe that women supporting women is the only way women will rise and step into their power in the workplace. It is important to be the change you want to inspire. The only way to bring out the best in others is to expect the best from yourself and lead by example.

Here is my story, a female CEO of a tech company in the family entertainment centre (FEC) space, and how I overcame obstacles and prejudices to grow a business that is both successful and gender-inclusive.

People, team, culture, and leadership are topics brought up frequently by current and aspiring entrepreneurs at the Makan for Hope Festival roundtables. On July 27, Samuel Rhee, co-founder of Endowus and former CEO and CIO of Morgan Stanley Investment Management in Asia, hosted a roundtable discussion on how to build a team and maintain it.

In this 90-minute session, ten participants had the opportunity to tap into Rhee’s decades-long leadership experience across small and large organisations and had many questions answered on the fundamentals of building a successful company – including building powerful teams.

Having already gone through the journey of being a first-time founder and learned valuable lessons, serial founders are one of the most sought after groups of individuals for investors.

After partnering with several fascinating serial founders through our work at Picus Capital, we are now excited to share lessons from founders about starting and building ventures from scratch, what keeps them motivated, what they learned throughout their careers as founders and early employees at different ventures, and what advice they have for future entrepreneurs.

We spoke to Sebastian Schuon, who founded Stylight and Alasco; Carsten Lebtig, who founded Sanubi and Workmotion; and Guilherme Pinho Bonifacio and Diego Libanio, who founded Mercê Do Bairro together after having founded ifood.com and Zé Delivery, respectively.

Building a platform operating model for the AI bank of the future by Renny Thomas, McKinsey & Company

Any organisation undertaking an AI-bank transformation must determine how to structure the organisation so that its people interact and leverage tools and capabilities to deliver value for each customer at scale.

Currently, the widening divide between fast-evolving customer expectations and inertia within the bank reinforces silos and weakens the bank’s ability to respond to the demands of the new machine age. The challenge for leaders will now be to shift the organisation from this siloed structure to a radically flattened network of platforms.

Insurance industry is poised for its “PayPal moment” in Asia by Sirish Kumar, enabling growth in digital finance in Asia

Buying an insurance policy can be overwhelming for some. There are pages of policy details with a lot of small print and hard-to-understand terms to consider, while deciding which type of policy, such as life, health and home insurance, you need can also be a difficult decision to make.

It’s been that way for a long time, with big, slow-moving legacy insurance firms dominating the market for more than a century, investing little in innovation and technology and failing to connect with large swathes of the population.

Finally, though, the industry is on the cusp of a major transformation. It’s poised for a “PayPal moment” that will make coverage options simpler, more accessible and affordable for millions of previously excluded people.

Digital banks must survive to be disruptors and drive change. As the incumbent, traditional banks have the advantage of brand trust and recognition, making it hard for digital banks to compete as a newer player.

Some digital banks in other regions have been unsuccessful due to poor funding strategies, focusing on the wrong demographic or failing to inspire customer trust and loyalty, so Southeast Asian digital banks, specifically in the emerging markets like Singapore, Malaysia and Philippines, must avoid repeating these mistakes.

If we exclude this pandemic period, the increase in the internet penetration rate has been dazzling with a growth rate of 10,199 per cent over the period 2000-2018 (570 per cent in Europe and 219 per cent in North America), according to the Internet World Stats Institute.

The first cables connecting Europe, Africa and Asia were only put into operation in 2002 and this development is mainly the result of the boom in wireless technologies and African fintech in particular.