Insurance industry is poised for its “PayPal moment” in Asia 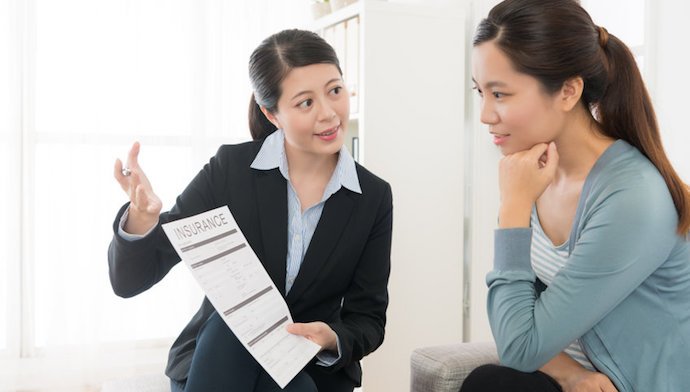 Buying an insurance policy can be overwhelming for some. There are pages of policy details with a lot of small print and hard-to-understand terms to consider, while deciding which type of policy, such as life, health and home insurance, you need can also be a difficult decision to make.

It’s been that way for a long time, with big, slow-moving legacy insurance firms dominating the market for more than a century, investing little in innovation and technology and failing to connect with large swathes of the population.

Finally, though, the industry is on the cusp of a major transformation. It’s poised for a “PayPal moment” that will make coverage options simpler, more accessible and affordable for millions of previously excluded people.

Similar to my experience in tech-driven and customer-centric disruption in other financial services such as payments and lending, I expect that insurtech will scale up from a product-market fit and innovation theatre stage in the next two to three years, demanding that traditional firms adapt or die while ushering in innovative new partnerships and digital-first players.

The shift is already well underway, led by the US and Europe. In the first five months of this year, European insurtech firms raised US$1.9 billion across 52 deals, surpassing all of 2020’s total by US$1 billion.

Globally, the insurance industry grew sluggish three per cent from 2010 to 2019. But the best-performing quartile of players registered growth of around 19 per cent in the same period, showing that there are opportunities for players who identify promising sub-markets and are able to deliver customised products.

While Asia is still in the early stages of insurtech adoption, there’s good reason to believe it will be its most exciting frontier. The region has leapfrogged the West in many digital services thanks to its rapid adoption of mobile apps and high levels of connectivity.

Also Read: Fuse closes Series B in a GGV Capital-led round to grow its insurtech platform beyond Indonesia

This comes amid low credit-card penetration and a high unbanked population in countries such as Indonesia and the Philippines.

Both countries have a huge population of young, digitally savvy consumers and micro business entrepreneurs who have largely been disconnected from the insurance industry and who stand to benefit enormously from better, more flexible and accessible coverage.

Less than four per cent of Indonesia’s 270 million people have insurance coverage, for example. In the Philippines, the rate is at around two per cent. With no ties to legacy insurers, these consumers represent a massive opportunity for innovative newcomers.

Since insurance penetration is low, I anticipate that more insurtech will focus on innovating the distribution of products to the unbanked and underbanked customer segments of the population.

The big problem for traditional insurance players in tapping this market has always been their distance from consumers. Customers tend to come to insurance companies when events dictate they need a policy, but firms have otherwise lacked a way of continuously engaging with people to better understand their needs. This is where technology and smart partnerships have the potential to supercharge the industry.

By going direct to consumers through their smartphones, insurers can finally bridge that gap and build a much richer understanding of customers through individualised data.

In doing so, they can change the current event-based model into a transaction or engagement model and lower the negativity attached to insurance from customers’ point of view.

This will enable them to create individualised, simple, low-cost policies that meet the needs of these countries’ rapidly expanding middle class.

After partnering with insurance companies, Oriente’s customer’s experience 72-hour, no-questions-asked claim processing and flexible policies based on predictive risk that fit with an individual’s work/life balance. The customer-centric features will enable these players to expand their reach and opportunities for further engagement.

Southeast Asia is already seeing a flurry of insurtech activity. In Indonesia, MicroEnsure, Qoala, PasarPolis, Fuse and bolttech are among the innovative startups that are partnering with insurers and distribution platforms in the lending and payments space and are already making an impact.

In 2020 alone, six new insurtech companies were approved in Indonesia and more have applied for a license, which reflects the willingness of the country’s Financial Services Authority to back the digital insurance industry.

I expect that companies like Cover Genius, iptiQ, bolttech and MicroEnsure will continue to expand their presence in multiple Asian countries, including the Philippines, Indonesia and Vietnam, where insurtech players are starting to disrupt traditional players and annual growth in the sector is expected to reach nine per cent by 2025.

A great strength of the technology platforms will be their ability to gather data much more dynamically and in more detail than firms still relying on paper forms, enabling them to erode established companies’ century-old advantage in just a few years.

Oriente, for example, is already receiving testimonials from young customers in Indonesia and the Philippines, all of whom express their approval of the quick, simple onboarding process and rapid claims processing on auto and travel policies.

However, the inflexion point at which insurtech platforms will become the new normal isn’t quite here yet. Countries still have to put in place regulatory frameworks that fully clear the way, a process that’s likely to take some years and will be delayed by the traditional industry’s lobbying efforts.

But I see the inflexion point is inevitable, just as it was for the payments and lending fintech industry. Led by Indonesia, insurtech is expected to drive growth of US$8 billion in new premiums in Southeast Asia by 2024/25, becoming increasingly fundamental to the industry’s success.

Once regulations for digital insurance are in place, we will likely see a decisive shift as it moves from the area of innovation to being adopted across the industry as core to operations.

To avoid being left behind, traditional players should be developing strategies now to build the IT architecture and partnerships they’ll need to tap new customers and show them that insurance can be a much more positive experience that is aligned with the region’s untapped, underbanked population.

The post Insurance industry is poised for its “PayPal moment” in Asia appeared first on e27.