27 Singapore tech startups that have made us proud this year 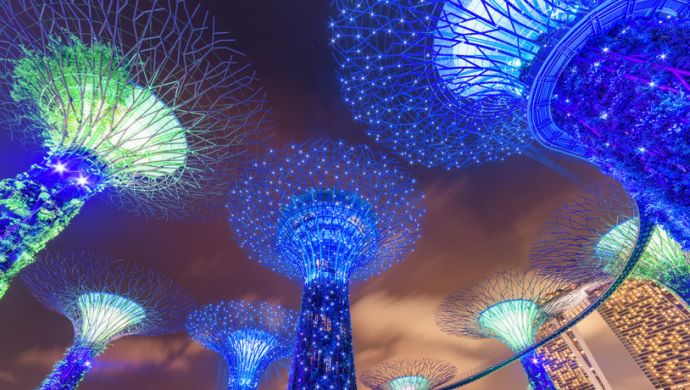 On this National Day, despite everything that Singapore has to go through during the pandemic, there are still reasons to celebrate. One of them being the local tech startups that have made notable achievements and milestones this year.

These achievements and milestones range from securing unicorn status, confirming plans to go public, and raising more than US$15 million in a single funding round.

For your reading convenience, we have gone through our news coverage of the Singapore startup ecosystem this year and compiled the top 27 for you.

Nium, which offers cross-border payment services in multiple countries around the world, has become Southeast Asia’s latest tech company to get the unicorn status, following a US$200 million Series D investment round led by US-based Riverwood Capital.

Syfe, a Singapore-headquartered digital wealth management company, announced that it has closed its Series B funding round of SG$40 million (US$30 million) led by Valar Ventures, the US-based VC firm co-founded by Peter Thiel. Existing investors Presight Capital (US) and Unbound also participated.

This capital injection comes just nine months after Syfe’s US$18.6 million Series A round led by Valar Ventures in September 2020.

Plant-based foodtech startup Next Gen Foods has extended its seed financing round by raising US$20 million afresh.

This comes less than five months after it raised US$10 million from a host of investors, including Temasek and K3 Ventures — bringing the total funds raised from this round to US$30 million.

Cross-border e-commerce enabler SCI Ecommerce announced the final close of its ongoing fundraising, bringing the total capital raised from this round to approximately S$88 million (US$65.4 million).

The first tranche of this round worth US$38 million, announced on May 3, 2021, was led by Asia Partners.

Cialfo, a startup in the international student mobility space, raised US$15 million in an extension of its Series A round co-led by new investors SIG and Vulcan Capital. Backers also include January Capital, Bisk Ventures, Patrick Walujo and Teik Ngan Loy.

Cialfo will use the new capital for product innovation as well as expansion to India, China and Southeast Asia.

Endowus.com, a MAS-licensed digital wealth platform, announced that it has received investments from strategic investors, including UBS, Samsung Ventures, and Singtel Innov8. Lightspeed Venture Partners and SoftBank Ventures Asia also joined the round.

The strategic investors will play a critical role in Endowus’s growth and ambition to become a leading robo-advisor and digital wealth manager in Singapore and Asia.

Zenyum, a direct-to-consumer dental products startup, raised a US$40 million Series B funding round led by L Catterton, a global consumer-focused private equity firm. L Catterton invested US$25 million into the startup in this funding round.

US-based tech company Nityo Infotech invested US$100 million in embedded finance company MatchMove Pay in return for a significant equity stake. With this investment, Nityo will become the largest shareholder in MatchMove.

Together, the two companies aim to empower clients to embed own-brand digital financial services in their own platforms and apps.

Osome, a startup that has developed an accounting and corporate compliance app for small and medium enterprises (SMEs), secured US$16 million in Series A funding. Investors are Target Global (Berlin), AltaIR Capital, Phystech Ventures, and S16VC, besides Peng T. Ong, Managing Partner of Monk’s Hill Ventures.

The fresh capital will be used for international expansion and to fuel product integrations.

The fintech startup will use the cash to grow its business in Southeast Asia.

The transaction could value the tech company at about US$1.5 billion. It is already working with an adviser on the potential deal.

This comes after over three years after it raised US$10 million in seed funding from leading US, Singapore and China-based VCs and multi-stage investors.

Clinical-stage biotech company Hummingbird Bioscience announced the close of its US$125 million Series C financing round, led by Novo Holdings.

MVLLabs, a mobility blockchain company, raised US$15 million in a Series B funding round led by Korean automotive parts manufacturer CENTRAL. Singapore-headquartered TRIVE Ventures also participated in the round.

MVL will channel these funds towards expanding its mobility offerings – beginning with the launch of its first electric vehicle (EV), the ONiON T1.

Rainforest, an e-commerce brand aggregator, announced its launch with a seed financing round of US$36 million. The funding round consisted of US$6.5 million in equity financing, led by Nordstar, with participation from Insignia Venture Partners, and a US$30 million debt facility from an undisclosed US-based debt fund.

Rainforest will use the funds to acquire promising Amazon FBA (Fulfilment by Amazon) brands, invest in technology, and hire top talent to join their Singapore-headquartered and globally distributed team.

Glints, a Southeast Asia-focused online platform for career development and recruitment, raised US$22.5 million in a Series C funding round led by Tokyo-listed PERSOL Holdings.

Returning investors, including Monk’s Hill Ventures, Fresco Capital, Mindworks Ventures and Wavemaker Partners, besides angels such as Binny Bansal (co-founder of Flipkart) and Xiaoyin Zhang (former Head and Partner at Goldman Sachs TMT China) also participated in the round.

Trax secured US$640 million in a Series E financing round led by SoftBank Vision Fund 2 and technology-focused funds managed by existing investor BlackRock. This round of primary and secondary capital financing also saw participation from new investors including Canadian pension fund OMERS and Sony Innovation Fund.

The blockbuster Series E round is more than double what the company raised in the past decade. To date, the firm has raised US$1.03 billion in investments and is understood to be valued at over US$2 billion

Grab confirmed its plans to go public in the US in partnership with Altimeter Growth, a special purpose acquisition company (SPAC). The company expects it to be the largest-ever US equity offering by a Southeast Asian company.

The combined entity expects its securities will be traded on NASDAQ under the symbol GRAB in the “coming months.”

The proposed transactions value Grab at an initial pro-forma equity value of approximately US$39.6 billion at a PIPE size of more than US$4 billion.

Biotech company Austrianova signed an agreement with Luxembourg-based private alternative investment group GEM Global Yield to provide it with a share subscription facility of up to US$100 million for a 36-month term, following a public listing.

The deal will allow Austrianova to draw down funds by issuing shares of common stock to GEM.

StashAway, a robo-advisor for both retail and accredited investors, raised US$25 million in its Series D funding round led by Sequoia Capital India.

Existing investors, including Eight Roads Ventures (the global investment firm backed by Fidelity International and early investor in Alibaba), and Australian VC firm Square Peg also participated in the round.

PatSnap, a provider of R&D intelligence and IP intelligence platforms for brands and enterprises, secured US$300 million in Series E financing round, led by SoftBank Vision Fund 2 and Tencent Investment.

This round puts PatSnap into the unicorn club.

Ryde, a mobility app company, announced that it is preparing for an IPO launch on the Catalist board of the Singapore Exchange (SGX), according to a press statement.

Grab Financial Group (GFG), the fintech arm of the Southeast Asian ride-hailing giant, announced an over US$300 million Series A funding. The round was led by Korean asset management company Hanwha Asset Management, with other investors such as K3 Ventures, GGV Capital, Arbor Ventures and Flourish Ventures, joining.

The fresh funds will go towards expanding its team and increasing “more affordable, convenient and transparent” financial solutions in the region, the company said in a statement.

iSTOX, a Singapore Exchange (SGX)-backed digital securities platform, announced a US$50 million Series A funding round, as two Japanese government-backed investors joined the round. The VC arm of Japan Investment Corporation, JIC Venture Growth Investments (JIC-VGI) and government-owned Development Bank of Japan (DBJ) joined other new investors including Japan’s Juroku Bank and Mobile Internet Capital (MIC) in the latest round of financing.

The group expects the acquisition to be completed before August 2021 and claims it will help accelerate BlueSG’s development and expand its operations to other smart cities across the Asia Pacific region.

RWDC Industries secured nearly US$168 million over its six years of existence from renowned VCs such as Vickers Venture Partners as well as the ‘Iron Man’ star Robert Downey Jr.

RWDC Industries is one such startup that has long been working on developing a biodegradable alternative. It produces medium-chain-length polyhydroxyalkanoate (mcl-PHA) biopolymers that are designed for use across a broad range of applications.

Having an updated profile in the e27 Startup Database opens up opportunities for greater exposure among potential investors and collaborators. Create and update yours now.

The post 27 Singapore tech startups that have made us proud this year appeared first on e27.