It’s raining unicorns in India. Here is why 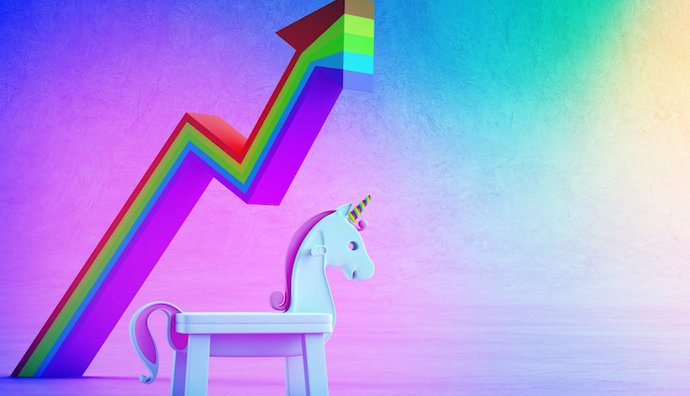 A unicorn is a privately owned tech startup that surpasses the valuation of US$1 billion. India has been churning out unicorns at a crazy rate lately. Let’s find out why.

The Indian tech industry has reached a new peak. For years, Indian has been the world’s outsourcing capital, but finally, the time for Indian startups has come. 2021 has been remarkable for some of India’s tech startups so far, despite the pandemic.

In fact, when most businesses were shutting down because of the virus, lockdowns accelerated economic digitisation worldwide and more so in India, which had already been on the path towards digitisation prior to the pandemic.

As a result, some of the big tech startups in India have seen massive growth in their user bases as well as in interest from investors. Just in the first seven months of 2021, India has produced 16 unicorns: namely, Digit Insurance, InnovAccer, Meesho, Five Star Business Finance, Infra.

That’s beyond what was expected from the country this year, even more than 2020’s count, which was already the best year for India unicorns so far. Interestingly, these Unicorns span across various industries from fintech to healthcare and from social platforms to B2B e-commerce. That’s a good indicator that this isn’t just an industry-specific bubble but rather a sign of true economic digitisation.

But with billions of dollars being poured in as investments, it might be worth asking what makes Indian tech startups so investable? What is the reason behind India’s unicorn boom, and is it even sustainable? Here are some reasons why India has grown to be the world’s unicorn hub.

India is an enormous market with a population of around 1.3 Billion. But despite an evergreen and growing tech sector, ridiculously affordable mobile devices and internet plans, and various government programs aimed at encouraging digitisation, only around half of India’s population has access to the internet.

Also Read: How these four India-based startups are impacting the earth

Don’t get me wrong that is still a lot of users; in fact, India ranks second in terms of internet users worldwide. But what’s interesting here is that India isn’t just one of the biggest markets out there; it is also, for the most part, untapped.

Unlike other countries that represent far more mature and saturated markets, India presents itself as an opportunity for companies to expand and grow big.

This is one of the biggest reasons behind India’s tech boom; it is the world’s largest market which is bound to almost double in size in the coming decades.

With young markets like these, companies have the opportunity to establish themselves early on as strong players for the long run. Open markets incentivise rapid expansion, which requires startups to look for large capitals right off the gates.

Native startups have an inherent advantage

Part of the reason tech startups are turning into giants almost overnight in India is that many of them have managed to solve some of India’s traditional problems with technology. Take India’s growing fintech unicorns, for example.

Groww and Zerodha are India’s most popular investment platforms that let the average consumer invest in various assets. Traditionally Indian has never had an investment culture; thus, these companies are using technology to overcome a cultural barrier, and needless to say, it’s working.

Beyond just solving problems, these companies have mastered the art of selling to the Indian consumer. Consider CRED, another fintech unicorn that rewards its users for paying their credit card bills on time.

By offering the right mix of lucrative reward programs and celebrity-focused marketing campaigns, two things that India loves the most, Cred has managed to acquire around 5.2 million users that account for almost 20 per cent of India’s credit card bill payments.

The point here is that the coming generation of Indian startups has cracked the code for customer acquisition. By addressing deep-rooted, previously unresolved problems with cutting-edge technology and banking on India’s rapid digitisation for marketing and publicity, young startups are growing faster than anyone could expect.

It’s also worth noting that most of these unicorns are mobile apps, which means that if this billion-dollar app bonanza continues, then app developers and mobile app development in India are likely to get significantly more expensive.

When talking about India’s growing unicorns, it’s impossible not to talk about the growing number of international investors they attract. India being the second-largest and fastest-growing tech market in the world is attracting a ton of foreign investment.

So far in 2021 alone, around US$11 billion have been invested in Indian startups, and a big chunk of this is from foreign investors. Tiger Global, a US-based investment firm, led the recent investing round in India, overtaking Sequoia Capital as the top investor.

Also Read: How Singapore’s tech community is helping India in its battle against COVID-19

Another primary reason why investors are drawn to India could be their losing interest in China. China being the largest tech market globally, has always been a big attraction for international investors; however, being a relatively mature market, its investment opportunities are somewhat limited.

Contrast that with India, where users are simply dipping their toes in the world of tech and the markets are relatively unregulated, and it should be obvious where most investors will be willing to bet.

India is a young nation with a raging entrepreneurial spirit. The right combination of a hungry and growing market, generous investors, bold entrepreneurs, and the technology to tie it all together has led to a time where it’s raining unicorns in India.

Some experts believe that the trend is likely to continue, that India will continue to churn out more unicorns over the coming months and years. Others criticise some of these unicorns as a ‘cash-burning disaster’ that will eventually end up bursting the unicorn bubble in India.

Either way, it’s hard to disagree that the time for Indian tech startups is here; and India’s journey towards becoming a global technology leader has only just begun.

The post It’s raining unicorns in India. Here is why appeared first on e27.