Bukalapak raises US$1.5B on the first day of its IDX debut, shares jump 25 per cent 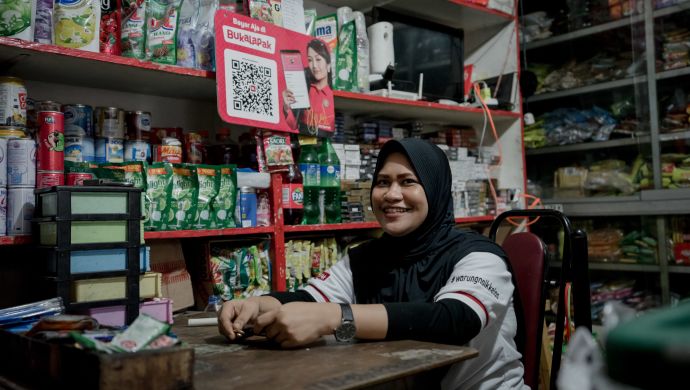 Indonesian e-commerce giant Bukalapak today made its debut on the Indonesia Stock Exchange, raising US$1.5 billion in its initial public offering (IPO).

Bukalapak wants to use the proceeds from the IPO to support the operations of its holding company and its subsidiaries.

According to a The Straits Times report, based on the Bloomberg data, the debut gain has pushed Bukalapak’s valuation to IDR109 trillion (US$7.6 billion), putting it on par with state-owned enterprise Jasa Marga and telco Axiata.

In a press conference, CEO Rachmat Kaimuddin said Bukalapak remains committed to maintaining its performance and supporting Indonesian MSMEs through its various services.

The firm also aims to implement a business strategy that includes strengthening its “all-commerce platform” and partnering with Mitra Bukalapak, the MSMEs using the platform.

It will also increase its focus in tier-two and tier-three cities in Indonesia.

“We aim to create a fair economy for all,” Kaimuddin said.

Bukalapak’s journey began in 2010 as a C2C online marketplace. Over the years, the company has ventured into various verticals, including fintech and O2O e-commerce.

The firm became a unicorn in January 2018 and counts GIC and Microsoft among its investors. It is also the first unicorn in the archipelago to go public both domestically and abroad.

According to Kaimuddin, Bukalapak chose IDX to list its shares, given its status as a local company with stakeholders primarily based in the country.

Bukalapak, however, is not the first company to list on the IDX. In 2017, two Indonesian tech startups Kioson and MCash had gone public on the local exchange. Kioson raised US$3.3 million on the very first day, while M Cash raised US$22 million.

In an interview with e27 in June 2020, IDX commissioner Pandu Sjahrir spoke about the organisation’s plan to encourage more Indonesian tech companies to get listed on the stock exchange.

“What we are doing here is deepening the demand, particularly by having more young investors on board. It is something that starts with education about the capital market,” Sjahrir said.

The post Bukalapak raises US$1.5B on the first day of its IDX debut, shares jump 25 per cent appeared first on e27.