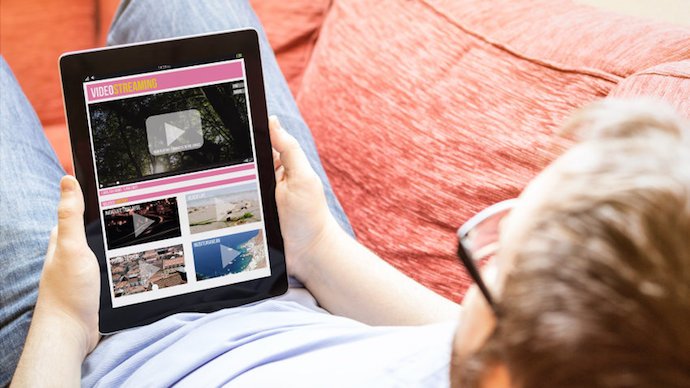 The pandemic has been unprecedented, bringing economies across the world to an unforeseen and staggering halt.

In the same vein, entertainment has been one of the worst affected industries globally. Across Asia, from Southeast Asia to India, China and Japan, live performances came to a near standstill as venues shuttered in the wake of nationwide lockdowns to contain the spread of the coronavirus.

Despite the challenges, the entertainment industry has remained resilient, rising to the occasion quickly and transforming consumer habits. While the live entertainment and film industry saw a decrease in revenue and a delay in some productions, online streaming boomed.

The total weekly minutes spent online video streaming on mobile devices increased 60 per cent across Singapore, Malaysia, the Philippines, and Indonesia, according to an industry report.

News consumption also increased, as people tuned in to news outlets to follow the latest updates on the pandemic.

Even traditionally offline entertainment, such as museums and theatres, have turned to organising virtual museum tours, virtual cultural neighbourhood tours, and online plays on Zoom.

As new technologies and trends drive innovation and unravel new opportunities in the media and entertainment industry, the coming times look propitious.

Technology has been one of the pioneering elements shaping the development of media and entertainment industry trends globally. Its adoption therefore would help pave the way forward for new age media companies in the region to create new revenue models to thrive in this sector.

While over-the-top (OTT) media services such as Netflix and Amazon were already popular before the pandemic, COVID-19 has brought these players to the forefront, with films distributed on these streaming platforms already dominating the Oscars.

High profile A list actors are no longer shying away from filming in TV series and movies designed for Netflix and Disney+.

Netflix is currently the dominant player in the global OTT entertainment industry, with a total of 207.3 million paid subscribers and an Asia Pacific customer base of 23.5 million at the end of 2020.

Although Disney+ has just recently entered the OTT streaming market, within 17 months, it has already surpassed 103 million subscribers at the end of 2020.

Going forward, content creators need to quickly adapt their offerings with respect to the evolving trends in this sector.

On one hand, demand for interesting and insightful video streaming content has increased as we are already witnessing the highest ever level of content consumption since everybody was confined to their homes.

Yet, on the other hand, the supply of content has been hit with the stalling of film and TV productions, web-series, and cancellation of live events over the past year.

In many ways, 2020 was a year of dichotomy. The entertainment industry is still reeling from the effects of the pandemic and will need a recovery plan. While outbreaks have been brought under control in some countries signalling the return of theatre goers and film aficionados, an uncertain future remains as we are not fully out of the woods yet.

Production houses are putting together a drawing board for a way forward. Production has re-started, but as the second and third waves of outbreaks hit, it was stopped again, sometimes indefinitely.

Also Read: Here’s how blockchain tech will contribute to the music and entertainment industries

While production houses want to continue producing relevant and engaging content for end users, they need to remain flexible and prioritise the health of their artists and staff, which often leads to higher budgets and longer lead times for projects.

In addition, due to a decrease in demand for various goods and services, many large corporations which used to spend millions of dollars a year advertising in mainstream media have cut advertising budgets.

This has led to lower ad revenues for media companies, as much as 18 per cent, according to the CRISIL report.

While uncertainty remains, it is not all gloom and doom for Asia’s entertainment industry. Consumers may have more time on their hands to consume content but are also becoming more selective in picking and choosing the content they want to invest their time and money in, especially so amid rising competition in the online streaming entertainment industry.

An unintended effect of COVID-19 on the entertainment industry is that it has also widened consumers’ watching habits and put a spotlight on Asian content and artists.

While many Hollywood blockbusters were delayed due to the worsening outbreak in the US last year, a steady stream of Asian films made in China, Taiwan, Korea, India, and even Singapore, continued to be produced and gained prominence amongst consumers. Asia’s diverse and talented producers, artists and content creators deserve to be recognised and celebrated.

Given a rise in demand for digital content consumption and increasing viewership, as well as halts in production of new content, existing content is likely to become more valuable. In time, this not only increases competition amongst existing film and television content creators and platforms, but also drives the creation of new forms of content.

OTT platforms will need to ramp up their content libraries and replacing the multiplex with home theatres. Movies are unlikely to go out of style completely but will need to provide extraordinary experiences to audiences rather than just being a tentpole film on a bigger canvas.

Digital is already fuelling Asia’s entertainment industry and will only continue to grow in future. Media companies as well as large corporations in other sectors have realised the value of digital content across multiple platforms and creating curated creative content to capture the attention of the audience needs to be the way forward.

With the world embracing Asian content, the time is now for Asian creators to look at the global stage through producing high quality content that showcases the unique and diverse cultural landscape of the region and tells compelling stories of their lived experiences.

The post How Asia’s entertainment industry can adapt to changing dynamics amid a global calamity appeared first on e27.