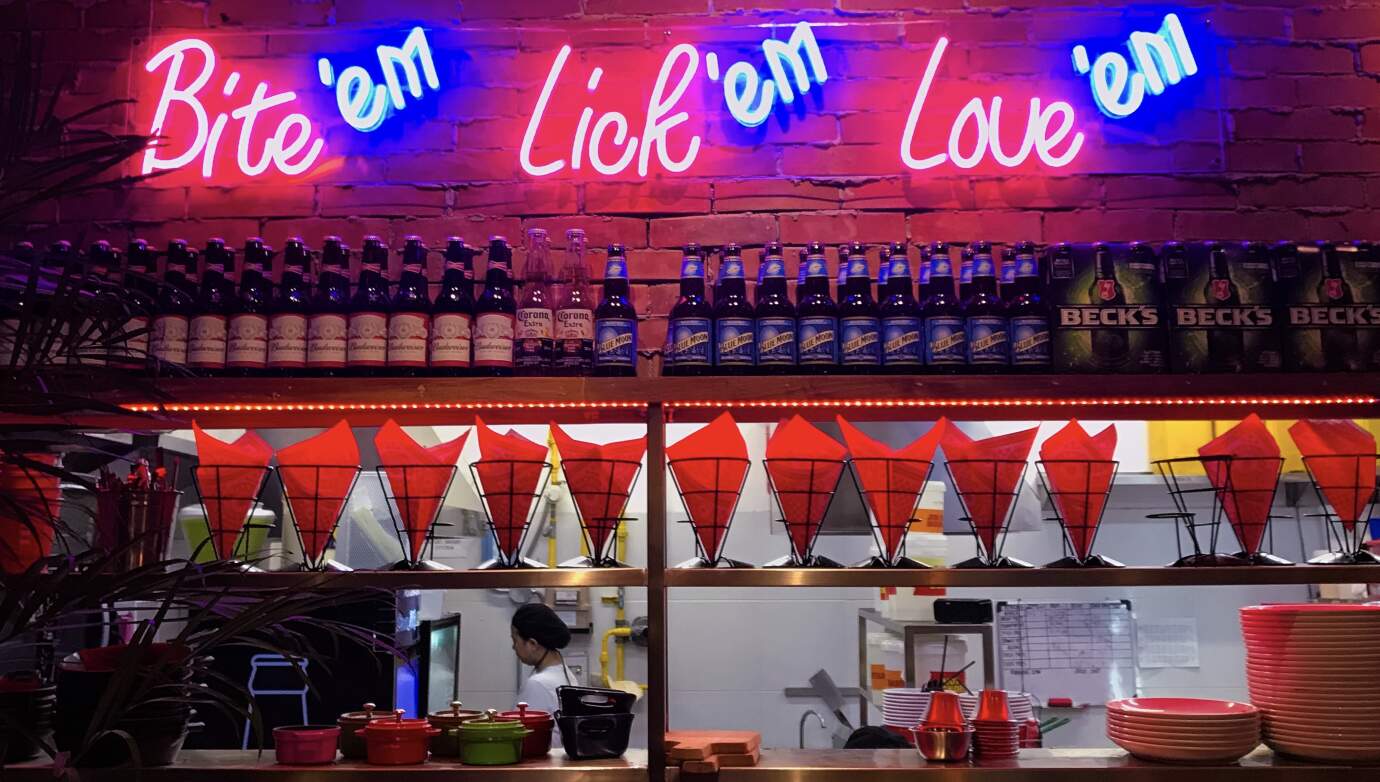 Food is at the centre of Filipino culture, and it plays a crucial role in their family and social gatherings. Filipinos spend almost 30 per cent of their income on food alone.

Generally, they are curious about food and love to try new cuisines. When a new globally popular restaurant chain opens an outlet in the country, it normally sees long queues of people.

However, COVID-19 altered this food culture. As the pandemic threw life out of gear and kept people confined to their homes, offline gatherings and dining-outs became a thing of the past — at least for now. This led a lot of locals to venture into cooking, initially for fun. As they sensed an opportunity, they converted this fun to business and started selling their dishes online.

“Leveraging the huge popularity of social networking platforms such as Instagram, Filipinos started selling specific types of food online, and their ‘small businesses’ became a hit,” says my colleague Lyra Reyes, a Filipino.

This indicates that there is massive potential for foodtech, especially for on-demand delivery. As the crisis continues, ‘cloud kitchen’, a subset of foodtech and a relatively untapped territory until the pandemic breakout, suddenly became hot.

“The idea that cloud kitchens can make it easier and faster for Filipinos to order the food they want, or to try interesting new concepts from the comfort of their homes or offices is very intriguing. The pandemic and subsequent lockdown taught Filipinos that ordering food online can be very easy,” says Franco Varona, Managing Partner of Foxmont Capital.

Foxmont is an early-stage investor with a few deals in its kitty. In April, it led the US$1.5-million seed funding round of Kraver’s Canteen, a local cloud kitchen startup.

The Philippine food delivery market is growing exponentially (~48 per cent y-o-y growth), the fastest in Southeast Asia, and is projected to hit US$8 billion by 2025. This growth is attributed mainly to the pandemic. With many of the country’s major cities still under lockdown and the resumption of dine-in services is uncertain, customers prefer ordering food online and have it home-delivered.

Also Read: (Exclusive) All female-led MadEats ropes in Tinder co-founder as investor to scale its internet food brands in Philippines

The cloud kitchen industry is still in its early stages in the Philippines when compared with fast-growing markets such as the US, the Middle East, and India, and even neighbouring Singapore and Indonesia. It is not surpising as the food delivery ecosystem itself is relatively young in the Philippines, where the first delivery firm to enter the market was foodpanda in 2014 — just seven years ago.

Technically, Grab was the first company to introduce the cloud kitchen concept to the Philippines when it opened GrabKitchens in 2019 (though it was not called a cloud kitchen at that time). Grab has since been building more kitchens, some of which are built together with smaller startups as a co-branded kitchen, where these startups build the kitchen and Grab operates the digital front.

Other startups operating in the virtual kitchen space are Kraver’s Canteen (which aims to help brands navigate the different ways cloud kitchens can be used to grow their brands), and MadEats and CloudEats (which are more geared towards the development of private label brands).

More players and even traditional restaurants are also seeing an opportunity here and are pivoting to focus on delivery and exploring the dark kitchen space.

Although it is still in the development stage, cloud kitchen as vertical has grown enough for the business model to thrive, believe experts. It will ride along with the growth of food aggregators.

“The consumer interest in the model reached its peak during the pandemic as pretty much every F&B company was forced to act like a cloud kitchen during the crisis,” says Victor Lim, co-founder of Kraver’s Canteen.

“But the challenge was that most executed models were not properly managed. This is because the economics and benefits of building cloud kitchens from scratch didn’t fully translate in the case of a traditional restaurant pivoting to be digital-only. There is certainly plenty of interest but there is also a lot of uncertainty as to what is the best way to apply this new model into their businesses,” Lim remarks.

Indeed, even before the pandemic broke out, cloud kitchen was naturally evolving as a strong avenue for F&B brands to reduce costs as they expand their retail footprint. Brands opted to cater to delivery demands coming from sizeable neighbourhoods through cloud kitchen operations, rather than costly capital outlay related to setting up in retail malls.

“Cloud kitchen also became a strong avenue for both F&B and delivery companies alike to experiment with new F&B concepts. The pandemic accelerated this natural evolution and brought forward that timeline as extended lockdowns created new consumption habits in consumers for delivery-based orders — be it for F&B brands that they are already familiar with or to try out new food concepts to beat the boredom during lockdowns. In fact, many popular F&B brands today in Southeast Asia are born out of cloud kitchens and never ever saw a retail outlet identity,” says Yiping Goh, Partner at Quest Venture.

According to the latest Google-Temasek report, even after the pandemic is checked, customers are expected to continue to prefer ordering online to dining in at traditional restaurants. This behavioural shift is already happening.

“The pandemic has allowed not only the cloud kitchen model to thrive but also created massive shifts in customer behaviour and the Filipino market. The growth of food deliveries, in general, as a segment — combined with the pandemic and the introduction of cloud kitchen concepts — came at a uniquely interesting time, where we are also seeing a rising, younger middle class that is growing more accustomed to digital commerce and online tendencies,” says Lim of Kraver’s Canteen.

“With so many moving pieces and potential opportunities, I’ve found that the speed at which industries can grow is greatly correlated to the speed at which industry leaders drive key initiatives and create the behaviours that they want to push, where the same seems to be true in the way cloud kitchens and online food delivery in general seems to be going,” he explains.

“The insights I get here is that dining in is seen more as something celebratory or for special occasions. There’s just more frequency of use to have food delivered straight to consumers’ homes. It’s more convenient,” notes Mikee Villareal, co-founder and CEO of MadEats. “More and more brick-and-mortar stores have now focused on delivery, which, in turn, gives customers a lot more choices to order from. But the question is that how easy it is to order from these food brands and how good the experience is.”

There are several billion-dollar food businesses in the Philippines, meaning there’s tremendous opportunity to share that market and create a totally new brand.

In Villareal’s opinion, both traditional F&B and virtual or ghost kitchens will eventually merge at one point in the future. “The trajectory I see here is that it all boils down to two things: product-market fit that’s engineered for delivery (if there’s a huge market for the food products that players serve) and that convenient seamless ordering process. F&B and e-commerce will one day combine to form their own industry. That’s what is something that we clearly see in other Asian countries, namely Singapore, Indonesia, and China.

Catching up with SG, ID

The Philippines is catching up with fast-growing markets such as Singapore and Indonesia. “I am optimistic that the Philippines will catch up to both Singapore and Indonesia in the next five years or even earlier. Although the country is a little behind, players are starting to pop up. There’s a clear demand for it,” Villareal goes on. “On top of that, we’re the fastest-growing internet economy in all of Southeast Asia; the Philippine internet economy is expected to grow by US$28 billion by 2025. It is also the social media capital of the world, with 77 million out of 112 million people being active social media users and purchasing things online.”

“We are already in talks with several players in the Philippines and Thailand and feel that they are only one or two years behind Indonesia and Singapore. The trajectory shows that they will also grow rapidly as demand from both F&B brands and consumers are surging in these regions as well,” says Goh of Quest Ventures.

At a macro-level, the Philippines is already seeing many first-time foreign investors coming in to invest in the startup ecosystem, says Foxmont’s Varona. This is most apparent with Kumu (live-streaming), Great Deals (e-commerce enablement), and GrowSari (digitising Filipino sari sari stores).

“Within the last four weeks, these startups announced large fundraising rounds from the likes of SIG Ventures, CVC Capital, Temasek, and IFC. In many cases, this is the first time that these reputable investors have invested in the Philippines. Specific to the cloud kitchen market: it is only a matter of time when other investors see that combining food, logistics, and digitisation is a winning combination in a country with 112 million people, who are incredibly connected to the food culture,” Varona concludes.