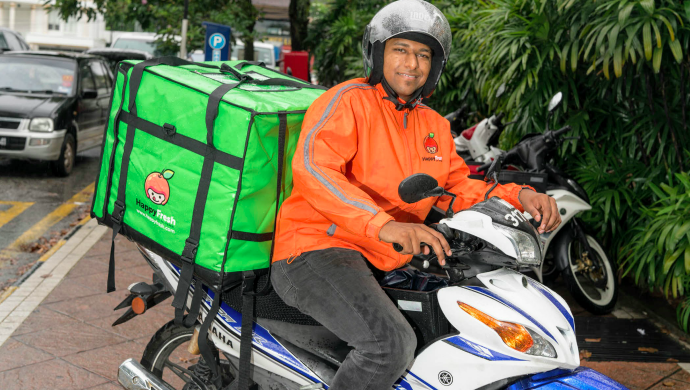 HappyFresh, an Indonesian grocery delivery startup backed by Grab Ventures, has secured US$64 million in a funding round from South Korean investors, including Mirae Asset and Naver Corp, DealStreetAsia has reported citing regulatory filings.

Early this month, The Korea Economic Daily reported that HappyFresh would raise US$33 million from existing investors, including Naver, its subsidiary LINE Ventures, and Mirae Asset, as part of its US$65-million target.

These investors had earlier injected US$20 million into HappyFresh as part of the Series C round in 2019.

It is unclear where HappyFresh intends to deploy the newly raised capital.

When contacted by e27, HappyFresh’s VP (Marketing) and Managing Director (Thailand), David Lim, confirmed the fundraising by adding: “We are actually finalising the press release right now and will be able to share it with you by the end of this week.”

Launched in 2015, Jakarta-headquartered HappyFresh delivers fresh, high-quality groceries to thousands of customers in Southeast Asia’s major cities. The company claims to have seen exponential growth amidst the COVID-10 crisis and clocked a staggering 560 per cent rise in daily active users.

In January last year, messaging app LINE announced a partnership with the grocery platform to launch LINEMAN to provide users with a grocery delivery service on its messaging platform in Thailand.

In September 2018, Grab confirmed that it had picked a minority stake in HappyFresh through its VC arm Grab Ventures.

In January 2017, HapyFresh secured an undisclosed sum in Series B funding led by Dubai-based PE firm Samena Capital. Previously, it received US$12 million in Series A.