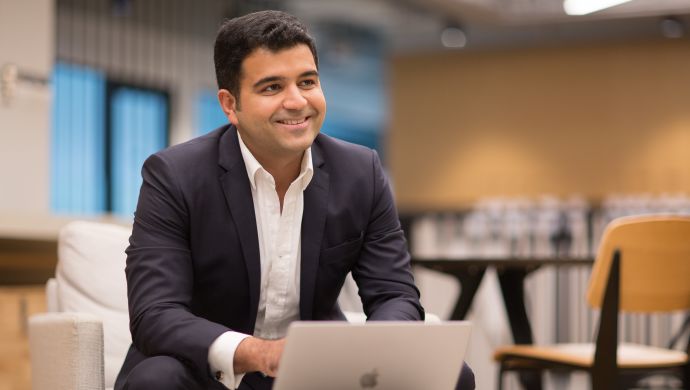 Syfe, a Singapore-headquartered digital wealth management company, today announced that it has closed its Series B funding round of SGD40 million (US$30 million) led by Valar Ventures, the US-based VC firm co-founded by Peter Thiel.

This capital injection comes just nine months after Syfe’s US$18.6 million Series A round led by Valar Ventures in September 2020.

With the latest round, the wealthtech startup’s total capital raised since its launch in 2019 has reached US$52.6 million.

The fresh capital will be used by Syfe to expand into new markets in Asia, invest in top talent, and develop new products and services.

Syfe has also announced it is making all of its employees become shareholders of the company.

Launched in July 2019, Syfe is a Monetary Authority of Singapore- (MAS) licensed digital wealth manager that aims to help people make smarter financial decisions. It enables users to create personalised and professionally managed portfolios with simple steps. Clients get access to Syfe’s wealth advisors and an intuitive investing experience that it claims is low cost and hassle-free.

The platform has no minimum investment amounts and maintains a low annual fee, starting at 0.35 per cent of the total amount invested.

As per a press release, Syfe’s assets under management have quadrupled since the start of the year.

Headcount in Singapore has doubled since the start of the year to 50, taking Syfe’s total global headcount to over 100.

Dhruv Arora, Founder and CEO, Syfe, said: “Managing wealth has become a necessity in this low-interest-rate environment, and we are seeing a significant increase in demand from customers looking for quality solutions.”

Andrew McCormack, Founding Partner, Valar Ventures, said: “Syfe was our first investment in Asia. The opportunity for the company to meet the saving and investment needs of a burgeoning mass-affluent consumer population in Asia remains significant, and we are confident that Syfe will continue to expand at pace. We are looking forward to partnering with this talented, dynamic team in its next phase of growth.”

The wealthtech sector in Singapore, the second wealthiest economy in Asia, has seen accelerated growth over the past two to three years. StashAway is probably the leader in this segment. StashAway, co-founded by former Zalora CEO Michele Ferrario, raisedUS$25 million in Series D funding round led by Sequoia Capital India in April this year.

Earlier this month, Endowus.com, another fast-growing startup, announced a US$22.3M Series A from strategic investors, including UBS, Samsung Ventures, and Singtel Innov8.

On Tuesday, Bambu, a Singapore-based startup providing digital wealth technology for B2B businesses across the globe, announced the acquisition of Tradesocio, a developer of wealth management software for advisors, based in the island nation.