Will Robinhood’s IPO lead to more short squeezes like GameStop? 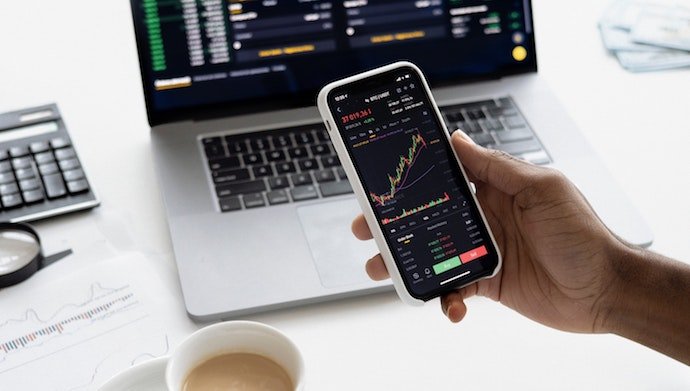 It’s been a chaotic year for investment app Robinhood. The platform played a significant role in the famous GameStop short squeeze in January, where huge volumes of retail investors organised themselves on Reddit to dumbfound hedge funds and send the shorted stock to unprecedented highs.

Now, as Robinhood prepares to go public, could we see more short squeezes like GameStop emerging on a regular basis?

Since the beginning of the COVID-19 pandemic, Robinhood has rarely strayed from controversy. The app’s imposition of restrictions on the investor accounts in the wake of the GameStop saga drew criticism from investors and onlookers alike.

In May, Warren Buffett, one of Wall Street’s most famous figures, likened Robinhood to a casino. “American corporations have turned out to be a wonderful place for people to put their money and save but they also make terrific gambling chips,” explained Buffett.

“If you cater to those gambling chips when people have money in their pocket for the first time and you tell them they can make 30 or 40 or 50 trades a day and you’re not charging them any commission but you’re selling their order flow or whatever … I hope we don’t have more of it.”

However, despite the controversies, Robinhood’s outpaced all of its competitors since the arrival of the pandemic to become one of the biggest names on the investment scene.

As the chart above shows, Robinhood significantly outpaced traditional brokers since the beginning of 2020. Despite drawing criticism in the wake of the GameStop saga, we can see that downloads spiked at the time.

Also Read: 6-month-old Infina wants to become the “RobinHood” of Vietnam with a US$2M funding

Perhaps most significantly of all is that data shows Robinhood account holders have, on average, a much smaller portfolio than those on more traditional brokerage platforms like Morgan Stanley and Charles Schwab.

This shows that the app is consciously seeking to build appeal with more casual investors who are looking to place some spare money into stocks and shares.

With a long-anticipated IPO set to launch in July, Robinhood may well win more appeal among retail investors. But what will the impact of having a dominant retail market on one app be? And could we see more GameStop short squeezes as a result?

The rise of the memes

The age of the pandemic has led to a widespread influx of new retail investors into the stocks and shares landscape. Maxim Manturov, head of investment research at Freedom Finance Europe, believes that the addition of stimulus packages has paved the way for more entrants into the investing landscape than before.

The pandemic supplied additional reasons for the retail investment market to grow. To support the economy, most countries adopted stimulating policies, which brought both the loan and deposit interest rates to historic lows,” Manturov said.

“As an alternative to low-rate deposits, many started investing their savings into stock markets, which posted significant gains last year despite the lockdown and the productivity slump.”

Many of these new arrivals have coordinated with social media users to generate money on apps like Robinhood by squeezing ailing assets.

Recently, individual investors arranged on social media to drive up the price of AMC, a struggling US movie theatre chain, pushing up shares by 71 per cent. Off the back of this momentum, AMC announced a US$230 million hedge fund investment– only for the said fund to dump the shares a matter of hours later claiming the stock had become ‘overvalued.’ Subsequently the stock surged even higher.

This event, which is largely similar to that of the GameStop saga in January, has shown that social media-driven short squeezes aren’t a one-off and that people with spare money are increasingly willing to social-invest in nostalgic or novel companies in order to inflate the value of their stocks and generate greater personal wealth.

The impact of meme investors on social media is such that it’s now not uncommon to see articles appearing on websites like Yahoo! Finance speculating where the next short squeeze may come from by investigating Reddit sentiment and plucking the most frequently discussed stocks out of the forum.

The timing of Robinhood’s IPO could be significant for retail investors looking to capitalise on the next short squeeze. The cryptocurrency landscape is still reeling from Bitcoin’s tumbling price across May and June, and the value of meme crypto assets like Doge is still in retreat.

Robinhood’s flotation coupled with an uninspiring crypto landscape could drive even greater levels of interest towards meme stocks and the lure of short squeezes.

As the data above shows, three notable meme stocks in GameStop, AMC, and Blackberry have all trended upwards following the decline of cryptocurrencies, and Reddit forum WallStreetBets has been eager to pump the three stocks even further.

These aren’t the only stocks that have been targeted, with the likes of Nokia also acting as a nostalgia-driven meme stock and even commodities like silver has seen sentiment growing around it.

Although the pandemic is subsiding, it appears that the rise of meme stocks and sentiment-driven investing is only gathering momentum. The recent surges in AMC price shows that enthusiasm among retail investors for generating quick profits is growing beyond that of the GameStop short squeeze of January.

In going public, Robinhood will open itself up to greater levels of adoption among retail investors. As a result, Wall Street may have to adapt to this new era of short squeezes and social investing.