User retention strategy: Why you need to add social experiences into your app 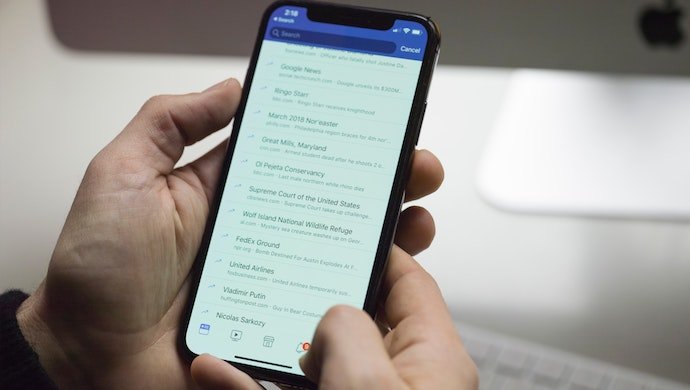 As the app market becomes more saturated, it’s becoming harder and harder for apps to stand out among their competitors. Business of Apps recorded that currently, iOS users can choose from over 1.85 million applications. With 2.56 million apps available through the Google Play Store, Android users have even more options.

App developers spend an average of US$3.52 to acquire app users to register or create an account in an app. However, it is said that not all of these users will stay and use the app.

While app developers go full throttle on their app user acquisition, they fail to realise that they need to prioritise how they can engage and eventually retain their users in this stiff competition –a concept known as user retention strategy.

After all, it takes five times to acquire new customers than to keep one. This number just shows how a clear user retention strategy can be a powerful tool to ensure the success of an application.

User retention is a significant factor in determining the success of an app. If you have an active user base that stays engaged with your product, you are more likely to retain those customers and increase your in-app revenue.

So how can you ensure user retention for your application? Integrating engaging features to help attract and keep users coming back for more might just do the trick.

Social media as the inspiration for your user retention strategy

However, it doesn’t just end there. The prominence of social media continues as more and more people sign up on these platforms. According to Hootsuite’s Digital 2021 Report, social media saw an increase in its users by more than 13 per cent over the past year, bringing the global total to nearly 4.2 billion.

While many social media sites are popping up, users don’t seem to mind signing up on almost all of them. People are comfortable interacting with users from various backgrounds through social media platforms.

The universal desire to socialise, share opinions, and be part of a community where they can be their authentic self is something humans crave — precisely what these social media apps provide.

The innate social nature of humans gives these platform providers a reason to capitalise on this. In a world that is increasingly reliant on digital technology, social media apps have provided a way for people to network and engage on a large scale previously unimaginable offline. By replicating our physical interactions virtually, they allow users to establish connections for socialising anytime and anywhere.

Also Read: How not to build a bot: 3 steps to a cringeworthy chatbot experience

Social will transform your app’s experience

Seeing these results, app developers and companies are catching on. They have noticed the power of social media as a platform and started incorporating social experiences into their apps to increase engagement.

Low-cost airline company AirAsia has launched their super app, a refreshed iteration of their platform travellers worldwide are familiar with. Intending to have an app that users open daily for all their travel and lifestyle needs, AirAsia wanted to connect people to destinations, people to people, and people to all kinds of travel-oriented services.

To increase engagement within their application, they implemented chat features that allowed users to connect while simultaneously fostering communities in-app despite not being able to go on trips due to the pandemic.

It wasn’t long before they saw the results. The number of chat users grew from 2,000 in the first month to over two million by the end of 2020. And new users keep coming every day.

On top of that, AirAsia’s platform became a hub for creating communities, collecting valuable information to improve their services, and offering direct support to their users even when they are not travelling.

Along with AirAsia, there are also numerous successful examples of apps that have integrated social experiences. We see this with GooglePay, which also integrated in-app chat in its platform.

Beauty giant Sephora also utilised user-generated content (UGC), such as reviews and make-up tips, to empower the communities on their platform.

Instead of hosting their customers on other platforms, where users and communities are spread across different applications, these companies opted for in-app social features to boost their user experience, in-app engagement and stay ahead of their competitors.

How do you then translate this to your app?

If you already have an app and want to make sure that your users keep coming back to your platform, adding these social features to your application might be an untapped solution to help you reach your app’s full potential.

Here are three ways  you can enable social experiences on your app:

The future of your app is social

Your app must now start exploring uncharted solutions in the rapidly changing digital landscape to make sure your app survives in this highly saturated app industry. Integrating social experiences similar to those from today’s top social media platforms can help secure you a win in this fierce competition.

Also Read: Why fintech companies should learn about customer retention from e-commerce companies

Integrating social features that enhance in-app connections can replicate their success on your platform. And by adding them, you can create lasting, meaningful relationships with your users, and at the same time, allow them to keep in touch with those with whom they share interests.

Providing social experiences in your app as part of user retention strategy ensures that users return to the platform, drive engagement, increase in-app retention, and open up new revenue streams for your application. And with that, securing an advantage to win your market and stay in the game for years to come.

The post User retention strategy: Why you need to add social experiences into your app appeared first on e27.