The art of blockchain: What is the NFT craze all about? 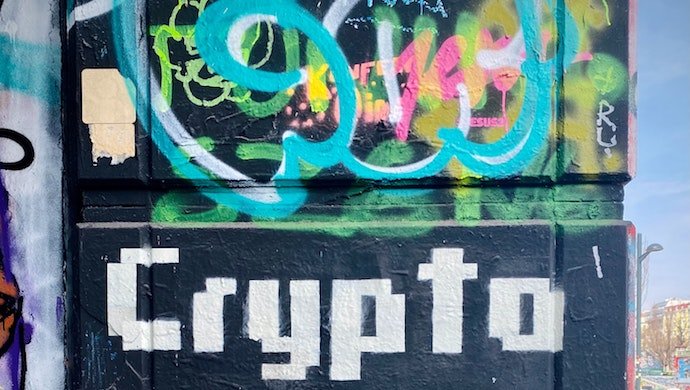 A fresh round of funding recently value cryptocurrency financial services firm Amber Group at US$1billion after raising US$100 million. In the second quarter of 2021 alone, venture capital investment into cryptocurrency and blockchain startups amounted to US$14 billion, according to PitchBook.

For the same period last year, only US$600 million was raised.  The crypto market has been put on a pedestal over the past few weeks given the high-frequency oscillations the market has been experiencing.

Being one of the most thrown around word of the hour, blockchain, the peer-to-peer network that sits on top of the internet is an open distributed ledger that records transactions between two parties efficiently and can be validated by a selected or public audience.

It features “smart contracts” that are triggered automatically after conditions are met. The advancement of technology has spawned new variations of blockchain technology. Today we explore the latest manifestation of this vanguard, non-fungible tokens (NFTs).

nonfungible.com reported that more than US$2  billion was spent on NFTs in Q121, an increase of 2,100 per cent compared to Q4 2020. Coined as the art of blockchain, NFTs took the blockchain world by storm.

Marrying tech and art indefinitely, NFTs created a new wave of an asset class. They are built and supported by the Ethereum blockchain as the protocols designed by Ethereum positions themselves on smart contracts.

These tokens that can be used to identify an item or product gives the minted digital asset a unique cryptographic serial number that affords prominence to that individual piece. It is essentially a one-of-a-kind tokenised deed.

Non-fungible means that it is not replaceable by another of the exact same matter. Technically speaking, every NFT is a unique token on the blockchain where there is only one definitive actual version of it. The best example of a non-fungible product would be a one of one trading card with a unique code identifier.

The most fascinating aspect of an NFT is that it can be anything digital one can think of including immutable ownerships where collectors own instead of lease any item or artwork.

Of prominence now being art, music, gaming, sports, collectibles, metaverses, and even utilities. The majority of NFTs are used in gaming (33 per cent) and collectibles (47 per cent). This is indicative of the option of tokenising real-world assets onto the blockchain.

The very first ideation of NFTs dates to 2012 – 2013 where it was first introduced as Colored Coins, which was made in the smallest denomination of bitcoin, a single Satoshi.

Due to the nature of bitcoin being fungible, the “colouring” in essence made every coloured coin unique to its own and this term made it non-fungible. It was created with the purpose of representing a property, coupons, or even issues of shares, but at its time it was limited by the coding behind bitcoin’s framework.

Fast forward to October 2017, a market-ready version of the token called CryptoKitty quickly found its way into vogue. It was a blockchain-based virtual game that allowed players to adopt, raise, and trade virtual cats. Players could buy, breed, and trade the cats. To date, with already 50,000 generations of kitties bred, more than $30,000 in transactions still occur on the platform every single day.

Outside of artwork and collectibles, the main driver of the NFT market is blockchain-based gaming. Valued at US$180 billion, the gaming industry showed promising growth with the usage of NFTs and blockchain integration.

This decentralisation of the gaming engine gives real-world value to digital in-game assets as players now own instead of leasing gaming assets with it being pegged onto the blockchain. The significance of this integration was expedited by an announcement from Atari on the creation of the Atari blockchain division, bringing modern NFTs into retro gaming.

Sony is looking to release The Six Dragons in which the game’s item trading and crafting are pegged to the Ethereum blockchain, making it one of the first releases by a mainstream gaming platform to incorporate NFTs.

On June 11, Mythical Games, an LA-based NFT games startup secured a US$75 million round of funding led by WestCap to support its first NFT-based title.

Notably, major NFT marketplaces such as Opensea and Rarible have experienced exponential growth of between 50 to 100 times in Q121 sales. Opensea saw US$5 million in cumulative sales in the first week of January 2021 and since then has racked up sales of more than US$100 million. The group has also been successful in raising funds of up to US$23 million led by A16Z.

Even giants such as Nike look to implement their own NFTs for the purpose of authentication. It patented CryptoKicks,  a platform that allows for the attachment of cryptographic IDs to physical products like shoes.

With basic economics of supply and demand disparity driving prices, there were 73,000 NFT buyers and 33,000 NFT sellers in 1Q21, exhibiting bullish signals of interest from newcomers.

In a time where taking a screenshot creates a replicate digital file, a non-fungible token proves that only one digital file is the original or authentic. The uniqueness that comes with each NFT is supported by proven authenticity, traceability via the blockchain, and ultimately its value. Minted on the blockchain itself, NFTs are indestructible and cannot be removed.

In recent years, we have seen the rise and fall and another subsequent rise of blockchain as a technology. Each step sees advancements and progression in this technology and now virtual currencies have started inhabiting our everyday lives as it becomes more pervasive.

All-time high prices have soared to a place where the top line is a constant moving target that inches higher every time. More so after Twitter CEO Jack Dorsey sold a screenshot of his first tweet in 2006 at a price upwards of US$2.5 million.

Understanding the crypto art hype may be a bit of a brain teaser. In truth, it has helped provide artists from emerging economies and underrepresented groups entry to the global art market that was padlocked before.

Also Read: Blockchain and Bitcoin for business 101 with Justin Renken

Tokenising real-world assets and creation of ownership of digital assets are nascent concepts. As we move along, infrastructure for NFTs will improve and chances are it will only get better with higher adoption.

Until then, the mainstream market’s acceptance will be a hurdle interwoven in the path of NFT.

The post The art of blockchain: What is the NFT craze all about? appeared first on e27.