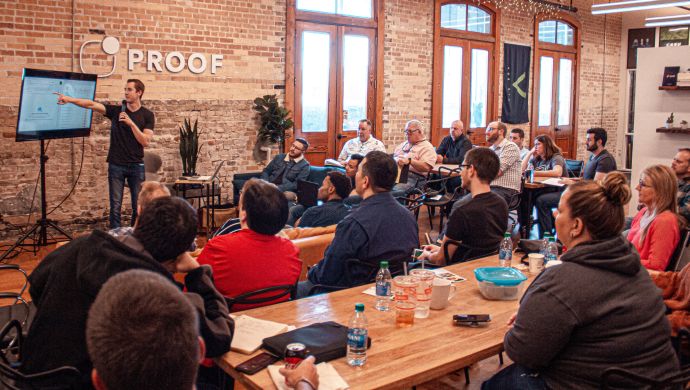 Funding and acquisition news in the startup ecosystem always manage to attract the attention of both the media and industry players.

There are many reasons behind this fascination. First, it helps the ecosystem to indicate trends in the market as reflected through investors’ appetite. Second, it is also a way to show, of all the existing startups in the ecosystem today, which one is able to gain investors’ trust and secure the funding to help them move forward?

When the e27 team was curating the companies for the Funding and Acquisition category on e27 Luminaries, the ticket size was not the only consideration that we made. We also look at other factors such as the country where the startup originates from or the potential of the startup to tackle some of the greatest challenges of our time.

Here are some of the highlights from the companies in the list:

Right at the beginning of the pandemic, in March 2020, Doctor Anywhere announced a US$27 million Series B funding round led by Square Peg. The funding round followed the company’s expansion into Thailand.

In a contributed post to e27, the company explains how they tackle some of the unique challenges brought by the pandemic for a healthtech startup such as them.

“The COVID-19 pandemic continues to challenge us to be more agile and adaptable in our operations while keeping our users at the heart of what we do. What has been key to our efforts is the selflessness of our team, who step in to cover for each other whenever we need an extra pair of hands,” Tang Rei En writes.

At the beginning of 2021, Philippine-based Expedock announced that it raised a US$4 million seed funding round. This investment also included a US$2.5 million investment by Ali Partovi, who had previously backed the likes of Airbnb, Dropbox and Facebook.

Supply chain and logistics continue to become a promising vertical in the SEA region. In addition to attracting high profile investors, this funding round was also notable in terms of ticket size and stage. It allowed us to feel more optimistic about the future of the Philippines as the next popular destination for investors.

Expedock nominated Chief Product Officer Jig Young for developing a product that gained the attention of investors and users.

In May 2020, Jakarta-based GudangAda announced a massive US$25.4 million Series A led by Sequoia India and Alpha JWC –soon after raising a seed funding round in the same year. This brought the total investments that it has raised to US$35 million.

In an interview with e27, Founder and CEO Stevensang stated that the company was looking to raise a Series B funding round.

For e27 Luminaries, the company nominated Andre Widjaja, Chief of Business Development, for building the sales and BD team and preparing it for expansion.

In the middle of 2020, Indonesia-based KoinWorks secured a US$10 million funding round from Lendable to help local SMEs raise funds online.

The company also claimed that it has hit probability as it secured 100,000 SMEs as early adopters of its NEO products.

It nominated CMO Jonathan Bryan for his success in maintain brand position amidst a challenging time.

In a statement, ZASH said it believes that Lomotif is one of the fastest-growing video-sharing platforms in Latin America, Asia, Europe and West Africa, and its acquisition can put ZASH at the top surpassing TikTok and Kuaishou.

Also Read: Despite the pandemic, these e27 Luminaries successfully spread their wings into new markets

In 2020, not only that Moovaz managed to secure a US$7 million Series A funding round led by Quest Ventures, the company also announced two acquisitions of companies in various verticals.

In June, it acquired SPH’s expat community media platform The Finder to build its digital community, followed by another acquisition of GetVan in September.

The company named Ming Hui Lee, Head of Operations, for ensuring smooth operations of the company during COVID-19.

The pandemic has been an interesting moment for startups in the property sector as it provided unique opportunities to combine the offline and online world to meet customers’ need for a safe way to view and acquire properties.

Alt food startups are having a moment in 2021, but we have seen the momentum growing since 2020. In September, the Singapore-based startup announced a US$12.6 million Series A funding round to bring its cruelty-free shrimp products to the market.

The company nominated COO Durgalakshmi Sathiakumar for building a resilient team to enable growth and survival throughout COVID-19.

In July 2020, space tech startup Transcelestial raised US$6.9 million in funding co-led by EDBI and Wavemaker Partners. Also joined the round are Airbus Ventures, the VC arm of Airbus; Cap Vista, the strategic investment arm of the Defence Science and Technology Agency of Singapore; Partech; and Tekton Ventures.

The funding round was followed by a US$2 million funding from Ayala-backed Kickstart Ventures.

For e27 Luminaries, the company nominated Kelvin YEO, SVP & CTO, for doing an “amazing job” in leading the team for the launch of the CENTAURI

The e27 Luminaries is an initiative by e27 to celebrate the unsung heroes of the SEA startup ecosystem. Discover these notable companies and individuals here.

The post These e27 Luminaries secure notable fundings, acquire companies at the height of the pandemic appeared first on e27.