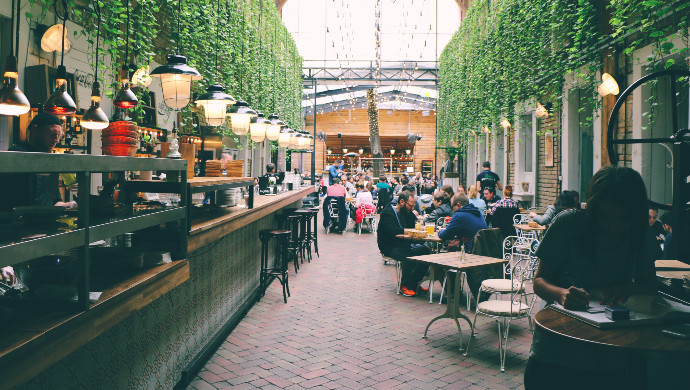 Alt.Flex.Eat: Flexitarianism is the flavour of the SEAson; Why is Southeast Asia witnessing great growth? What is attracting global alt food startups and investors into this region?; A deep-dive into the region’s thriving sustainable food industry.

Indonesia e-commerce unicorn Bukalapak plans to go public in July; Bukalapak said it intends to offer “up to 25% of enlarged capital” but did not reveal details; Reuters had previously reported that the company was aiming to raise around US$800M, with a valuation of between US$4B and US$5B, citing sources.

With US$356M in funding so far this year, Indonesia’s wealthtech startups bask in the spotlight; Indonesia has doubled the total number of investors in its capital market since the pandemic began in Jan 2020; However, this is just a beginning; With 5.4M registered investors, its capital market penetration stands at a mere 2%.

Goldbell Investments in talks to launch US$60M Asia-focused venture fund by next year; Titled Cube3 Ventures, the fund plans to invest mainly in startups operating in smart mobility, automotive, logistics sectors; It plans to pump in capital in the range of US$500K to US$2M in pre-seed to Series A.

Vertex Growth secures US$15M from Korea Venture Investment’s Foreign VC Investment Fund initiative; It will invest in Korea’s home-grown startups, as well as foreign businesses owned by Korean founders with disruptive and scalable products; According to its latest report, Vertex has identified Japan and Korea as key markets that are set to gain global prominence.

Society Pass acquires Leflair to relaunch it in Q3; Leflair was a fashion e-commerce startup, which was closed down last year due to a capital crunch and operational issues despite raising nearly US$12M; When Leflair filed for bankruptcy last year, it was confronted with suppliers who said that the startup still owned them a large sum in unpaid goods.

Gorilla Mobile’s blockchain-powered offerings are giving rival telcos a run for their money; By converting the unused roaming data into digital tokens, users can reuse them to purchase another data plan in a different city or country; The startup has already raised US$3M in seed capital and targets to close a US$5M Series A shortly.

How Doctor Anywhere stepped up to the COVID-19 challenge; During Circuit Breaker, most residents were uncomfortable with visiting the clinic, even if they were feeling unwell; This was an opportunity to demonstrate how Doctor Anywhere’s services complemented Singapore’s existing healthcare infrastructure.

Global early-stage VC Antler enters Vietnam; The Vietnam operations will be led by Erik Jonsson, former MD of Lazada; Antler plans to kick off the country’s programme later this year and invest in companies through its SEA fund.

Singapore to increase spending on ICT to US$2.8B; The projected spending will go towards transforming the government’s digital services and digital infrastructure; SMEs will also get more opportunities; They will be able to participate in nearly 83% of these procurement contracts.

APAC businesses worry about slow economic growth, increased competition and employee safety, says study; With remote working likely to stay for now, 78% of those surveyed expected their company to increase reliance on it to meet business goals; Over the next 6 months, the top 3 technologies executives see their companies harnessing are AI and ML (52%), cloud computing (49%), and 5G (38%).

5 hottest healthtech startups in Singapore; They are Doctor Anywhere, Holmusk, EndoMaster, Doc Doc, and Docquity; The COVID-19 pandemic increased the adoption of healthtech in Singapore with limited access to doctors amidst lockdowns and movement restrictions; Experts believe that healthtech will become more relevant during the post-pandemic era because of its transformation to healthcare delivery.

Photo by Petr Sevcovic on Unsplash

The post Ecosystem Roundup: How tech is rewriting our food menus appeared first on e27.