Trading apps enabling sophisticated buy-sell of financial products: a boon or a bane? 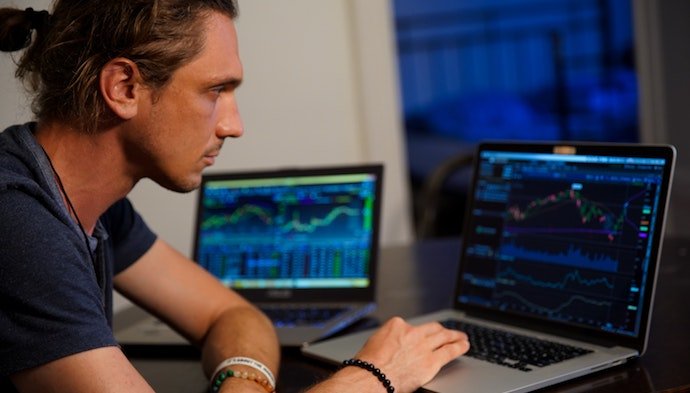 The interest in day trading among retail investors has been on the rise. Drawn in by easy-to-use, commission-free trading platforms, millions of young and inexperienced investors began piling into financial markets.

In January alone, rolling net inflows from retail traders in public equity markets was over 10x that of the same period last year, according to VandaTrack. Not only that, trading volumes in derivatives, which tend to be riskier than stocks, had also jumped in the past 18 to 24 months as it became easier for retail traders to trade such complex instruments.

Early last year, when the pandemic brought economies to a standstill, major stock market indices around the world experienced their sharpest falls since the 2008 financial crisis.

As confidence in the markets recovered, the S&P and Nasdaq returned a staggering 80 per cent and 100 per cent respectively from their March 2020 lows. The strength of this recovery was felt most strongly in several distinct areas of equity markets, such as in technology, e-commerce, and work-from-home related stocks.

Suddenly, equities have become a somewhat predictable source of investment returns, and news of this source of ‘easy money’ began flooding chat rooms and social media popular among young retail traders, with many sharing strategies and coordinating buying sprees into some of the most crowded individual trades on the market.

All hell broke loose when a week of frenzied options trading activity led to a rapid short squeeze which sent share prices of underperforming companies like GameStop, BlackBerry, and AMC skyrocketing. Several institutional fund managers which had succumbed to massive losses from betting against these companies in a spectacular fashion were forced to seek bailouts from other funds.

At first, early gains won during the initial surprise attack on Wall Street led many retail investors to rejoice in a “successful” ‘retail rebellion’. But soon, the establishment quickly reasserted its influence over markets and retail trading platforms were forced to halt buying on their apps.

Such limitations quickly curtailed momentum and sent prices down in a spiral. Many retail investors who bought in at massively elevated prices during the short squeeze were forced to ride the share prices back to baseline, suffering heavy losses.

The debacle, dubbed ‘GameStop Saga’ by many, brought into focus the debate for and against commoditising stocks and derivatives trading. In many aspects, a surge in retail enthusiasm for the stock market is a good thing.

For one, long-term investments in the stock market have tended to be a wealth generator, not just for institutions but also for the average middle class investor. Not only that, the success of Corporate America has also been a prime example of how deep and liquid equity capital markets have helped companies build new businesses, spend on research and development, hire workers, and drive a country’s economy.

There are, however, obvious downsides. As Mohamed El-Erian of the Financial Times pointed out, retail investors represent a ‘leaderless and fragmented group that often lacks staying power’. Institutional investors can and will capitalise on the structural disadvantages inherent to retail investors’ strategy.

Already, regulators are beginning to take notice. However, they face difficulty in balancing competing issues.

Retail trading now accounts for 15-20 per cent of trading volumes on an average day and has given rise to unusual market dynamics that add to market volatility and systemic risk.

On the other hand, lawmakers, including the likes of Rep. Alexandria Ocasio-Cortez are questioning if Wall Street is to be granted exclusive rights to a market misdemeanour.

In many ways, the rise of retail trading as a force to be reckoned in financial markets was akin to a political uprising that demands inclusion and participation. The democratisation of trading has made it easier than ever for the young and average to join in the game, for better or worse.

Regardless, there may be the place for some friction in the form of tighter checks and balances at both ends of the investor spectrum.

The post Trading apps enabling sophisticated buy-sell of financial products: a boon or a bane? appeared first on e27.