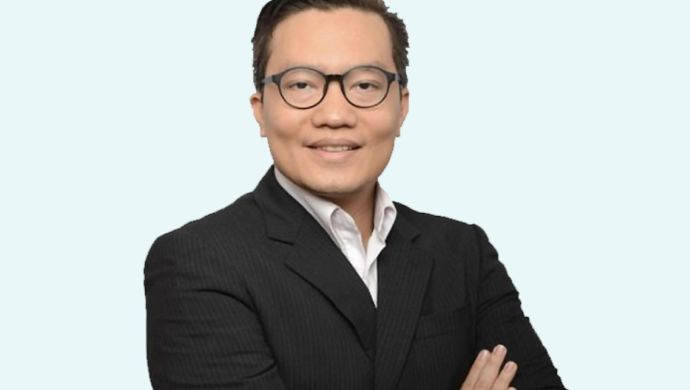 Digital banking is one of the hottest trends in the Indonesian tech startup ecosystem today –and for good reasons. Earlier this year, we have witnessed how major players in the ecosystem entered the battleground, such as Gojek with their Jago app and Bukalapak with their collaboration with Standard Chartered.

Recently, even LINE Messenger app announced its participation with the launch of its banking platform, launched in partnership with KEB Hana Bank.

Traditional banking institutions in the country certainly do not want to miss out on the opportunity, and of the existing players in the ground today, BRI Agro is one with a rather unique background and preposition.

Founded in 1895 in the Dutch colonial era, Bank Rakyat Indonesia (BRI) is the country’s first state-owned bank with a long history of serving customers in rural area. It has long been known for providing financial services and products that cater to the needs of an agricultural society, such as commercial loans for farmers and migrant workers.

But entering the digital era, the bank has started to make a transformation. In 2019, BRI introduced its VC arm BRI Ventures, led by former MDI Ventures CEO Nicko Widjaja. The VC firm has invested in leading names in the ecosystem, including PayFazz, Modalku, Bukalapak, and Investree.

Following up on that, the bank also prepared its subsidiary BRI Agro to become the next prominent players in the local digital banking ecosystem.

“Global funds are now looking into Southeast Asia for investments in digital banking as we have begun to show readiness in our infrastructure. The branch-centric banking model of the past has become obsolete even in 2020,” BRI Agro CEO Kaspar Situmorang tells e27.

Situmorang was appointed to the position as recent as April 2021. Previously, he was the EVP of Digital Banking Development and Operations at BRI. During his time, he initiated an open banking initiative that was one of the first to be introduced in Indonesia. Before joining BRI, Situmorang worked in notable tech companies in Germany, Singapore, and the US.

So, what is BRI Agro’s strategy in winning the Indonesian market through digital banking services? How do they differ from similar platforms? Situmorang shares the details in this interview.

We also discuss intriguing points from his recent contributed post on fintech trends in Indonesia.

The next frontier: Gig economy workers

Situmorang begins our discussion by explaining the state of digital banks in various markets. According to him, despite its promise and popularity, digital banks in the US and Europe continue to struggle to be profitable.

“The three profitable digital banks in the world … are those who have successfully explored [the potentials] of their existing ecosystem. This is the reason why, even in the US, digital banks have yet to make profits as there is an imbalance between their customer acquisition cost (CAC) and the customer lifetime value,” Situmorang elaborates. “The profitable ones are those who acquire customers from the existing ecosystem which resulted in a very low CAC.”

Before explaining how BRI Agro aims to tap into the potentials of the ecosystem, Situmorang gives an exposition of the leading players in Indonesia’s banking ecosystem today.

First, there are the hybrid banks which are defined by their use of digital technology to improve the existing traditional banking processes. Fifty-two per cent of the market in this segment in Indonesia have already been captured by leading private and state-owned banks, including BRI.

Second is the sharia-based bank which is dominated by Bank Syariah Indonesia, the result of a merger between three state-owned sharia banks.

Lastly, there are the digital banks. While Situmorang acknowledges that state-owned banks are yet to become a market leader, he says that BRI Agro is prepared to compete in this segment.

“We are fully prepared from the aspect of talents and licensing,” he states.

With this network as a foundation, BRI Agro aims to target Indonesia’s growing gig economy workers as its main audience.

Situmorang further defines these gig workers as those who may have experienced being laid off during the pandemic, but could not be considered ‘unemployed’ as they have been branching into various online-based gigs since then. This group consists of a wide range of profession from ride-hailing drivers to social media influencers.

“In Tier 2 and 3 cities in Indonesia, we have seen cases of young customers who work as a farmer in the morning and do dropship business throughout the day, before turning into ride-hailing drivers at night,” Situmorang elaborates.

“Our approach is different than other banks who are targeting the lifestyle segment who consists mainly of young customers who only use their phone to play TikTok or stalk their exes, instead of making a living. Because, last year, the number of gig economy workers in Indonesia has reached 46 million. This is a 27 per cent increase from the previous year and we are expected to reach 74 million by 2025,” he continues.

For these customers, BRI Agro is going to offer its banking products and services through the network of BRILink agents and other agents in the network of BRI Ventures’s portfolio companies such as PayFazz or Bukalapak.

By using the B2B2C approach, BRI Agro believes that it can balance out its CAC and lifetime value.

“While BRI’s goal to provide banking services to the unbanked, our goal is to reach the underbanked –those who are yet to use banking products and services apart from bank accounts,” Situmorang says.

In his recent opinion piece published on e27, Situmorang writes about how ASEAN fintech brands have been playing on the shallow end by dabbling in lending or simple payment services.

“We need to look into the future. We act as if there was already a saturation in the market when there are still segments that remain untouched,” Situmorang says.

“This is what we call the new SMEs. Of the 60 million MSMEs in Indonesia, 46 million of them are already online, but what about the rest? Many banks are unwilling to facilitate these businesses because the data was not yet available … but now that we have it, we want to be on the forefront in this segment,” he stresses.

When asked about how the digital banks scene is going to be like in Indonesia within the next few years, Situmorang says that digital bank positioning in Indonesia will remain slightly complicated. But there is one thing that he is certain of.

“There will be two types of players: The digital banks that are part of a larger finance ecosystem, and those whose construction is not part of any ecosystem. The latter has a greater potential to fail as we have seen in Europe or the US,” he closes.

The post BRI Agro CEO Kaspar Situmorang: Why tapping into the ecosystem is key to a digital bank’s success appeared first on e27.