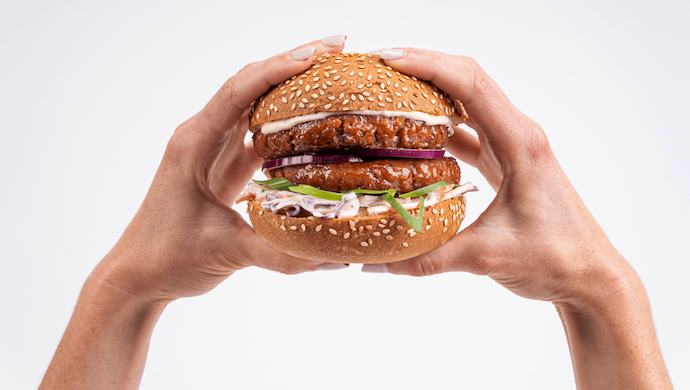 This article is published as a part of a partnership with Future Food Asia. Aqua Development is one of the 10 finalists of the US$100,000 Future Food Asia (FFA) 2021 Award to be hosted from June 6-11.

Meat analogues are not new to Asia Pacific. Use of them can be traced to back to centuries ago, influenced by the restricted diets of Chinese Buddhism. Traditionally, wheat-gluten or soy-based products were common ingredients found in meat analogues.

One example is tempeh in Indonesia, a traditional fermented soy-based food originating from Java. Another example is soy milk in Japan, a conventional ingredient used to make yuba (curdled soymilk) which is usually eaten alone or thinly sliced and prepared with vegetables.

Over the years, with advancement in extrusion and flavouring technologies, plant-based meats have become more meat-like in appearance and texture. Soy-based meat analogues have garnered the largest market share in Asia.

Meanwhile, other proteins like pea, mycoproteins, and lab-grown cultured meat are also showing growth in this region. To appeal to mainstream meat-eaters, plant-based meat products were developed to mimic favourite foods in familiar formats like burger patties and sausages.

However, as most of them remain processed packaged foods – questions are being raised on their nutritional value.

One company in New Zealand, uses not only soy and pea but also hemp. The crop is rich in complex protein delivery and considered one of the most nutritionally complete food sources in the world.

Though Auckland-based Sustainable Foods is among the first to adopt it in the alternative meat industry.

About three years ago, Justin Lemmens along with his old colleague and now cofounder Kyran Rei decided to challenge themselves. “We wanted to see if we could develop delicious plant-based food as a tasty alternate that more people would choose to eat while ensuring these products were produced sustainably,” says Justin Lemmens, CEO of Sustainable Foods.

Today they have burgers, mince, sausages along with several different plant-based chick*n products. Hemp has been their hero on this journey. Hemp is a unique ingredient in this world-first product.

It brings great flavour, texture, is locally grown and is considered one and of the most nutritionally complete food sources in the world. Working with strategic partners in NZ we have co-developed an IP and taste that surprises and delights all who try.

New Zealand is well respected globally as a food innovator and producer of natural, healthy foods that taste great. While there are many NZ agencies and groups that support entrepreneurs in their journey to innovate the international market is growing at such exponential rates that NZ small business may not be able to scale in time to take an appropriate slice of the market.

This is especially true when we consider the investment and support countries like Singapore has established in the last 12-18months alone.

Sustainable Foods have plans to create space, in our new facilities launching later this year, for plant-based excellence that supports companies with their journey from sustainable food innovation through to manufacturing based in the lower North Island.

The concept is based around a shared value creation model and seeks collaboration with local farmers, investors, government and development agencies and entrepreneurs.

Made in New Zealand, for the world

Despite the chaos caused by the pandemic Sustainable Foods launched their white plant-based chicken six months ahead of schedule and is now available in various restaurants across the country. But product innovation continues to be a key focus.

They are exploring new novel proteins like duckweed, mamaku and seaweed to constantly evolve the nutritional value of our product. In addition, they are looking to increase the accessibility of plant-based protein products to ASEAN countries at more relevant price points.

“We are constantly looking to close losing the gap between our team’s ambitious plans and securing partners and investors to achieve them. We are at a critical inflexion point where we need collaborators and capital to fuel our growth in local and international markets.

“Being on the Future Food Asia stage is a unique opportunity we greatly value, it provides us insights into some of the latest industry thinking and the much-needed platform to share our story,” says Lemmens.

Sustainable Foods has adopted a “field-to-plate” approach, which has led to the framing of one of their product principles of– having crops with New Zealand provenance as their key ingredients. The team is confident of these nutritious and delicious products being enjoyed not only locally but globally.

Unlike many other food brands, the company’s primary target for expansion is Asia –rather than the US and Europe. The region has a large and rapidly growing plant-based meat market, and they believe their plant-based chick*n, is perfectly suited for the Asian customer taste preferences.

The post How New Zealand-based Sustainable Foods is harnessing the power of hemp to produce meat products appeared first on e27.