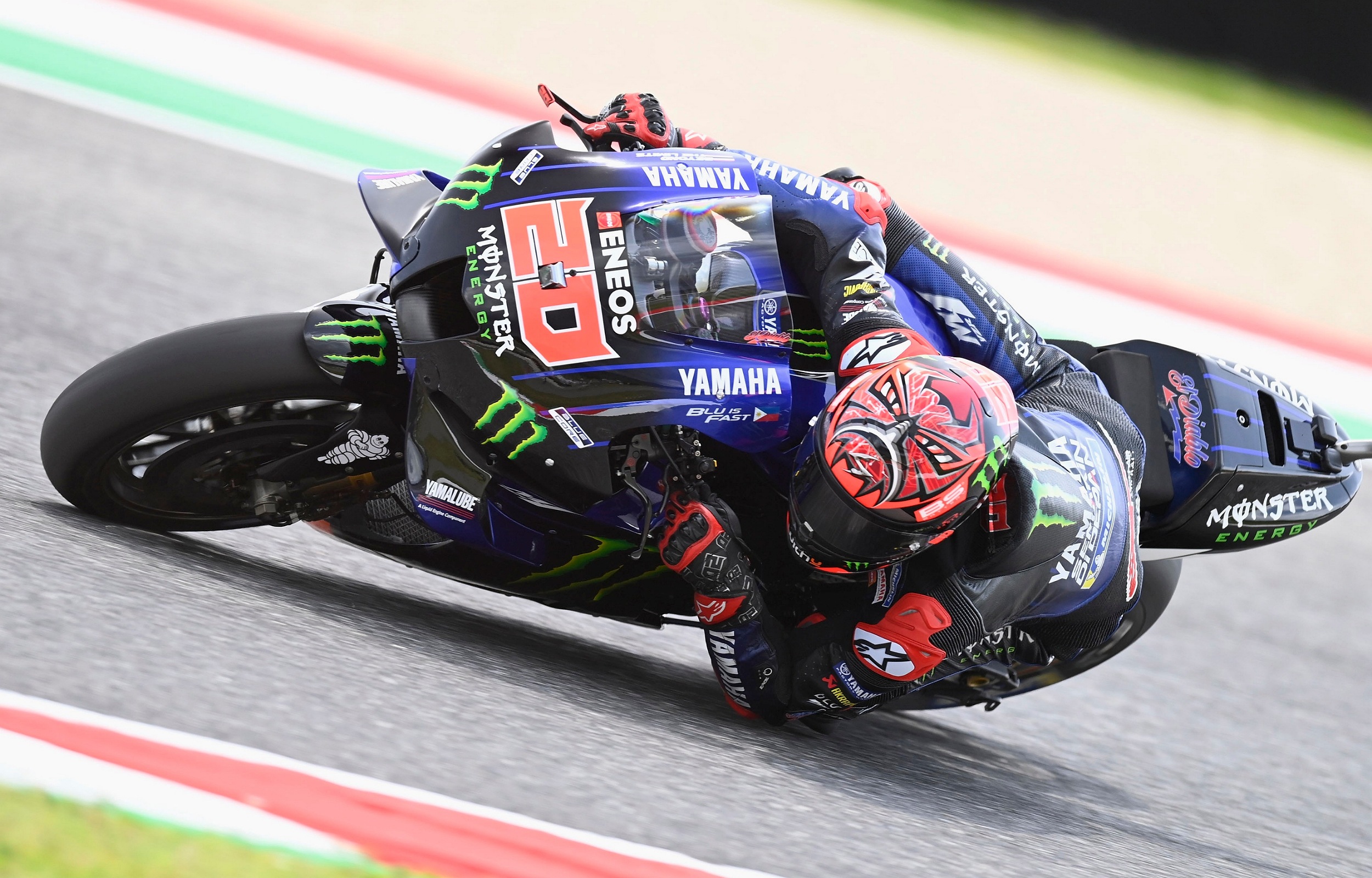 Fabio Quartararo dominated the Italian MotoGP on Sunday at a Mugello circuit shaken by the death hours earlier of Moto3 rider Jason Dupasquier.

Yamaha’s French world championship leader held up a Swiss flag on the podium in honour of his 19-year-old “friend” whose promising young career was cut short in brutal fashion.

The Swiss teenager’s death was announced around midday by MotoGP organisers after he succumbed to injuries sustained in a multi-bike crash in qualifying on Saturday.

Quartararo crossed the line with over two and a half seconds of daylight back to Portugal’s Miguel Oliveira in second, with reigning world champion Joan Mir completing the sombre podium after losing a place because of penalties incurred. The sixth leg of the season was preceded by a minute’s silence for Dupasquier – the sport’s first fatality since Luis Salom died in practice at the Catalonia Moto2 Grand Prix in Barcelona in 2016.

As the MotoGP roadshow perservered despite the tragic circumstances, it was Quartararo, who had set a new lap record when securing pole on Saturday, who emerged with his third win of the season to tighten his grip on the riders’ standings.

He now has a 24-point cushion over Zarco with Francesco Bagnaia, an early faller Sunday, a further two points back in third and Australian Jack Miller, winner of the two races before Mugello, in fourth.