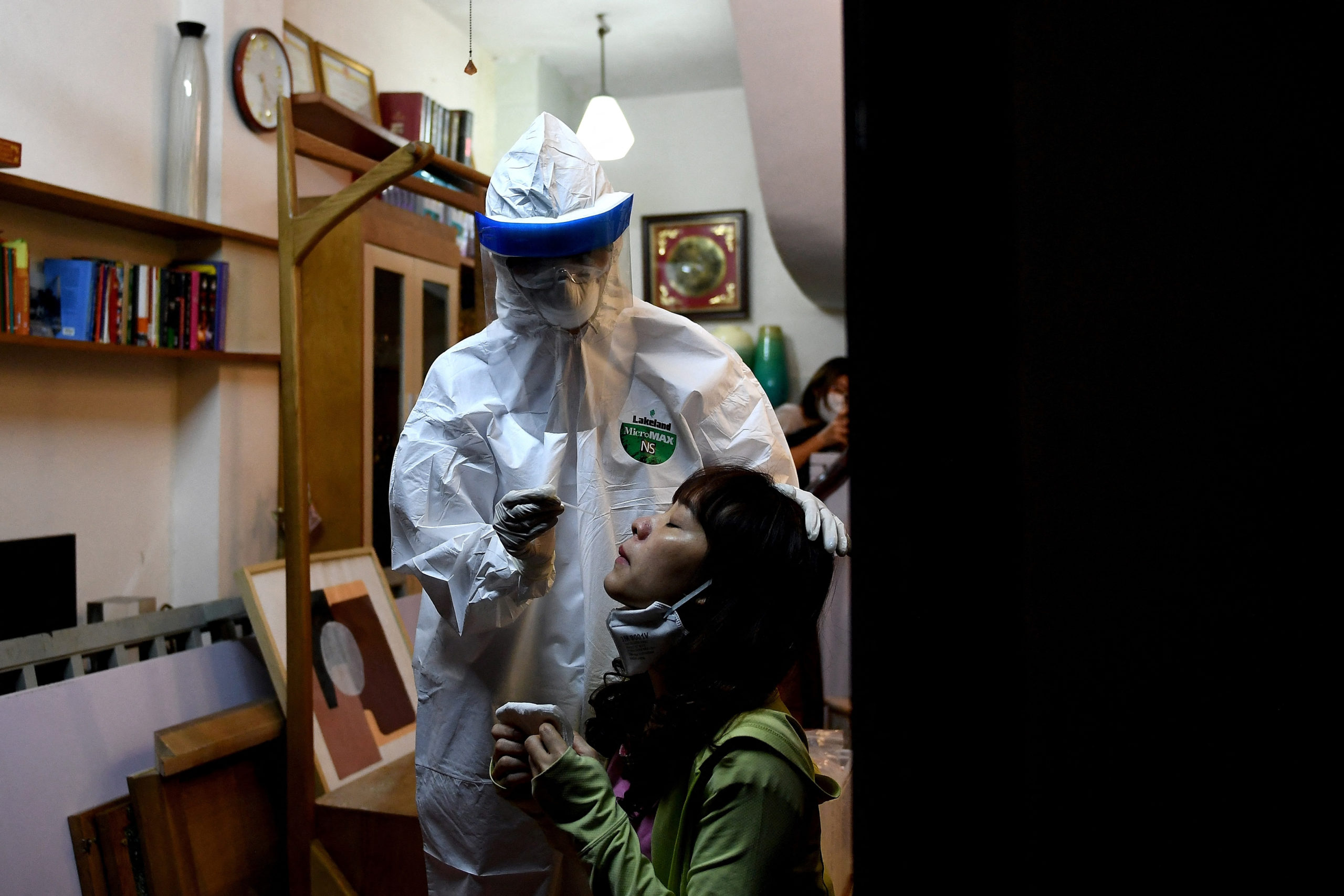 Vietnam has discovered a new Covid-19 variant which spreads quickly by air and is a combination of the Indian and British strains, health officials confirmed Saturday.

The country is struggling to deal with fresh outbreaks across more than half of its territory, including industrial zones and big cities such as Hanoi and Ho Chi Minh City.

More than 6,800 cases including 47 deaths have been reported in Vietnam, with the lion’s share occurring since April.

“We have discovered a new hybrid variant from the Indian and the UK strains,” Health Minister Nguyen Thanh Long told a national meeting on the pandemic Saturday, according to state media.

“The characteristic of this strain is that it spreads quickly in the air. The concentration of virus in the throat fluid increases rapidly and spreads very strongly to the surrounding environment.”

He did not specify the number of cases recorded with this new variant but said Vietnam will soon announce the discovery in the world’s map of genetic strains.

Vietnam’s Central Institute of Hygiene and Epidemiology said in a statement Saturday that its scientists had detected gene mutations in four out of 32 patient samples through gene sequencing.

There were seven known coronavirus variants in Vietnam before Long’s announcement, according to the Ministry of Health.

The new round of infections has made the public and government fearful and authorities have quickly moved to place strict limits on movement and business activity.

Cafes, restaurants, hair salons and massage parlours as well as tourism and religious spots have been ordered to close in various areas of the country.

Vietnam — a country of 97 million people — has vaccinated a little over a million citizens.

It is now ramping up its jab rollout and hopes to achieve herd immunity by the end of the year, according to the health minister.

Authorities have called on people and businesses to donate money to help procure vaccines, while embassies and international organisations have been contacted for assistance, state media reported.

It is also in talks with Russia to produce Sputnik V, according to state media, and is working on a home-grown vaccine.

In nearby Thailand, the government on Saturday took exception to media reports in Britain that labelled a new strain causing concern there as the “Thai variant”.

The strain was first detected in Thailand in a 33-year-old Egyptian traveller, UK health authorities said, but 109 cases have since been found in Britain.

“Principally speaking, it should not be called the Thai variant because the infected person is from overseas,” said Opas Kankawinpong, head of Thailand’s disease control department.