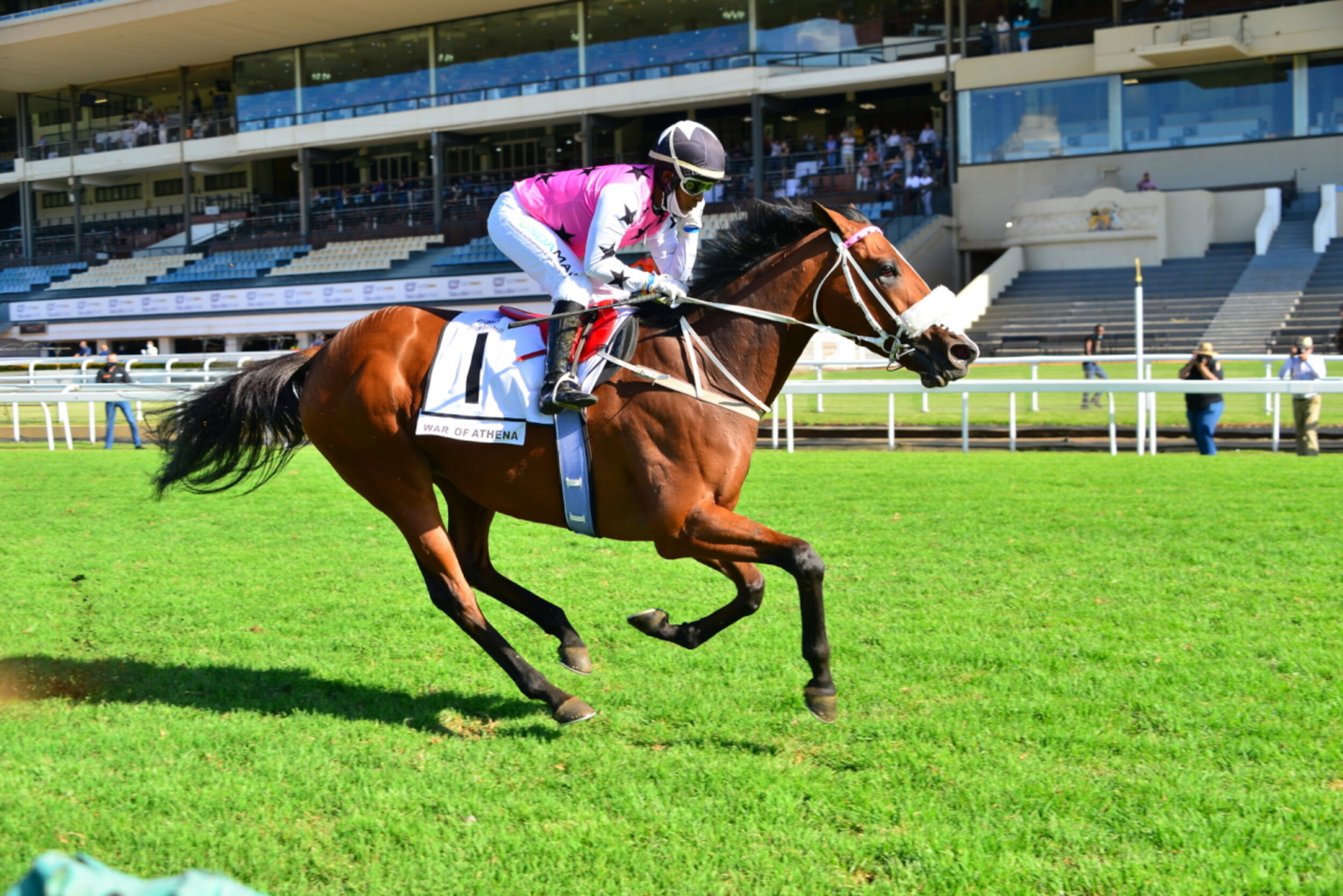 Linebacker versus Kommetdieding in the Daily News 2000 shapes up as an epic battle at Greyville on Saturday – with the winner gaining a key psychological advantage ahead of the duo’s next assignment, the Vodacom Durban July on 3 July.

The former won the KZN Guineas in fine style at the beginning of May, following on from a similarly classy effort in taking the Cape Derby two months earlier, and is the sort of progressive youngster that can have a big impact on the July.

Kommetdieding had built up a big following with four wins in four in his home base Cape Town, but came down to earth with a bump in the Guineas, finishing third behind Linebacker.

But the fellow with the amusing name did have excuses – mainly that a wide draw at the 1600m start meant he had to concede critical lengths in the early stages around the Greyville turn. Then he was hampered as he started to make a forward move. But his finishing speed to get up to third was eye-catching.

The Daily News is over 2000m, which means Kommetdieding and jockey Sihle Cele have more time and space to sort themselves out when the gong sounds.

It would be a heart-warming moment if Kommetdieding could pull it off for his training team of Harold Crawford and daughter Michelle Rix – surely it would be their finest achievement.

Linebacker, trained by Vaughan Marshall and ridden by Grant van Niekerk, will not be easy to beat. Nor will Johan Janse van Vuuren-trained Second Base, who raids from Joburg with five wins from 10 on his record and an encouraging showing in the Malmoos-dominated Triple Crown.

The fillies companion piece, the Woolavington 2000, doesn’t seem to offer the same level of competition – though racing is a strange beast. War Of Athena is odds-on to continue on her winning trail and register her sixth in a row and ninth overall.

That’s some victory haul for a three-year-old filly and, unless one of her rivals has been improving dramatically on the quiet, Paul Matchett’s charge will deliver as the day’s banker bet.

Punters are advised that the Greyville meeting has been designated a World Pool event by the Hong Kong Jockey Club, so pools and pay-outs for Win, Place, Swinger and Quinella bets are likely to be bigger than usual. The Pick 6 pool is predicted to top R5 million.

Value: Race 8 No 11 Miracle And Wonder